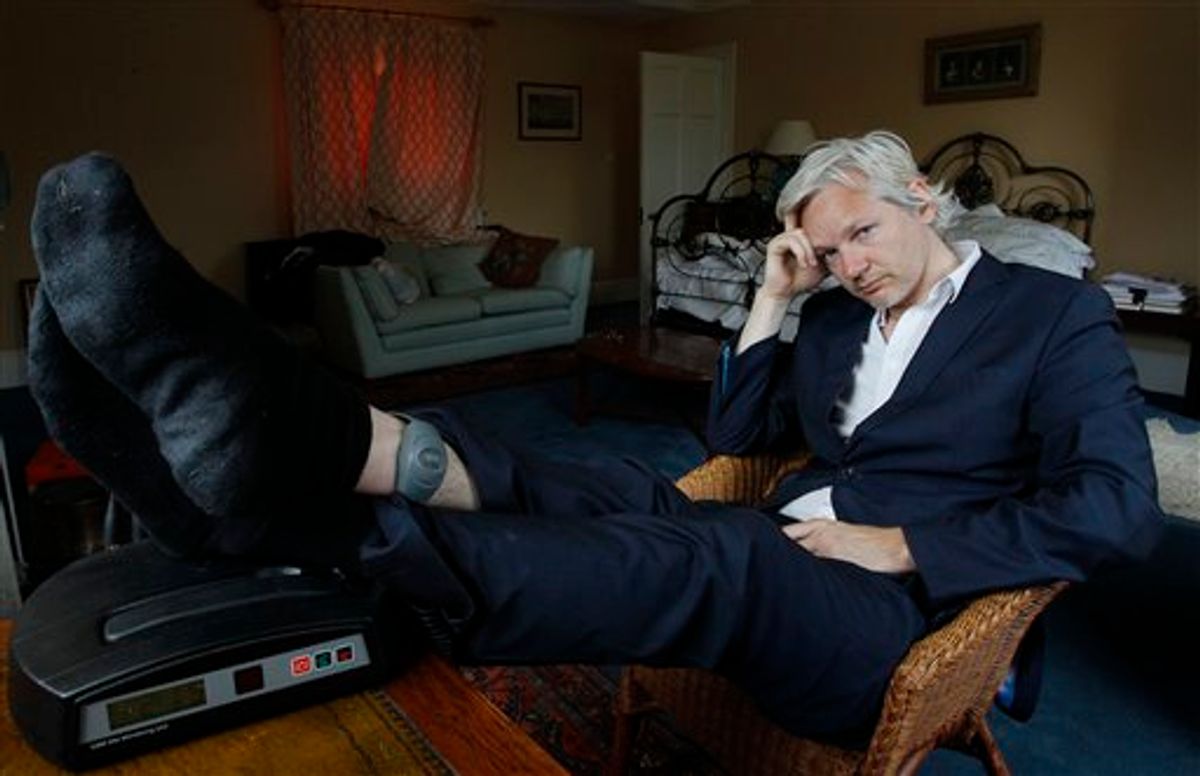 WikiLeaks founder Julian Assange is seen with his ankle security tag at the house where he is required to stay, near Bungay, England, Wednesday, June 15, 2011. Assange says his house arrest over sex allegations is hampering the work of the secret-spilling site, and his supporters accuse Britain of spying on him. The 39-year-old Australian has spent six months at a supporter's rural estate as he fights extradition to Sweden, where he is accused of the rape and sexual assault of two women.(AP Photo/Kirsty Wigglesworth) (AP)
--

Julian Assange has been under house arrest in Norfolk, England for 191 days now. As he fights efforts to extradite him to Sweden for allegations of rape and sexual molestion, WikiLeaks has released a short film documenting Assange's daily routine and the logistics of his confinement.

The film crew follows Assange on trips to the police station and shows him working to keep WikiLeaks viable from an 18th century manor owned by journalist Vaughan Smith where he's under lock-down.