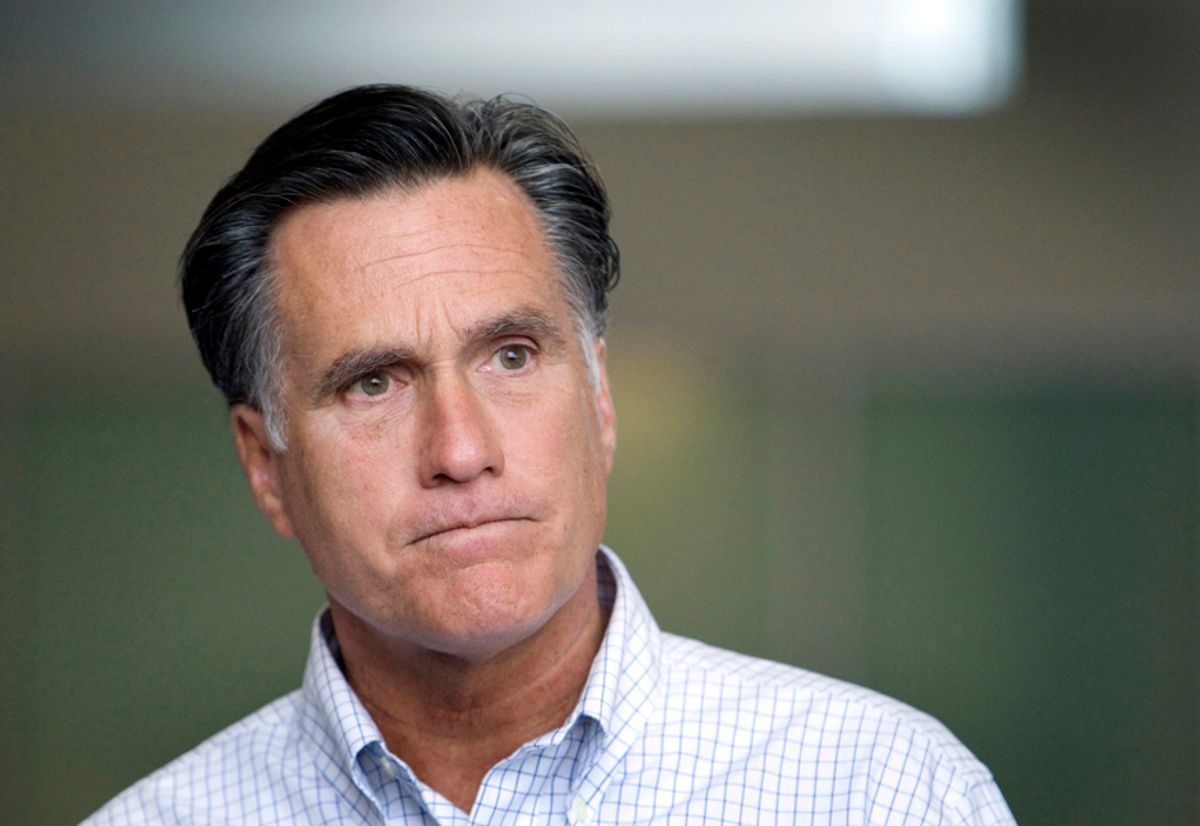 Former Massachusetts governor and likely Republican presidential candidate Mitt Romney listens to a question from a reporter after meeting with students at the University of Nevada, Las Vegas in Las Vegas, Nevada May 16, 2011. Republican Mitt Romney sent a strong message to his opponents for the party's 2012 presidential nomination on Monday with a lucrative day of fund-raising in Las Vegas. REUTERS/Steve Marcus/Las Vegas Sun (UNITED STATES - Tags: POLITICS HEADSHOT) (Â© Steve Marcus / Reuters)
--

Mitt Romney is just like you: He doesn't have a job. And that's hilarious!

Mitt Romney sat at the head of the table at a coffee shop here on Thursday, listening to a group of unemployed Floridians explain the challenges of looking for work. When they finished, he weighed in with a predicament of his own.

According to Jeff Zeleny, the room full of unemployed people laughed at this, which would make it the first recorded instance of someone laughing at something Mitt Romney intended to be funny.

But should they have laughed at poor Mitt Romney? Like so many Americans, the longer Mitt Romney has gone without a job, the worse his chances of finding new employment have become. There are not very many openings in his chosen field, and he has no other marketable skills. Poor Mitt Romney is in many respects a modern-day "forgotten man."

Should Mitt Romney just rest on his laurels, waiting for some government handout? No! In fact, his insistence on getting another job in government is exactly what is preventing him from swallowing his pride and taking any work that is available. He's too good to work at Walmart now? He should stop looking to Washington for a solution to his problem, get some part-time minimum wage work, and consider going back to school. There are many fine for-profit institutions that offer night courses for adults just like him.

Mitt Romney needs to pick himself up by his bootstraps and quit complaining.