What my father lost gambling

He blew money at the track and pulled me into his schemes. Our finances suffered -- and so did our relationship 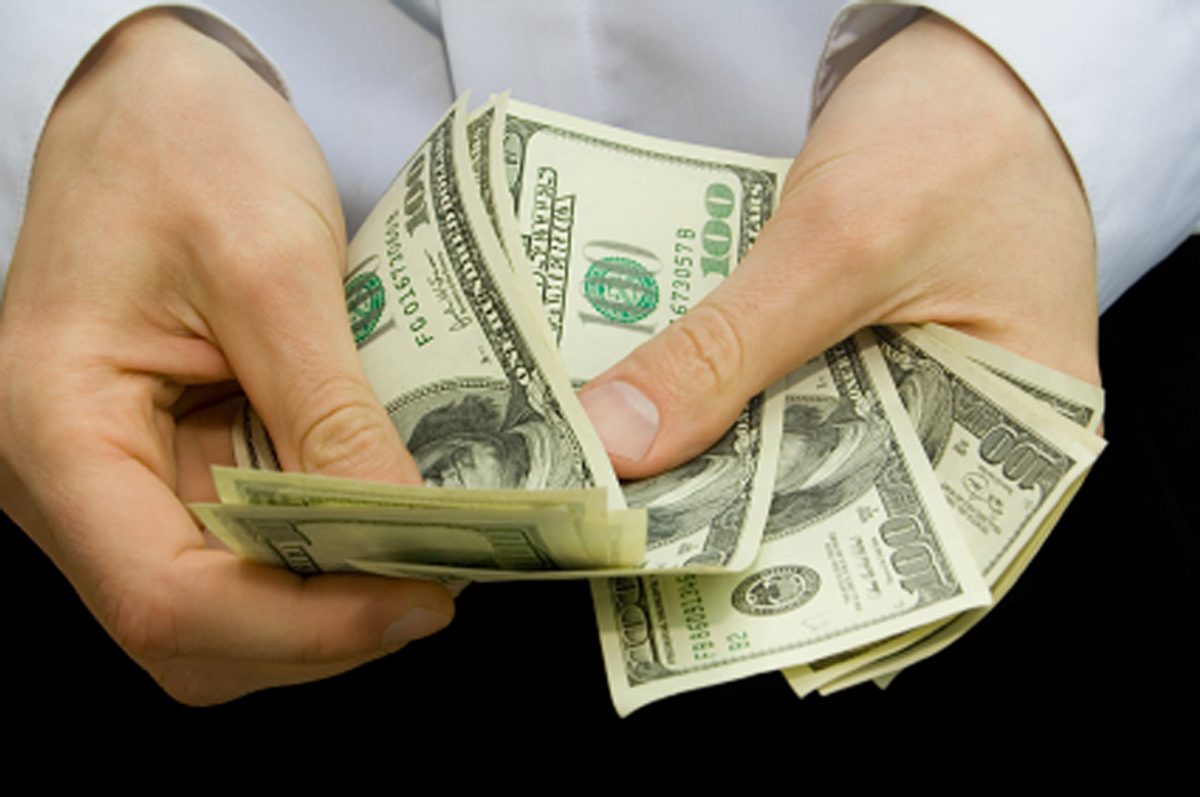 I never really understood my father.

Daddy was a "professional gambler," if betting daily on greyhounds and thoroughbreds could be considered a profession rather than an addiction. His mornings were spent at the desk in my brother's room, hunched over the Racing Form in his robe. And most of his days and nights would be at Hialeah or Gulfstream or the Miami Beach Kennel Club, doing mysterious things that seemed to pass for his life's work.

The only legitimate thing Daddy ever did to earn money was invest in a plot of land on nearby Di Lido Island, so when someone asked us what Daddy did for a living we were able to say he was in "real estate." In fact, I was so prepped by Mom to say those two words that when the teacher asked my name in kindergarten, I proudly blurted "Real Estate."

I noticed a curious thing about gamblers from an early age: Daddy didn't get excited when he won at the track. No, the adrenaline would be flowing, the monologue would be deafening and he'd come roaring into the house, pacing up and down and yelling -- when he'd almost won. And he'd be cursing when he lost.

So when he was quiet, I figured he'd won some money. He wasn't often quiet.

The closest conversations I can remember with Daddy were at dinnertime, when he'd offer a nickel to my sister, my brother or me -- whichever of us gave the best report of our school day. We competed for the 5 cents until we realized it wasn't worth it unless he upped the payoff to a dime.

We lived in rented apartments and bungalows until one year when Daddy must have bet big on long shots in the daily double and we moved to a half-block-long, marble-floored art moderne mansion with a buzzer in the floor of the dining room to call "the Help." The following year we were poor again, and Daddy would go into my wallet to borrow my allowance. He always said he'd pay me back, but he never did.

Our parents weren't officially separated -- almost no couples were in those days -- and yet half the year they lived apart. From April to September, he holed up in a seedy Boston hotel called the Touraine where the elevator was manned by a one-legged operator. It was near the dog track at Revere.

But we didn't see all that much of Daddy even while he was home in Miami Beach, and my brother and sister and I thought his leaving was as natural as the hurricanes that arrived in his absence.

Mom seemed happier when he left, which confused the hell out of my childhood self, who believed in sitcom family units where daddies wore suits to dinner and moms served apple pie in gingham aprons, not families where Daddy went off to work at the race track and stayed away for six months, and called to wish his daughter a happy birthday, on the wrong day, and asked, "How old are you now, Lea?" At least he got my name straight.

It did come in handy on occasion, though. After my grandfather taught me to read at 2 years old, my dad was not only proud, he figured out a way to capitalize on his "smartypants daughter." He would use me as a shill.

So we would walk around where the tourists would hang out in South Beach. If he found someone reading the Racing Form, Daddy would say, "I'll take out my Racing Form and you can point to something and my baby daughter will read it."

Then the gamblers would figure he had prepped me to learn from the paper he held. They must have thought that I could memorize, but I was too young to read, and they were on to something and could make some money.

"OK," some would say, "I'll bet you she won't read -- and I get to choose from my form." But I usually could read whatever they put in front of me. Often it was the name of horses, and Daddy would prep me as a game: "Murray's Desire." "Long Boat Key." "Blue Dame."

"She's a midget," they'd grumble, forking over a Benjamin.

Mom divorced Daddy when I was in my 20s, and for a while he lived in a small apartment by the dog track. She remarried him a year later.

Not long before his death at the age of 83, we were watching a "60 Minutes" segment together about gambling addiction. Daddy was long "retired," but still visited the track during the day, and often gambled away his Social Security check.

After the TV segment, my dad turned to me. This was his chance to show me, finally, that he had learned something about his lifetime of ruined potential and broken relationships. A chance to say he was sorry to the daughter whom he had involved in his gambling since she was a toddler, the neglected daughter whose age he still did not know, and who very well could have been named for Hialeah Race Track.

Daddy looked at me with resignation and shame. It took him a long time to get the words out.

"That wasn't easy to watch," he said.

I was ready for his late epiphany, and a chance for some closure for both of us.

"It's really too bad," he said, staring at me with the sad look of an old man. "I mean, I know addicted gamblers like that."

How could I possibly have understood my father when he never could understand himself?