The conservative movement is an elaborate moneymaking venture 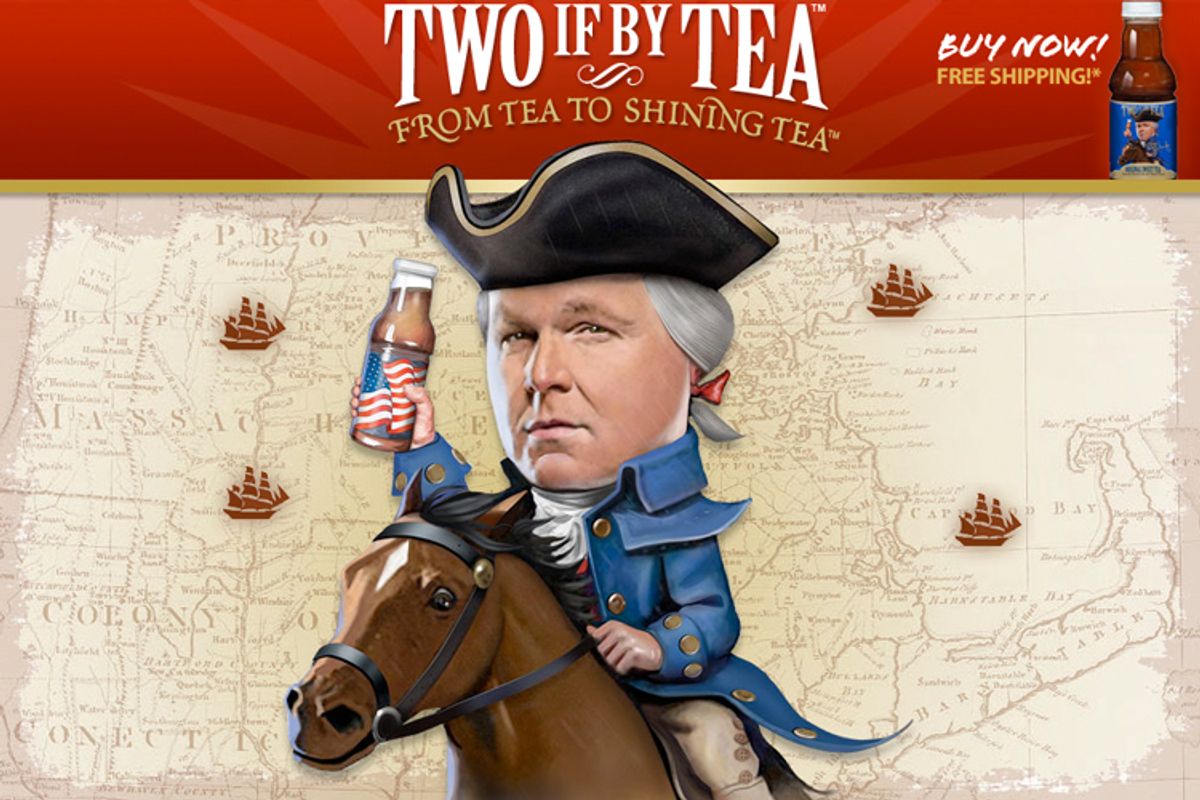 The conservative movement is primarily a means by which the wealth of rabid right-wingers is redistributed to celebrities. Sometimes the money comes from billionaires, who know exactly what they're buying when they fund advocacy groups and think tanks, but the whole scheme is basically powered by regular right-wing folks who are kept riled up and angry enough to keep sending checks to frauds and buying books full of alarming lies.

Yesterday, Politico reported what an educated listener could've guessed: Right-wing radio pundits are paid by conservative organizations to mention them favorably. FreedomWorks pays Glenn Beck to talk about how great FreedomWorks is, Rush Limbaugh wholeheartedly endorses the Heritage Foundation because the Heritage Foundation pays him, and Mark Levin receives a check for telling you that donating to Americans for Prosperity will help defeat Obama.

Glenn Beck is the most obvious and tacky about it, and he has learned that there is essentially no downside to being obvious and tacky about it. He is a very rich man and still inventing ways of getting richer by bleeding his incredibly devoted followers. He is now asking them to directly send him money in order to watch his show, which was formerly included in the cost of people's cable or satellite subscriptions.

Of course these talk radio hosts are shameless hucksters -- they're on talk radio -- but the hucksterism is not limited to the former morning zoo DJs who make up the intellectual vanguard of the movement. Virtually everyone who is famous for being conservative -- or simply famous and conservative -- is making a killing, or at least attempting to. In 2009, the Boston Phoenix calculated that there was about $2 billion floating around the right-wing nonprofit network. As Jonathan Bernstein wrote, this money changes incentives for political actors:

Normal political incentives are still important in determining how politicians act -- Hill Republicans move to the right because they’re terrified that they will be the next Bob Bennett, the Utah Senator who was defeated for renomination by obscure Tea Party candidate, now Senator, Mike Lee. But the fact that there’s easy money to be had by being a famous (or perhaps notorious) conservative adds a whole other set of incentives to act extreme.

The proof is that even Alan Keyes makes a good living. From the Phoenix story:

Most of the money comes from buying and selling lists of names of suckers. Some nonprofits receive millions in donations and give it to marketing and direct-mail companies controlled by the nonprofits' managers. Even the "reputable" right-wing think tanks exist as part of a donor-funded full-employment plan for right-wing thinkers. There is always a comfy "fellowship" available at CEI to the writer who declines to believe that CO2 emissions cause climate change. A well-connected right-wing book author is guaranteed a best-seller, thanks to bulk orders and the aforementioned book clubs.

Even right-wingers unlucky enough to work for newspapers can get paid, as David Frum explained at the Week:

There are conservative television personalities and staff writers on important conservative newspapers who operate consulting companies that can be hired by companies and individuals who might well have an interest in influencing what these personalities and staff writers have to say. So far, I've heard of no case of a politician buying such promotion. But as talk radio comes under increasing economic pressure due to dropping advertising rates and aging audience demographics, who knows what revenue-enhancing methods may be tried in the future?

But the talk radio ones still do it with the most shamelessness. John Cook introduces us to "Tea If By Tea," the ... iced tea sold by Rush Limbaugh, for about $2 a bottle. Why on earth would you buy iced tea from Rush Limbaugh? As a product, it makes a bit less sense to me than Dan Aykroyd's crystal skull vodka, but I imagine it will be terribly profitable.