US seeks China's help in Sudan as alarm grows 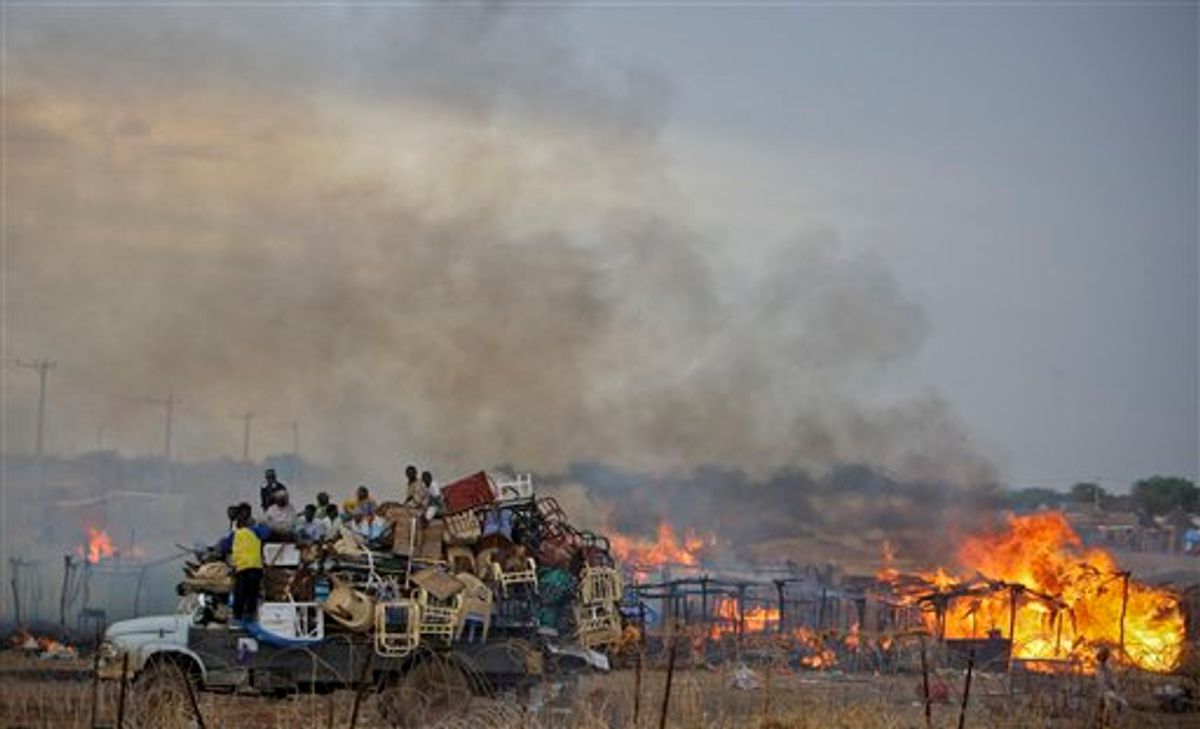 In this photo provided by the United Nations Mission in Sudan (UNMIS), a truck piled high with looted items drives past the burning huts of businesses and homesteads in the center of Abyei town, Sudan Saturday, May 28, 2011. Tens of thousands of Sudanese are fleeing from the contested north-south border region of Abyei, and the top U.S. official in the region warned Friday of a humanitarian crisis over the north's invasion. (AP Photo/UNMIS, Stuart Price) EDITORIAL USE ONLY, NO SALES (AP)
--

The Obama administration is asking China to use its influence with Sudan's president to press for an end to rising violence that threatens a landmark peace deal and could complicate southern Sudan's plans to declare independence next month.

The State Department said Thursday it wants China to urge Sudanese President Omar al-Bashir to abide by the terms of the 2005 peace agreement that ended Sudan's two-decade north-south civil war and led to a secession vote by the south.

Bashir is to visit China later this month amid a surge in fighting around disputed border areas that has raised fears of a renewed war.

President Barack Obama met on Thursday with his special envoy to Sudan, two days after recording an audio message to the Sudanese people, appealing for calm.