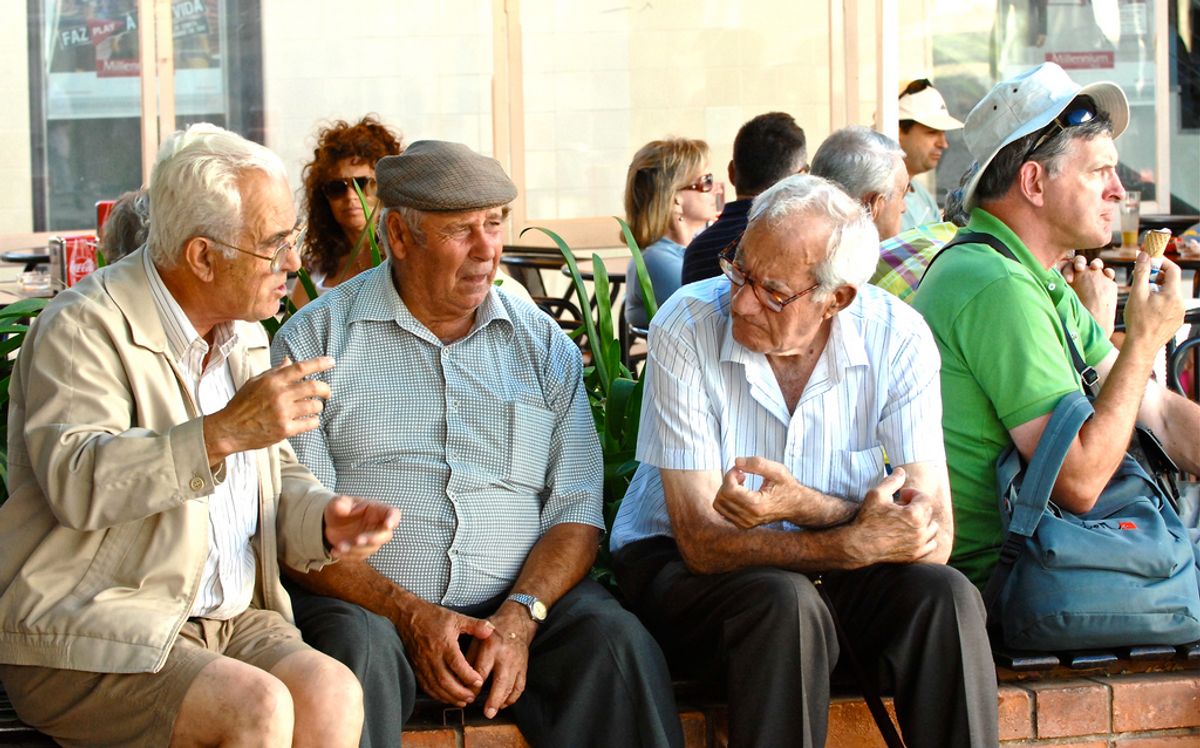 The lobby group for older citizens has 37 million members
--

(Updated below with AARP statement and reaction from senior advocacy groups.)

The Wall Street Journal made some waves Friday morning when it reported that AARP -- the powerful lobbying group for seniors -- "is dropping its longstanding opposition to cutting Social Security benefits." According to the WSJ, the move could rock Washington's debate over how to revamp the nation's entitlement programs.

AARP has long been cast as the defender of entitlements for U.S. seniors, willingness to bend on the issue, according to AARP representatives, comes from a place of necessity as opposed to ideology (and was only decided after "wrenching" debate within the group).

"The ship was sailing. I wanted to be at the wheel when that happens," John Rother, AARP's longtime policy chief, told the paper.

According to the Journal:

"The group will accept cuts, but won't champion them, and it is particularly leery of certain concepts such as eliminating benefits for wealthier recipients. It wants tax increases to fill most of the program's financial hole, and it insists that a deal must be crafted apart from broader deficit-reduction negotiations."

The importance of AARP's position should not be underestimated: The group is a lobbying leviathan with a huge budget (last year its revenue was $1.4 billion) that can do a lot of work when it comes to shaping political discourse. AARP can well afford to make a decision that will anger its members; it is unlikely to alienate all 37 million of them.

However, not everyone sees AARP's posture as the seismic shift described by the WSJ. TPM's Josh Marshall writes:

The premise of the article is that AARP has always been a stalwart opponent of any cuts to Social Security or any efforts to transform it into a 401k style individual accounts system. And now they've changed that position. But that's simply not true. As a general matter, yes, AARP has been a significant obstacle to efforts to gut these programs. But AARP has long been a headache for liberal political groups who do want to defend these programs' basic structure and integrity.

Nonetheless, AARP has never before been actively open to accepting Social Security reform (even if it has not always been the ardent defender the WSJ depicts). As Business Insider notes, "cutting Social Security benefits is seen by most political analysts as especially difficult. The chief financial concern of aging Americans is that they don't/won't have enough money set aside for retirement ... Older people vote in disproportionately high numbers. Everything aligns against any attempt to 'reform' the nation's most important social welfare program."

AARP's shift in position, it seems, does at least have the potential to change this.

"Contrary to the misleading characterization in a recent media story, AARP has not changed its position on Social Security," reads a statement from the group's CEO A. Barry Rand.

In the release, reproduced in full by TPM here, Rand asserts that AARP remain defenders of Social Security.

Nonetheless, the Wall Street Journal scoop has precipitated a furious response from other leading senior advocacy groups, which -- regardless of Rand's statement -- blame AARP for delivering the possibility of Social Security cuts to the budget talks table.

Speaking on a phone conference with representatives from a coalition of Social Security advocacy organizations, Max Richtman of the National Committee to Preserve Social Security and Medicare said "the timing couldn't be worse."  The advocates noted that it came as little surprise that AARP had decided upon a negotiating strategy that could involve softening on entitlement cuts to achieve tax increases. However, the revelation is out that the AARP is open to negotiate on Social Security, which is all self-described budget hawks ever wanted to hear.