"Glee" gets the write around

The third season of Fox's hit show will be the first one to actually include a roomful of writers. Why? 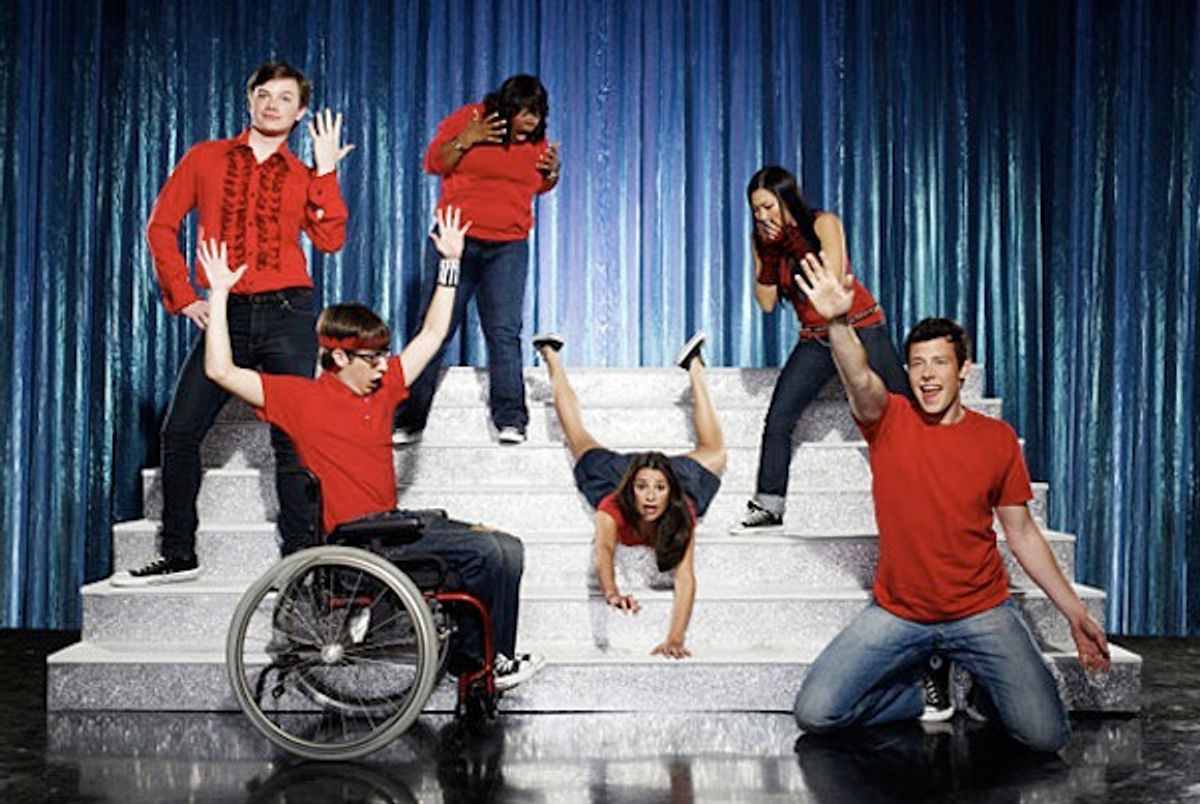 It's been over two years, and "Glee" is doing pretty well for itself. The first season of the show was nominated for 19 Emmys and four Golden Globes, and breakout stars Chris Colfer and Jane Lynch won two more Globes for the show this year, alongside its award for best television series.

So if it's not broke, why fix it? That's the question that came to mind when it was announced that "Glee" would be getting a writing staff for the first time next season outside the original trio of co-creators and executive producers Ryan Murphy, Brad Falchuk and Ian Brennan. The new staff will include the comic book scribe who rewrote "Spider-Man: Turn Off the Dark," Roberto Aguirre-Sacasa, as well as "Buffy"/"Angel" vet Marti Noxon and Christopher Guest contributor Michael Hitchcock. Co-producing the show will now be a four-person job, with "Chuck's" Allison Adler added to the mix.

What could be Murphy's motivation behind the additions? Clearly he wants to keep a unified tone to the show, or else writers would have been added already, especially midway through Season 2, which Deadline Hollywood points out "was particularly hectic for Murphy with the first ever Glee tour and the release of his movie 'Eat, Pray, Love.'" But apparently the group was too busy writing their show to hire new writers, which kind of makes sense when you realize how big of a control freak Ryan Murphy really is. He publicly freaks out at bands who won't be on the show and has almost single-handedly (if a little bit heavy-handedly as well) spearheaded an anti-bullying movement for gay teens alongside Lady Gaga and Dan Savage. The guy just doesn't have much time in his day to read your spec script, OK?

But the end of this season may have moved Murphy to take a breather; after all, "Glee" drew more criticism and backseat driving from fans during the second season than it did during the first, with everyone offering ways to "fix" the show. It must have been an exercise in humility for Murphy -- who was used to the unwavering devotion of the Gleek community -- to find that people just weren't enjoying the contrived stories and somewhat clunky plots that propelled his cast to break out in song from episode to episode the way they used to.

But this round of hiring also inspires a new confidence in Murphy, that he knows what kind of show he wants. "Glee" has always aimed for a tone that combined some of Joss Whedon and Christopher Guest (Whedon has guest-directed, and several of Guest's regulars have made their way into the show), and hiring two writers from those camps proves that Murphy isn't too proud to take a lesson from the masters. And what can Aguirre-Sacasa signal except rebirth?  Murphy is a little like "Glee's" Rachel Berry in that respect: They are both proud, extremely driven and slowly coming to grips with the fact that they can't do it alone.