The man behind "terror babies," "moo goo dog pan" and repealing the 17th Amendment is back, and dumber than ever 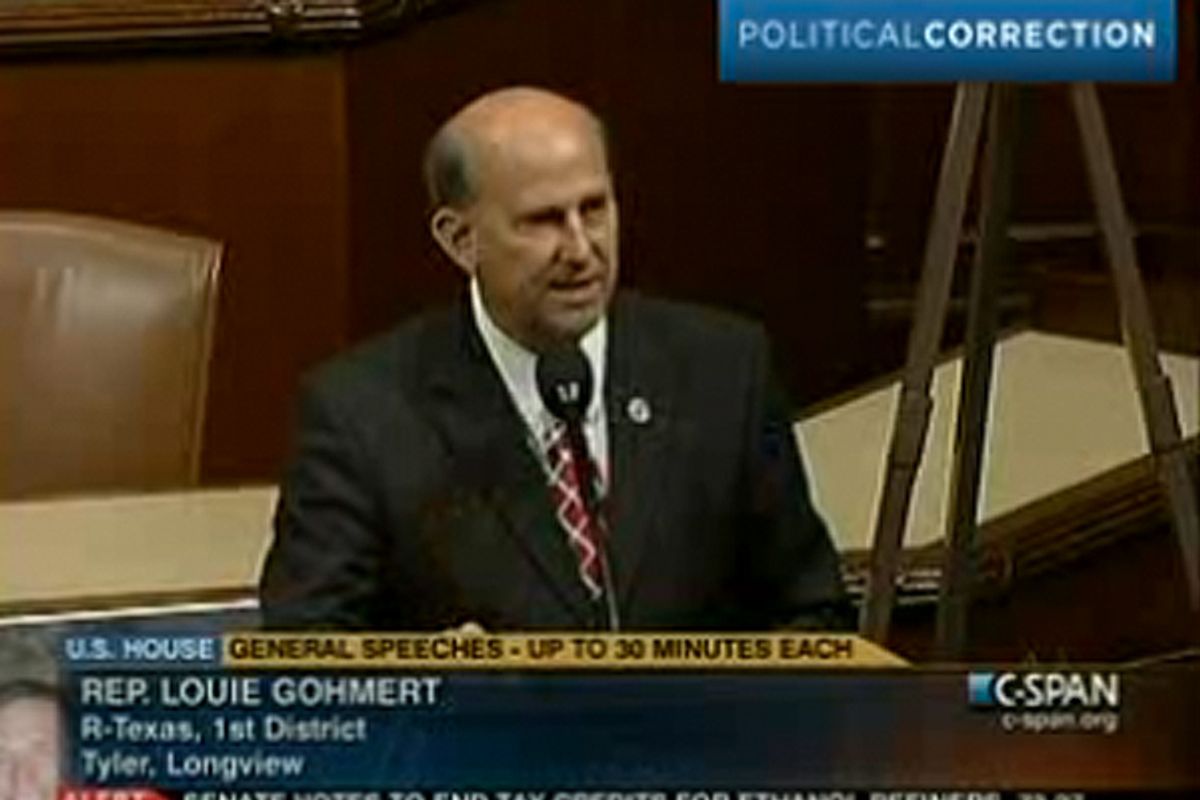 Remember terror babies? And "overt homosexuality" in the military? And repealing the 17th Amendment? And "moo goo dog pan or moo goo cat pan"? This is the guy behind all of those "hits." He's a racist moron whom a civilized nation would consider institutionalizing for his and our safety. But in God's favorite country that He has ever created, ever, men like Gohmert are elected to Congress, over and over again.

What did he say this time? Let's go to the tape!

MediaMatters' Political Correction provides the video and the transcript:

GOHMERT: And I know the president made the mistake one day of saying he had visited all 57 states, and I'm well aware that there are not 57 states in this country, although there are 57 members of OIC, the Islamic states in the world. Perhaps there was some confusion whether he'd been to all 57 Islamic states as opposed to all 50 U.S. states. But nonetheless, we have an obligation to the 50 American states, not the 57 Muslim, Islamic states. Our oath we took is in this body, in this House. And it's to the people of America. And it's not to the Muslim Brotherhood, who may very well take over Egypt and once they do, they are bent upon setting up a caliphate around the world, including the United States. And this administration will been [sic] complicit in helping people who wants [sic] to destroy our country.

Yep, just your typical "Barack Obama is a Muslim who wants to Muslimize America because he hates us" screed. Pretty standard, par-for-the-course insane racist paranoia, from a congressman. This bizarre right-wing fantasy-land bullshit is at this point so common that when I saw this video, I was like, "man, wake me when Louie Gohmert says something really awful." He needs to really think outside his awful box of bigoted garbage to impress me, these days!

So that's pretty depressing, right? Louie Gohmert: I am desensitized to your horribleness.