The "Hangover Part II" star lends a helping hand to a funny, weird PSA that has a little bit of heart 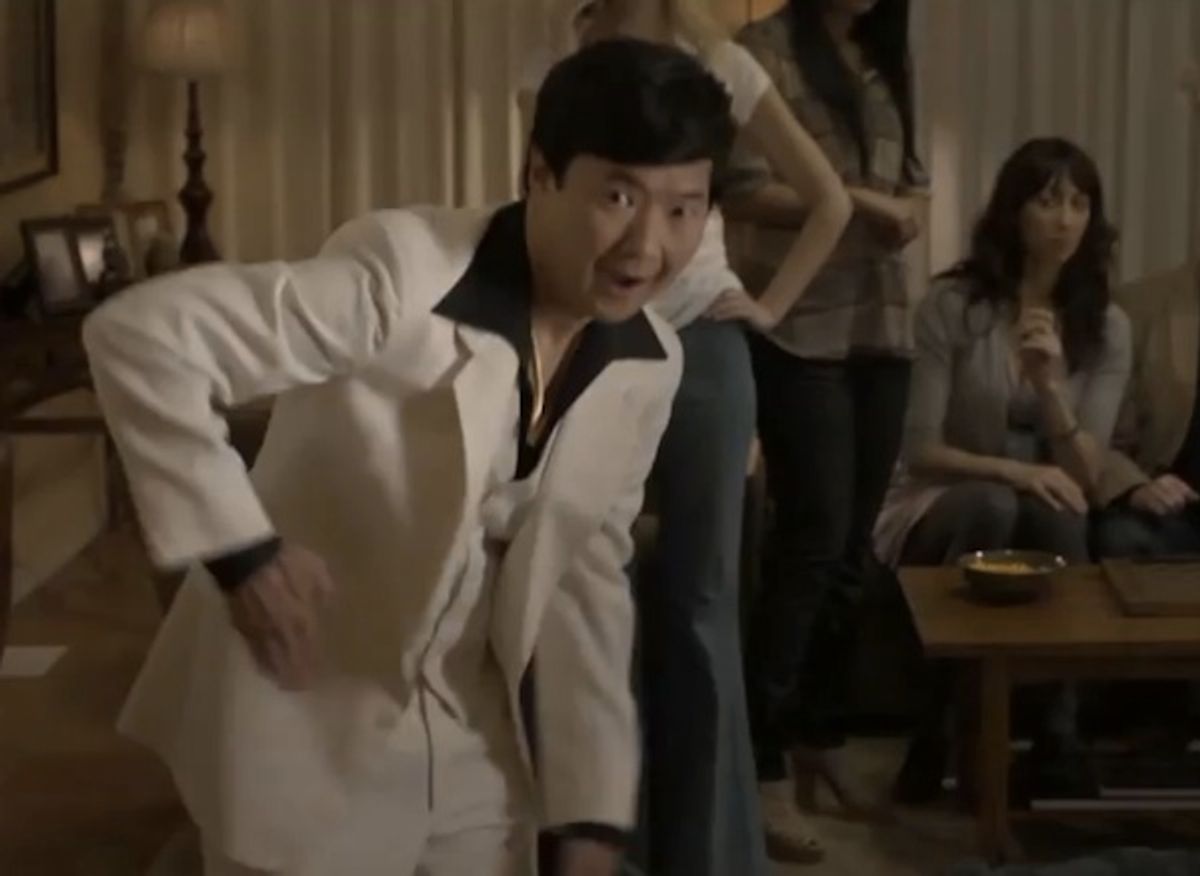 Ken Jeong has made a name for himself in the past several years with small, hysterical cameos in everything from "Knocked Up" to "The Hangover." Now on "Community," Jeong has subsidized his teacher's income with several commercial spots, most infamously in Adidas spots as "Slim Chin," a hip-hopping mogul who hangs out with Dwight Howard and Derrick Rose.  Oddly, the official video for the commercial has now been marked "private," perhaps in response to the swirling controversy around his portrayal of Asian stereotypes.

Maybe that's why Jeong is now starring in infomercials for CPR: As penance for playing up the ethnic card (if you want to call it that), he is now giving people tips on how to save lives with cardiopulmonary resuscitation ... the fun way!

I have mixed feelings about this ad: On the one hand, the tone seems a little off-kilter, mixing the madcap antics of Jeong with this deadly serious topic. On the other, Jeong does provide a much-needed service. (People always want to know what to pump to when doing CPR, and after that "Office" episode when Stanley had a heart attack, I know the answer is "Stayin' Alive.")

What do you think? Is this new CPR spot more manic than helpful?