Why Louis C.K. is wrong to defend Tracy Morgan 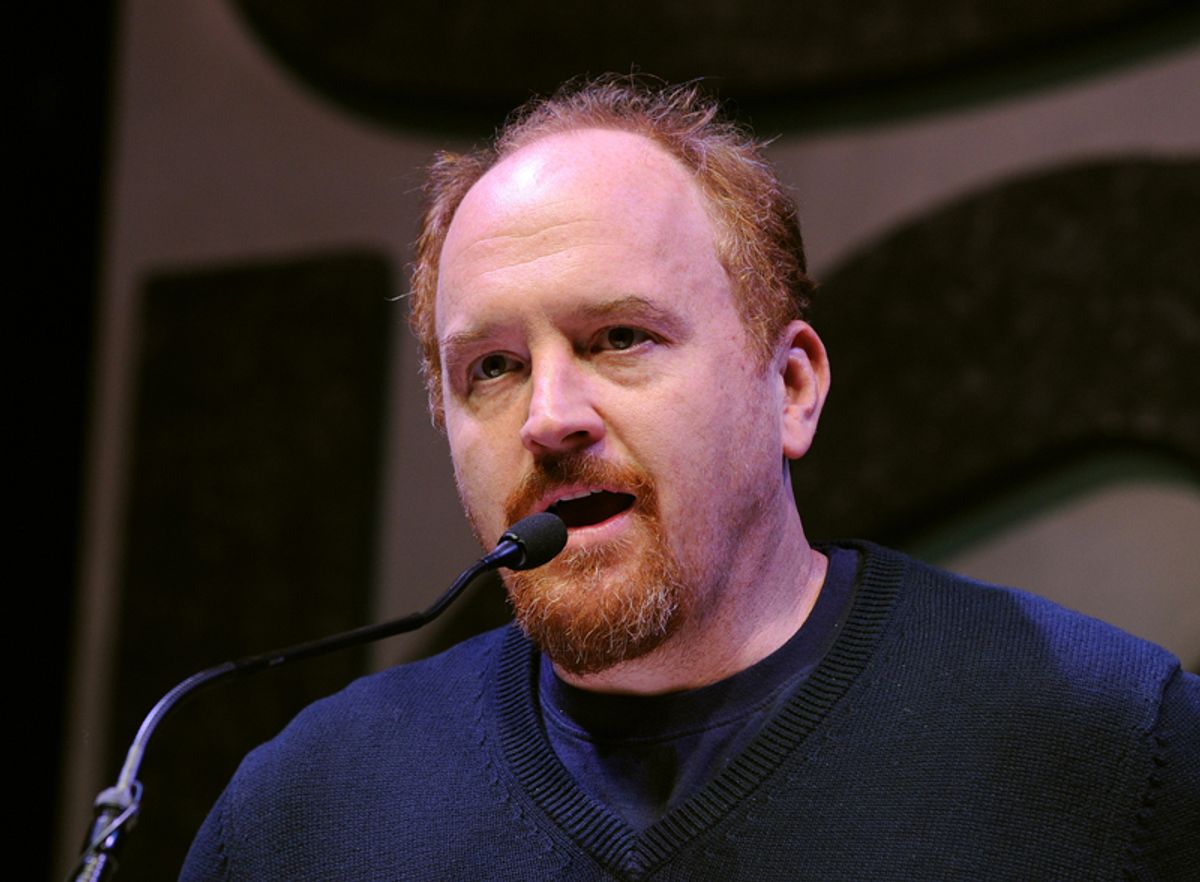 Louis C.K. went on a rampage today in defense of Tracy Morgan. Previously, Louis had taken to Twitter to publicly stand behind the homophobic jokes that Morgan has already apologized for, and during an interview with Slate he continued to attack Tracy's attackers using some less-than-sound arguments.

"And people heard this Tracy shit mostly third-hand. He didn't stand on a public stage and say this stuff. He didn't make these announcements: 'Here, America, are my views.' Where you say something makes a huge difference about what you say and what it means and what you let yourself say…And I think the person who really fucked people up and hurt people with Tracy's words was whoever took it out of that Nashville club and put it on the national stage -- whoever called Huffington Post or whoever started this shit, and said, 'Guess what Tracy Morgan said,' and announced it to the rest of the world. He wasn't trying to say it to the rest of the world. So when I read stuff like, How are gay people going to feel when they read this? Well they didn't have to read it! They weren't part of that show. Maybe there were gay people there who were laughing. You don't fucking know. Nobody gets to say that they represent anybody and they're offended on behalf of the whole world."

Let's start with what Louis got right: It wasn't entirely fair to take something said at a comedy club and put it in a national spotlight, in a non-comedic setting. There are things said in comedy that aren't supposed to be taken at face value. Then again, who is Louis blaming here: Kevin Rogers, the guy who went to the Nashville show and wrote a Facebook note on why he's no longer a fan of Tracy Morgan's?  Because that is what Videogum  and the Huffington Post picked up: not some guy calling in to alert national security, but a man exercising his own right to write whatever the hell he wants on Facebook, just like (by Louis' logic) Tracy is allowed to say whatever he likes onstage.

Earlier on in the interview, Louis admits that he went to bat for Tracy without "carefully inspecting" what was said, and that he also heard the jokes "out of context." So for some reason it is fine to defend homophobic remarks out of context, but not to be offended by it? Louis needs to inspect his own argument a little bit better before he starts pointing fingers for Tracy Morgan's problems.