The right really, really wants Obama to be Jimmy Carter

Why is it that every address Obama delivers is the second coming of the "malaise" speech? 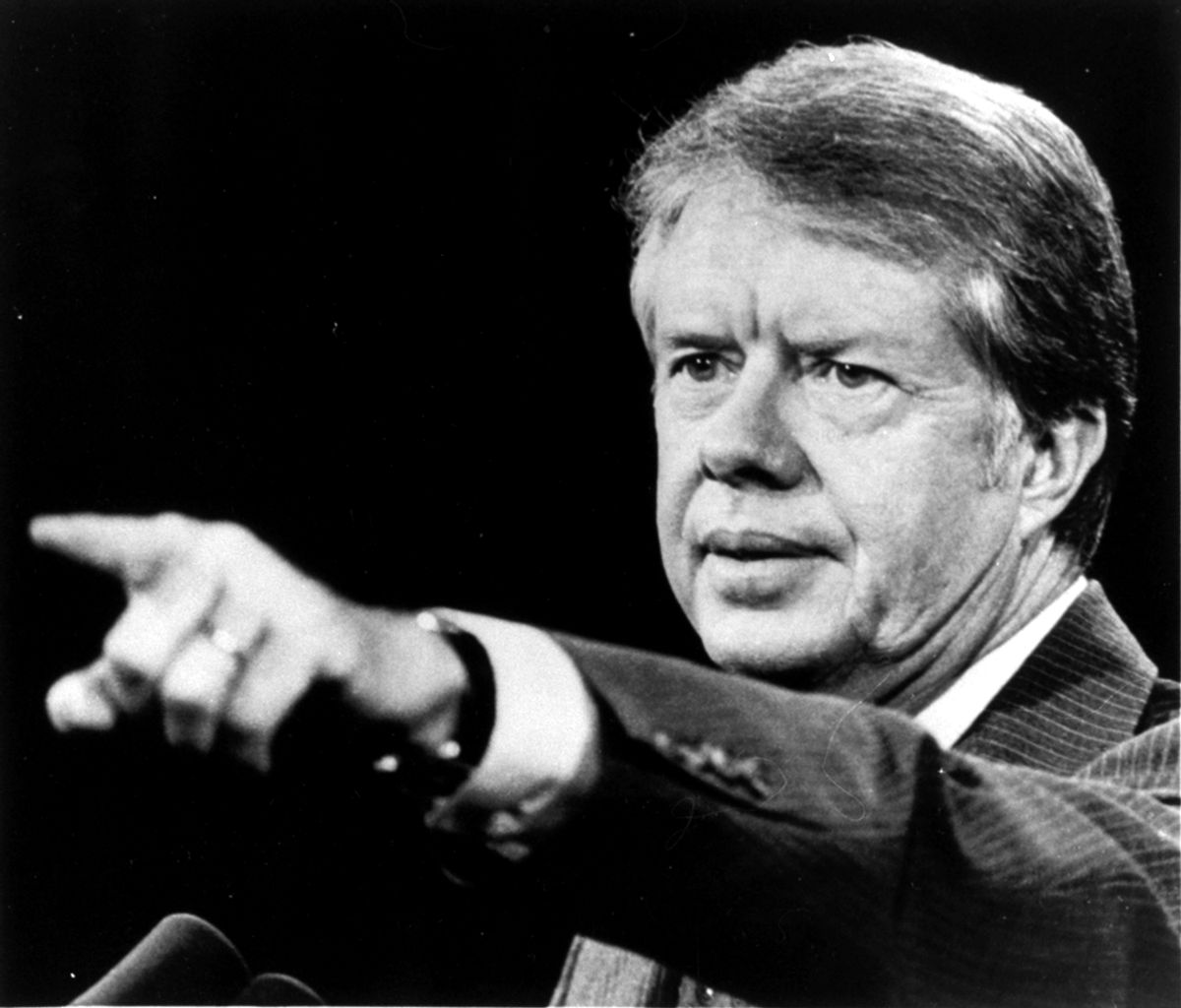 On Wednesday, The Weekly Standard's Jay Cost likened President Obama's current political predicament to what Jimmy Carter faced at roughly this same point in his single term in office, when Carter delivered his "malaise speech." It's a pretty flimsy parallel, and if you're interested in why, Jonathan Bernstein did fine job picking apart Cost's argument.

What's interesting is how often we hear this from the right -- the idea that Obama's presidency represents the second coming of Carter's. Cost isn't even the first to invoke the "malaise" speech. Rush Limbaugh did it a year ago, claiming that Obama's message to the nation after the Gulf oil spill was "almost verbatim" what Carter had said back in 1979:

I tell you, it's second term of Jimmy Carter! And it's liberalism 100% through and through. Jimmy Carter, 1979, July 15th, gave the same speech.

Not that Rush was the first to go down this road, either. For instance, a week before that, Fox News' website ran a piece titled "Barack Obama = Jimmy Carter?" in which Jon Kraushar argued that a recent Obama speech on the economy was eerily similar to the "malaise" speech:

The apt comparison between Obama’s speech on the economy and Carter’s is that “a crisis of confidence” persists today. There is the same anxiety that in Barack Obama we have another Jimmy Carter—a self-righteous ideologue who is in over his head, championing policies that are not only unpopular but also destructive.

Nor was Kraushar the first. Basically from the moment Obama took office, conservative media outlets have been relentlessly playing the Carter card, whether the topic is the economy or foreign policy. Take this editorial from the conservative Washington Times back in January, just after the Egyptian uprising began:

As Egypt’s regime totters on the verge of collapse, President Obama is looking less like Ronald Reagan and more like the Gipper’s predecessor, Jimmy Carter. The turmoil in Egypt is markedly similar to the revolution that gripped Iran 33 years ago. Egypt may be to Mr. Obama what Iran was to Mr. Carter.

Or this from a blogger at Red State when Obama delivered his Middle East speech at the State Department last month:

Charges that President Obama was the taller, suaver, better-looking version of the bitter, shrunken commie-sympathizing Jimmy Carter seemed a bit of a stretch. President Obama’s Middle East speech changed all that.

Or this from Bahukutumbi Raman at Forbes. writing about Obama and North Korea back in May 2009:

During the U.S. Presidential primaries last year, I had expressed my misgivings that Barack Obama might turn out to be another Jimmy Carter, whose confused thinking and soft image paved the way for the success of the Islamic Revolution in Iran....

The defiant action of North Korea in testing a long-range missile with military applications last month, and its latest act of defiance in reportedly carrying out an underground nuclear test on May 25, can be attributed--at least partly, if not fully--to its conviction that it will have nothing to fear from the Obama administration for its acts of defiance

And on and on it goes.

Now, it's true that Obama's rise in 2008 in some ways called to mind Carter's in 1976 -- especially when it came to devising smart primary season strategies (Carter by recognizing that recent reforms had shifted all of the action away from the convention, and Obama by targeting and racking up massive margins in small and mid-size caucus states). This is something I wrote about myself at the time.

But it's not hard to see why the right has been so intent on maintaining the comparison throughout Obama's presidency. It serves two purposes: stirring the passions of the GOP base and encouraging a negative association among swing voters.

To the conservative masses, the name "Carter" is a virtual curse word -- a symbol of everything they despise about the Democratic Party and liberalism in general.

Why the venom? Part of it has to do with the fact that Carter's presidency really was unsuccessful, and that it ended with painfully high unemployment, inflation, and interest rates, not to mention a prolonged hostage crisis. So they know that things were bad under Carter and that he was a Democrat, so therefore (in their view) his presidency serves as a model of what happens when Democrats control Washington.

Just as important, though, is the role Carter must necessarily play in one of the right's favorite past-times: Reagan mythologizing. The Gipper can't be America's savior if the president before him wasn't such so unspeakably terrible that that the country's very survival was in doubt.

So playing up the Obama-as-Carter concept help fill the GOP base with resentment and hostility, which translates into increased activism and turnout at the polls. Swing voters, meanwhile, don't need the mythology, but they too recognize -- either from memory or from what they've heard -- that Carter's term has become the modern standard by which failed presidencies are measured.

What's interesting here is how far the right's Carter caricature is from reality. Yes, he wasn't successful as president, but in their telling, this is usually because he was a radical, European-style socialist president -- just like Obama. But Carter, at least when he was president, was actually a very conservative Democrat, who often had as much trouble with his own party's members of Congress as with Republicans. I wrote about this a few months ago:

But the bigger issue was simply that Carter's entire presidency was a fluke. He was the only Democratic candidate in 1976 to fully grasp the significance of that year's massively expanded primary and caucus calendar; the party's more logical White House prospects still believed the old rules -- which allowed candidates to hold back until late in the primary season or just before the convention and still win -- still applied. By the time they figured things out, Carter had sealed the nomination -- with only 40 percent of all primary voters backing him and without the support of many of the party's traditional coalition components.

Those who only know Carter by his modern-day caricature (our first socialist president!) may not realize that his domestic economic policies were conservative and often hostile to organized labor and key Democratic interest groups. These groups and their members had, in most cases, never liked Carter in the first place and would have blocked his nomination if they'd known how to. Thus, the Democrats were split for almost all of Carter's presidency, ultimately leading to Ted Kennedy's 1980 primary challenge to the president.

To his credit, Cost seems to recognize this. In a follow-up post Friday morning, he noted Carter's struggles with his own party and conceded that Obama isn't facing anything like this. Then he argued that there's actually a better parallel: Obama isn't Jimmy Carter, he's actually ... Michael Dukakis.