Another Republican candidate gets glitter-bombed

At a San Francisco book signing, Tim Pawlenty gets the Newt Gingrich treatment 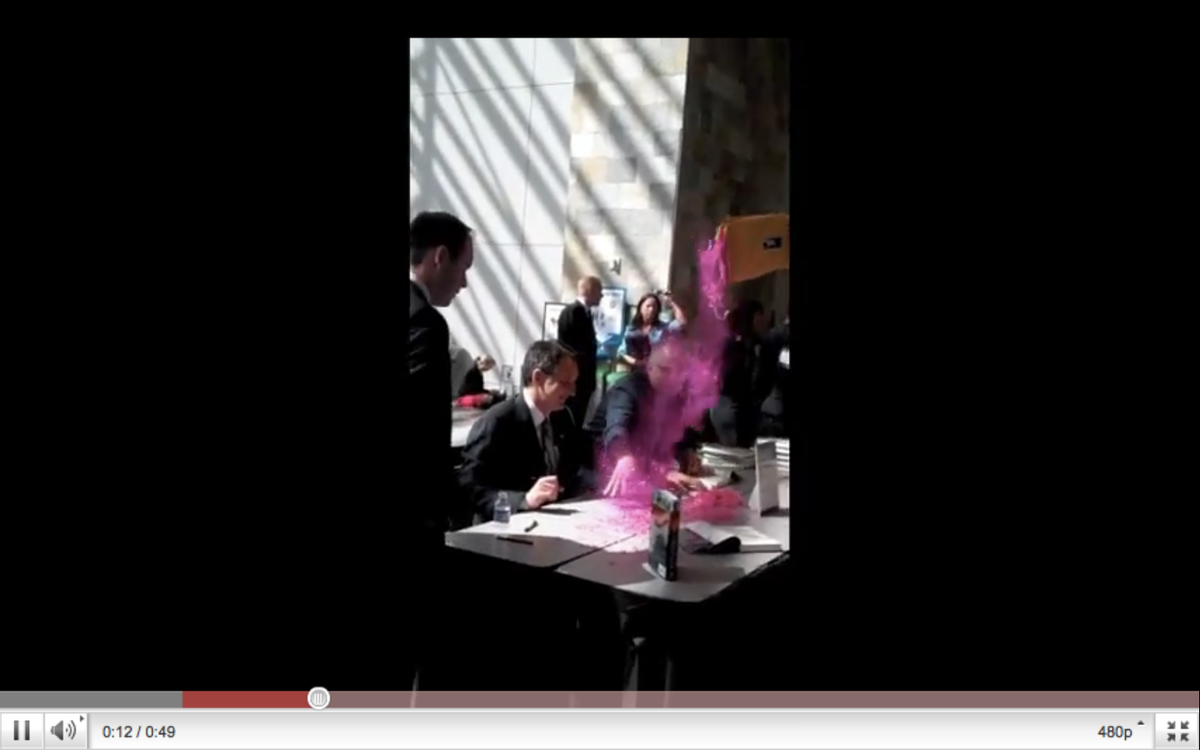 The glitter-bombing of Republican presidential candidates is on its way to becoming a fad. Just last month, Newt Gingrich "felt the rainbow" when a gay rights activist crashed one of his book signings -- and yesterday, Tim Pawlenty was similarly showered with confetti, this time by two representatives of women's movement CODEPINK.

Watch the incident here, and let us know in the comments below: Do you think this is an effective form of protest?