Rebecca Black takes our "Friday" away

UPDATED: Now that the horrendous music video has become a profit-making machine, an inevitable lawsuit emerges 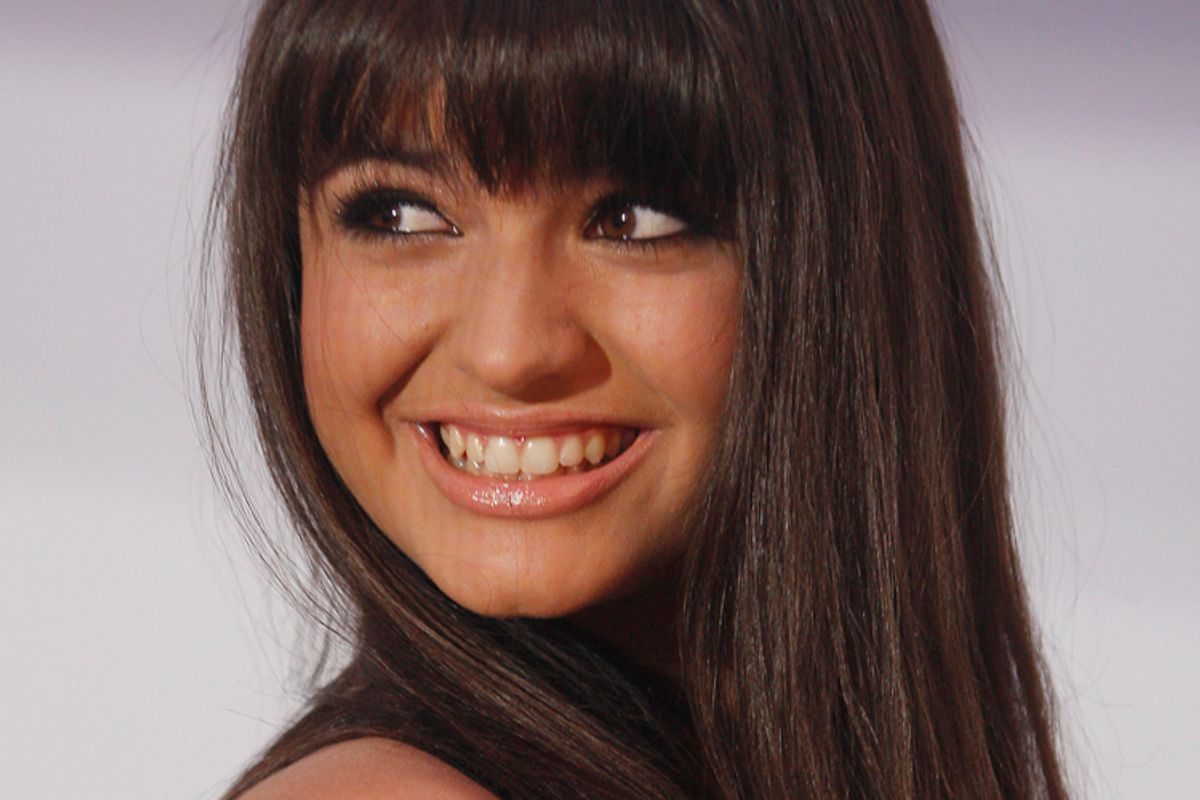 Well how are we supposed to ring in the weekend now? Rebecca Black's star-making, atrocious video has disappeared from YouTube. Alas, "Friday," we hardly knew ye.

When it appeared in February with little fanfare and a whole lot of auto tuning, "Friday" was just another young's girl's vanity project from the godawful Ark Music Factory, a company that specializes in turning kids' delusions of pop stardom into a "chance to be discovered." But then its hypnotically awful lyrics – "Yesterday was Thursday, Thursday; today it is Friday, Friday" – and Black's surreal, dead-behind-the-eyes performance caught fire. Over the course of a single March weekend, the video became a viral sensation, and by Monday, Monday, Black was the unlikeliest star of the year.

What followed over the past three months has been a strange ride for a 13-year-old girl with no prior career to speak of. Black went from simply being excoriated for starring in "the worst video ever" to being on the receiving end of sick, bullying comments, and allegedly, death threats. But unlike most kids who get picked on for their YouTube videos, Rebecca Black got herself on "The Tonight Show," had her song covered on "Glee" and and starred in a Katy Perry video. Why? Because Black actually managed to turn her musical awfulness into something appealing, with a sweetly self-deprecating sense of humor that connected with audiences.

And with a bona fide hit on her hands, one that's racked up over 167 million views and is raking in roughly $27,000 a week in single and video downloads, Black's "Friday" is nothing to laugh at. Okay, it's still laughable; it's just also profitable as hell. The song was written by the Ark factory, but Black's family paid -- a mere $4,000 -- to make it happen.

And with her career showing a surprising potential to, if not turn into that of Lady Gaga's, at least bring in a lot more money before this thing runs its course, it was perhaps inevitable that there'd be dispute over who owns the biggest piece of the pie. It reportedly bloomed into a full blown beef when Ark decided to run the video as a rental on its Web site, charging $2.99 a pop. Black's reps told TMZ late Thursday, "We can confirm that we submitted a Take Down Notice to YouTube as a result of the dispute we have with Ark Music regarding the 'Friday' video."

Now, the video has been scrubbed from YouTube, with a note that it's "no longer available due to a copyright claim by Rebecca Black,"  and the world is bereft of its weekend ushering-in anthem.

While this may at least temporarily be the end of "Friday," here are some classics to ease the pain till 5pm.

UPDATE: Well, well, well, look what with the sixth day of the week dragged in. "Friday" is now back, on Rebecca Black's own VEVO channel. The change of location surely signals we haven't heard the last of her dispute with Ark, but at least we can get back to the business of pondering whether to opt for kickin' in the front seat or sittin' in the back.