The Corner: All culture is devious propaganda

Liberals have been destroying the American family 30 minutes at a time, according to Ben Shapiro 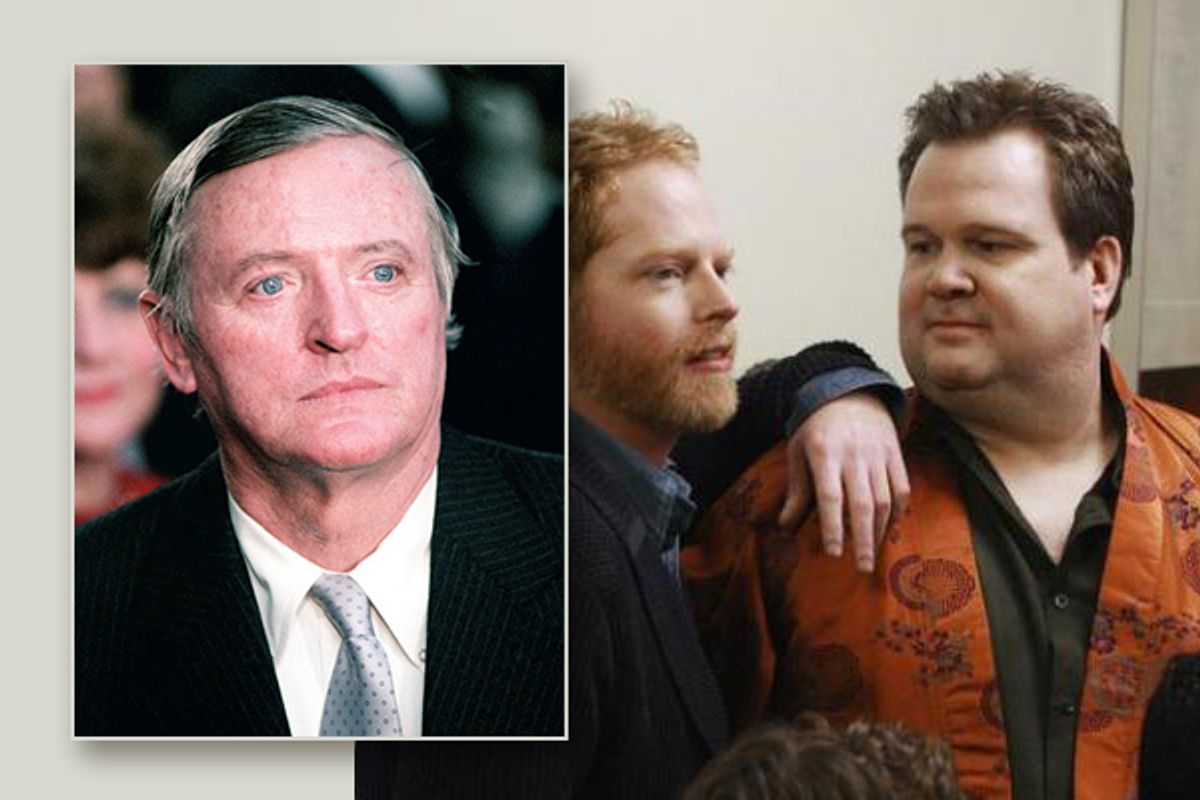 How weird and sad life must be when viewed through the eyes of Ben Shapiro, pop-culture warrior-in-residence at the National Review. It is his job to pretend (or, good lord, actually believe) that everything that appears on your TV set -- not just the news bits, but the cartoons and toothpaste commercials and laugh-tracked situation comedies -- is part of a liberal plot to destroy the American family. Here is a fun pop culture listicle, "The Top Ten TV Dads," done the National Review way: "It’s instructive because we can see the transformation of fatherhood on television reflecting the left-wing bias against traditional family roles." Oh, can we?

Ward Cleaver is the best. Mike Brady is ok, but with a caveat: "We’re already moving into the era of alternative family structures...." It seems likely that Shapiro has never watched half these shows, but did perhaps thumb through a TV Guide or flip past Nick at Nite in the early '90s:

Archie is a good dad but a horrible person. Here’s where television begins to change from the respectful view of fathers to the flower-power view of fathers as racist, bigoted, old men you can mooch off of for years on end.

Steven is in one way a reversal, in another way, a step forward for liberals. Where liberals were militantly anti-father with regard to conservative dads, they’re all of a sudden in favor of traditional father roles when dad uses his authority to promote hippy liberalism. Steven always gets the last word, even if we love Alex.

It's culture commentary as grand conspiracy! "In 1985 the anti-cyborg LIZARD PEOPLE who control television allowed a positive portrayal of robots with 'Small Wonder' but by 1986 it was back to their typical electronics-bashing...."

Shapiro, formerly the world's youngest hack columnist, is no longer the world's youngest anything, and so I guess I can't begruge him his new schtick, but I can't imagine even the dullest wingnut feeling compelled enough by the thesis (all of your favorite trash TV is a plot against you!) to pick up an entire book on the subject.

The great Roy Edroso has been on the case of Shapiro's miserable worldview for some time and is required reading on the subject. But can I just:

Al Bundy was a blue-collar tragic hero, you dolt!

The fun listicle ends with a shot at the dads from "Modern Family," who are guilty of portraying gay parents, without showing the disastrous consequences of gay parenthood (generally: happy, well-adjusted children, from families where they always felt loved and appreciated, in my experience). Still: After complaining about the Left undermining fatherhood for years by presenting fathers as absent or abusive, the Left hands Ben Shapiro two perfect dads and he's still unsatisfied.

I can't imagine what he'll think of the pilot I created, "Three Dudes and a Horse, All of Whom Are Married to One Another, Raise Children in West Hollywood." (ABC just picked it up! Being on the Left is great!)