What I learned by returning home

After years of city living, I've discovered what's truly special about life out here: Our relationship to the land 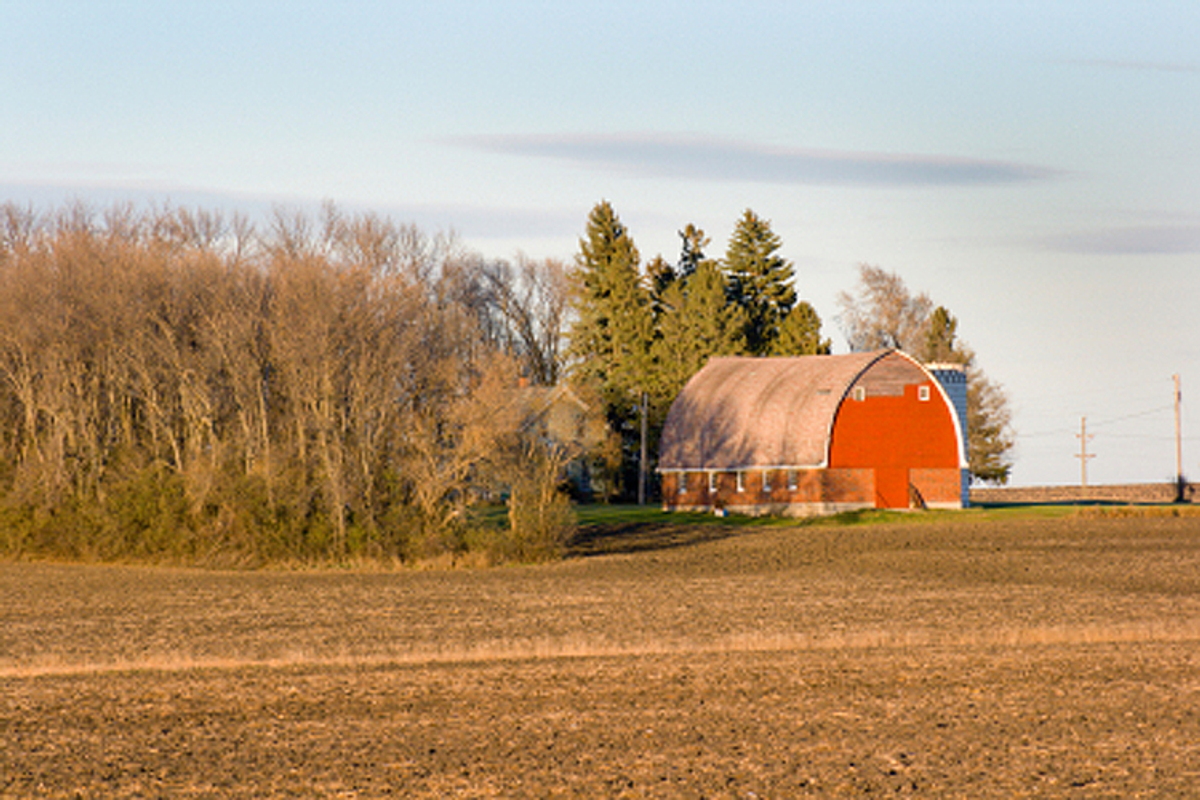 "A class called 'Sense of Place'?" I asked. "Why? You know where you're from, and you know where you are right now. That seems like the gist of the matter, right?" I told my hapless friend Nick.

I was a freshman at the Evergreen State College, an experimental university with a focus on interdisciplinary learning. "So you're going to spend an entire term studying, um, your sense of place?" I asked, mentally congratulating myself for choosing a straightforward class -- "Telling Stories" couldn't be too hippie-dippy. Clearly, it was a routine writing workshop. (As it happens, I hadn't read the course description too carefully. In true Evergreen fashion, "Telling Stories: Old and New Images" required us to study equal parts Japanese history, performance art, multicultural appropriation and traditional Indian dance -- a reactionary 18-year-old's nightmare.)

In retrospect, "Telling Stories" at least gave me a basis for understanding what people were talking about at cocktail parties (which can come in handy). I don't know if the class "Sense of Place" was any more useful than "Telling Stories," but now that I'm older and slightly more open-minded, it occurs to me that it was not such a bad idea to encourage a group of American teenagers to contemplate their sense of place.

Americans have a complex relationship with the concept of home. Our land was settled by people who were willing to abandon the towns and villages where their people had lived for hundreds, if not thousands, of years, for the promise of a better life. Maybe that restlessness has been bred into our blood: The story of America's settlement is also the story of America's unsettlement -- a cycle of uprooting and replanting and uprooting.

During the great westward migration, it was common for a family to settle a plot, develop the land, and then sell it, repeating the process several times as they moved always farther west, lured by promises of better, cheaper land. Migration was constant, but punctuated by obsessive bursts. For example, "Genesee fever," which saw New Englanders migrating to western New York at the turn of the 18th century, "Ohio fever," "Oregon fever," at least eight gold rushes, "the Great Migration," the Dust Bowl, the flight of city dwellers to the suburbs in the 1950s, the back-to-the-land movement of the '60s and '70s, and of course the constant force of gentrification, which has populations in any given city jumping from neighborhood to neighborhood in search of cheaper rent and hipper coffee shops.

But despite our addiction to change, we are a nostalgic people. We cling to the shreds of cultural identity. Case in point: my husband, Rich, who grew up on Navy bases. Rich's parents are from a little town in Wisconsin called Balsam Lake. Growing up, Rich spent a total of two years in Wisconsin, and his childhood was marred by regular moves: from Chicago to Colorado to North Carolina to Wisconsin to Oakland to Philly to Wisconsin to San Clemente, Calif. If you look at the trajectory of his youth, he spent more of his defining years in California. But in his heart he's from Wisconsin, which he manifests in a profound longing for his grandparents' cabin on Balsam Lake (sold long ago), regular rants on the superiority of Midwestern weather and, of course, a rabid devotion to the Green Bay Packers. When we can't physically cling to places, we cling to our idea of places.

Like Rich, I spent a lot of my childhood in transit. Our home was a small house in the Oregon Coast Range, but my parents were travel writers and we spent half of each year on the road. I reacted to constant travel by developing a deep attachment to home. I'd lie awake at night in some tropical paradise, and as I listened to mosquitoes slapping against the windows of our Dodge van, I'd daydream of home. I'd imagine the specific arrangement of knickknacks on the living room windowsill, sunlight on the front stairs, the dark creak of the wooden house, sheltered in the haloed light of a forest in afternoon. My love for the place has always been romantic, idealized and possibly tragic.

Part of a sense of place is a sense of community: In my home valley, people consider everyone within a 12-mile radius a neighbor; Rich saw rural Balsam Lake as the antithesis to the sprawling suburbia of San Clemente, where he spent his high school years. Certainly San Clemente has its own communities -- but dropping into a booming suburb as a maligned Navy brat is different from walking the streets of a town where your grandfather is the town banker and your dad a former star of the high school wrestling team.

Beyond community, our sense of nostalgia stems from an attachment to the land itself. Our popular music is built upon it: the warble of the Carter family, the mournful moan of Lead Belly, the gruff cadences of Woody Guthrie and Dolly Parton's honeyed twang. As John Prine writes in his 1971 song, "Paradise": "When I was a child my family would travel ... down to western Kentucky where my parents were born. And there's a backwards old town that's often remembered, so many times that my memories are worn."

Prine might as well have been writing about Centralia, a small mining town in Pennsylvania. In 1962, Centralia sanitation workers accidentally ignited a vein of anthracite coal in the town dump. No one was able to put out the fire, which roared beneath Centralia, super-heating underground gas tanks and softening the soles of shoes. As the years passed, the region grew more dangerous: Children suffered from respiratory problems, and residents kept canaries to monitor carbon monoxide levels in their homes. People left in droves, but for some, government relocation money and the chance at better quality of life could not match nostalgia for home.

The 2007 documentary "The Town that Was" is built on interviews with 11 residents who resisted relocation. These die-hards lived in scattered houses on the overgrown grid of a largely invisible ghost town. "Regardless of how empty it is still home. I still have my attachments here. And really, I can't imagine living anywhere else. I just don't think I'd be happy," 32-year-old John Lokitis Jr. told filmmakers. Though the neighboring houses had been scraped away, Lokitis continued to mow the lawns, and kept what was left of the town neat -- repainting benches in the cemetery and hanging Christmas decorations in winter. Although Lokitis was eventually forced out, residents still return to be interred in the town cemetery.

These days, the Web is changing our concept of community -- we have become more adept at establishing and maintaining communities that transcend physical space. But the link between people and places will not die so easily -- a longing for a lost homeland, real or imagined, is deeply human.

Although laced with folly, my love for the land where I was raised is intrinsic -- I lived my first days here, my father lived and died here, I spent childhood afternoons on the creek with my grandmother, and I later married in the same spot, below the big maple she loved best. Aside from that abiding nostalgia for lost days, the land is as pretty as anything you can imagine -- a forest lanced with light, fields crystallized on winter mornings, the moon hanging like bone in a country sky. We don't own the 58 acres I grew up on, so my primary feeling for the place has not been so much possessive as founded in gratitude. I love this land the way we love a favorite friend or relative -- with the understanding that we are lucky to know, for the time that we do, the divine corners of camaraderie.

In October, after years of city living, I moved to Oregon. Returning home has taught me both the romanticism and the validity of my years of pining for the place. After a winter in the country at the heart of a recession, I've learned why people leave their hometowns to seek a better life -- it's hard to live in a drafty, leaky house on land you don't own, a two-hour drive from the nearest grocery store, in a depressed region where the average rate of pay is much lower than what you are used to. But I've also appreciated, more deeply than ever before, the way that land can sustain us. As a wet spring finally gives way to summer, our garden will allow us a better quality of life than our meager finances warrant, just as my walks in the woods provide for us -- hedgehog mushrooms, yellow-footed chanterelles, nettles, fiddleheads, cat's claw, miner's lettuce, sorrel, oyster mushrooms and my latest discovery, Douglas fir tips.

I've been feeling tired lately, so I wander into the copse of trees in front of the house and nip some fir tips, which are still a curious alien green at this time of year. Douglas fir tips are high in Vitamin C and Vitamin A; local tribes and early settlers drank fir-tip tea to ward off sickness.

The vapors coiling from the hot mug smell like a dead Christmas tree or dying fir branches in a summer forest. Upon first sip my impression is merely of faint sourness. The flavor is unspectacular, and the tea seems too weak. A touch of honey changes the experience completely. Instead of obscuring the tea's flavor, the honey brings out the subtleties: Half a teaspoon transforms sourness to lemony lightness. Beneath the citrus note, I can detect that ineffable wildness peculiar to ingredients from the woods. It's not so much a flavor but a complexity of flavor that all wild foods share. Just as a wildflower has a delicate beauty that's unduplicated in the world of domestic plants, tea brewed from fir tips has a delicacy of flavor that is perhaps indefinable. Maybe I'm letting my imagination run away with me, but as I sip my tea and look out at our tangled garden, I feel a vitality creep through my bones and my weariness fades in the sanctity of home.