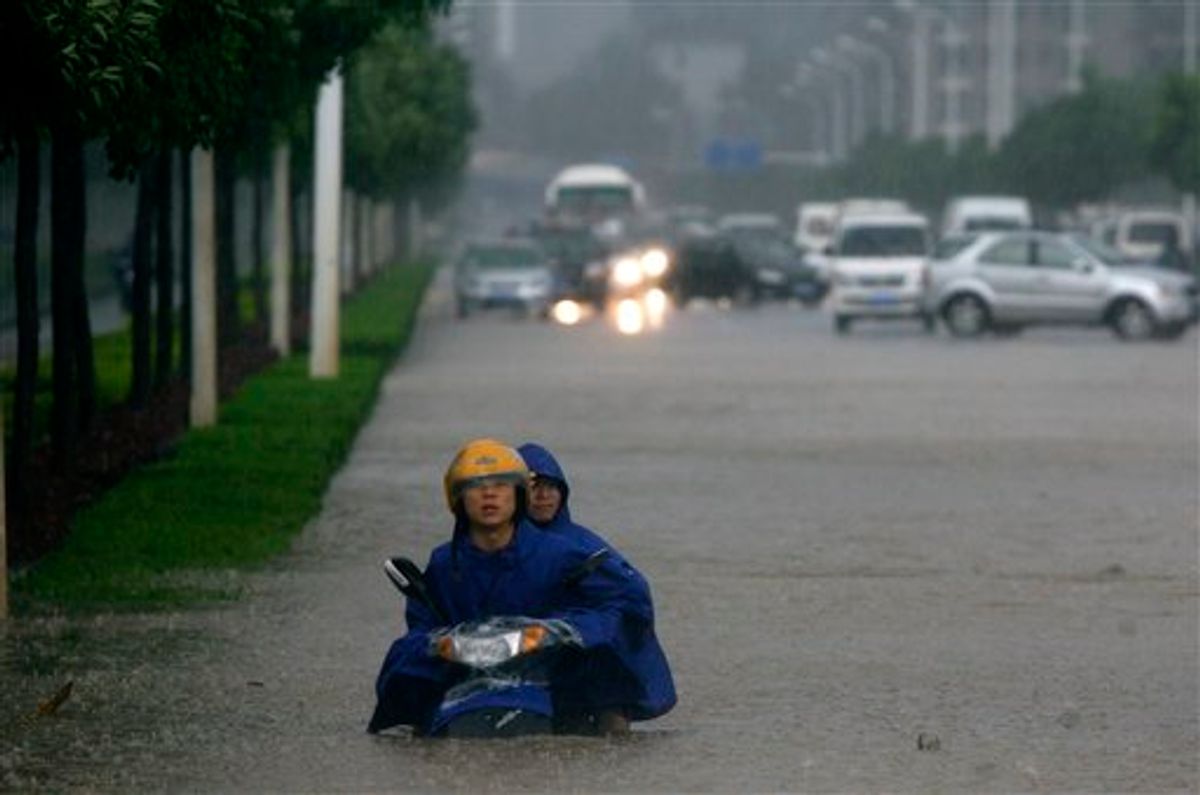 Two men on a motorcycle are stuck in floodwaters in Wuhan in central China's Hubei province Saturday June 18, 2011. Flooding from this month's seasonal rains has already forced hundreds of thousands of people from their homes and left more than 170 dead or missing. (AP Photo) CHINA OUT (AP)
--

More than 5 million people have been displaced or otherwise affected by flooding in eastern China that is also pushing up food prices, state media reported Sunday.

Almost 1,000 businesses have been forced to suspend operations and 5.7 million people have had their lives disrupted, Xinhua said in a brief report. More than 7,000 homes collapsed or were otherwise damaged and direct financial damage was estimated at almost 6 billion yuan ($930 million).

The downpour triggered a mudslide that buried houses and killed two people in Zhejiang's Changshan county, while two more were killed and two left missing by flooding in Hubei, Xinhua said.

Flooding in eastern and southern China this month has left more than 170 people dead or missing. Roads and railways have been blocked, but aid supplies are arriving and the country's weather bureau says skies are expected to clear up Monday.

Farmers quoted by Xinhua said the flooding was the worst in 20 years, reducing vegetable output by 20 percent and also causing shortages of fruits and grains. Prices for green vegetables were up 40 percent, Xinhua said, adding to an inflation rate of 5.5 percent, a three-year high.

The increase in the consumer price index reported last week was in line with expectations but higher than April's 5.3 percent and March's 5.4 percent. The National Statistics Bureau said the main factor was an 11.7 percent jump in food prices.

Higher food prices blamed on flooding were also reported in the eastern provinces of Anhui and Jiangxi, Xinhua said.