Does a brain quirk foster creativity?

From Kandinsky to Nabokov, many artists have had synesthesia, a condition where people assign colors to letters 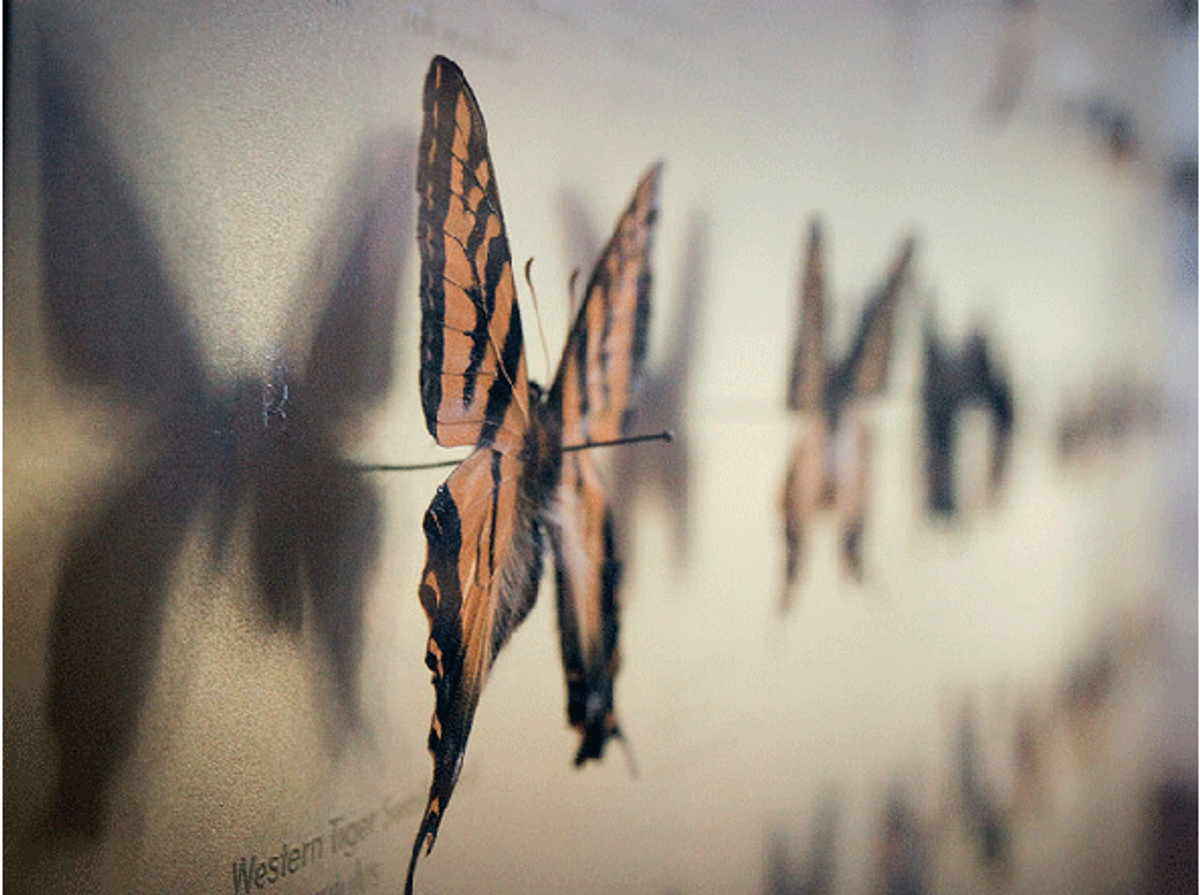 Welcome back to Part 3 of my series on synesthesia, a harmless quirk in some brains -- mine included -- where one "sees" colors associated with letters, numbers, tastes, or sounds.

Last time we ended with a knockout quote from the king of same, novelist (and avid lepidopterist) Vladimir Nabokov. Describing his own synesthesia for letters and numbers in his memoir "Speak, Memory," Nabokov continues:

"Passing on to the blue group, there is steely x, thundercloud z, and huckleberry k. Since a subtle interaction exists between sound and shape, I see q as browner than k, while s is not the light blue of c, but a curious mixture of azure and mother-of-pearl...

...In the green group, there are alder-leaf f, the unripe apple of p, and pistachio t. Dull green, combined somehow with violet, is the best I can do for w. The yellows comprise various e's and i's, creamy d, bright-golden y, and u, whose alphabetical value I can express only by 'brassy with an olive sheen.'

"In the brown group, there are the rich rubbery tone of soft g, paler j, and the drab shoelace of h. Finally, among the reds, b has the tone called burnt sienna by painters, m is a fold of pink flannel, and today I have at last perfectly matched v with 'Rose Quartz' in Maerz and Paul's 'Dictionary of Color.' The word for rainbow, a primary, but decidedly muddy, rainbow, is in my private language the hardly pronounceable: kzspygv."

Ekphrasis: Yellow: Nomenclature or 1,200 Names for Yellow (as Defined by Maerz and Paul's "A Dictionary of Color") by Aunt Peaches

Vlad, as usual you hit the target bang-on. I can fully identify with the contradiction implicit in his W, "dull green, combined somehow with violet." My most changeable letters are J (a silvery color wavering between carnation-pink and sky-blue), L (a slate blue-green, shading to charcoal), T (a warm straw-yellow) and Q (shell-pink but faintly see-through).

I love those synesthetes who endow their graphemes with personality. In an 1893 academic study, one synesthete described his letters with the dryly observant detail of a mailman on his daily rounds: "T's are generally crabbed, ungenerous creatures. U is a soulless sort of thing. 4 is honest, but... 3 I cannot trust... 9 is dark, a gentleman, tall and graceful, but politic under his suavity." I agree with all except the characterization of T, and I find U's ghostly air more ethereal than soulless.

The list of creative folks with synesthesia, real or wishful, is expansive: painters David Hockney and Wassily Kandinsky; renowned scientists Richard Feynman and Nikola Tesla; composers Anton Scriabin, Duke Ellington and Nikolai Rimsky-Korsakov among many others.

Oddly, the premise of synesthesia offers a jumping-off point mainly for those creatives who don't have it. That's not to say that the results of noodling around synesthesia aren't intriguing in their own right. I haven't heard N.E.R.D's 2008 album "Seeing Sounds," but I have properly grooved to Ken Nordine's low-key classic of spoken-word jazz, Colors (or download MP3s here). Snap along with this hep-cat and see if you agree.

The sound-meets-color synesthetes have gone to unusual lengths to prove their point -- probably because the idea of musical scales jiving with the color spectrum has a very old provenance. Here's not the place to shrink-wrap that vast history, but suffice it to say that Newton invented indigo as a largely imaginary seventh color of the rainbow in order to reconcile the rainbow's seven colors with the eight-tone musical scale and the seven days of biblical creation. (Note from my musicologist husband: the 8-tone scale technically has only 7 unique tones; the eighth is the same as the first, just transposed up an octave.)

Traveling color-organs -- musical instruments that flashed the "correct" color to match each tone -- had two heydays. A. Wallace Rimington's "Clavier à  lumières" (above) thrilled audiences in the 1890s primed for the creative dazzle afforded by that new invention, electricity. The torch then passed to the warring Clavilux and Sarabet color-organs that toured the United States and Europe in the 1920s.

None of the above addresses the chief question at hand: Namely, how can you use "your" colors to guide your creative process? Actually, the answer may be buried in plain sight in that question. Most creatives' color spectra are so hopelessly particular, that the glowing specificity of their choices doesn't readily translate to a waiting viewer. I do know when I write, I will ruthlessly edit if the colors of a given sentence seem off-balance, too garish, too matte, oddly textured. Crazy? Perspicacious? Clever at a preconscious level? Who knows?

"Suprematism (Supremus No. 58)" by Kazimir Malevich

I leave you today with a quote from Futurist painter Kazimir Malevich's 1919 manifesto, "Non-Objective Art and Suprematism," leader of a highly obstreperous group of synesthetes, from color-lovers to -vilifiers. However murky your color lights, however buried your color-drives, here's wishing you full throttle in your creative endeavors -- synesthetic or not, colorful or not!

"I have ripped through the blue lampshade of the constraints of color. I have come out into the white. Follow me, comrade aviators!... I have overcome the lining of the colored sky, torn it down and, into the bag thus formed, put color, tying it up with a knot. Swim! The white free abyss, infinity, is before you."