The fantasy series' rousing, spectacular finale will be remembered as the moment HBO got its mojo back 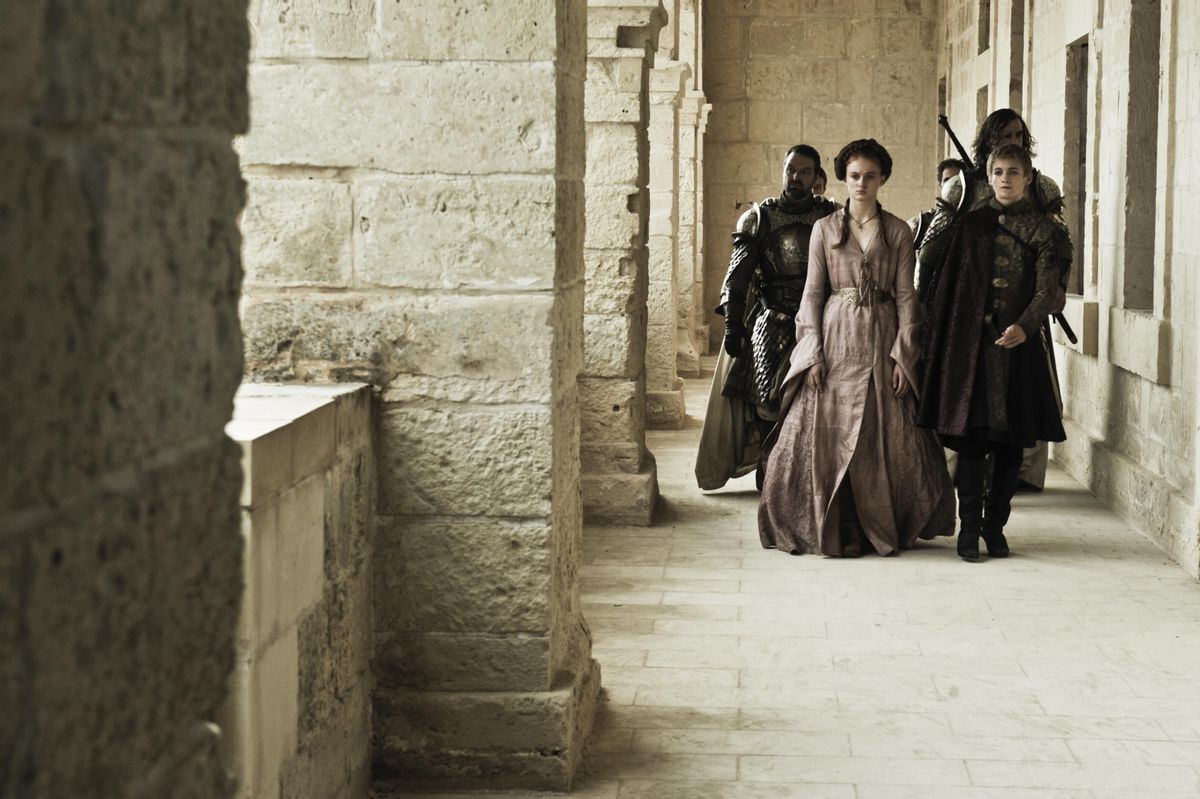 [Spoiler alert: If you haven't watched the Season 1 finale of "Game of Thrones," stop reading now.]

"One must not put a loaded rifle on the stage if no one is thinking of firing it," Anton Chekhov wrote in 1889.  The same is true of dragon's eggs.

They were featured in the pilot episode of "Game of Thrones." Danerys Targaryen has been carrying them around ever since, occasionally taking them out and pondering them but always setting them aside for later. In the Season 1 finale, titled "Blood and Fire," she finally used them, piling them on a funeral pyre for her husband, Khal Drogo, setting it ablaze, then walking into the flames herself. When her right hand Ser Jorah Mormont discovered her the next morning, she was the only recognizable figure in a pile of smoking shards. The flames had burned off all her clothes. There were three newborn dragons clinging to her, one of them strategically posed over her pubis so that she evoked this image of Aphrodite. Scenes like this put the lie to the canard that "Game of Thrones" is a woman-hating series. Its women are socially inferior (by virtue of the society they live in) but in many ways dramatically superior to, and more interesting than, the men. Never was this more clear than in the last scene of "Blood and Fire," which attained an eerie, mesmerizing, almost mythological power.

That closeup of Daenerys with the baby dragon on her shoulder -- stretching out its wings and letting out a strangled yawp -- was not just a dramatically pivotal moment in the TV series; it may be looked back on as the moment when HBO, four long years and many dramatically shaky series after the end of "The Sopranos," finally got its mojo back. The rest of the hour was altogether extraordinary -- expertly structured by series creators David Benioff and D.B. Weiss, directed by Alan Taylor with the right balance of terseness and sweep, and filled with moments that were genuinely powerful because they represented the culmination of a meticulous, season long buildup: a cathartic release of feeling.

That literally and figuratively vertigo-inducing moment on the wooden bridge, with the traumatized Sansa Stark thinking about grabbing her sadistic rotter of a husband, Prince Joffrey Baratheon, and leaping into the abyss; the "Monkey's Paw" moment when Daeneyrs realizes she's given up her child to the witch Mirri Maz Dur in exchange for her beloved Khal Drogo living on in a vegetative state; that sobering monologue by the witch, wherein she reminds Daenerys, and by extension us, that just because a royal thinks she's all-powerful and that world revolves around her doesn't make it so; Daenerys euthanizing Drogo with a pillow, which for me was an exquisitely painful image, in some ways harder to take than Ned Stark's death; Maester Pycelle feeding what sounded like totally unreliable information to Roz the Whore and revealing himself to be a lot more spry, and certainly more crafty, than his doddering facade made it seem; Lady Catelyn Stark taking a rock to the face of Jaime Lannister, and Jaime responding with statements that revealed the depth of his self-loathing as well as his treachery; Samwell Tarly and company talking Jon Snow out of the woods and back to The Wall to finish his sworn duty and prepare for an even greater, more terrifying war; the conversation between the despised "half-man" Tyrion Lannister and his glowering dad, Tywin, that ends with Tywin admitting he's let himself be boxed into a corner, and deciding to send Tyrion to serve as Joffrey's right hand because "You are my son": these were all splendidly human moments that summoned deep emotion the hard way, by laying the proper groundwork and not cheating the audience in any way, for any reason.

Bottom line: This was the best first season of a cable series, and surely the best first season finale, since "Deadwood" back in 2004. Each scene and moment seemed to have been carved out of wood, and they all tied up old business while setting the stage for new business. Season 2 is scheduled for April, 2012. Hurry up, spring.