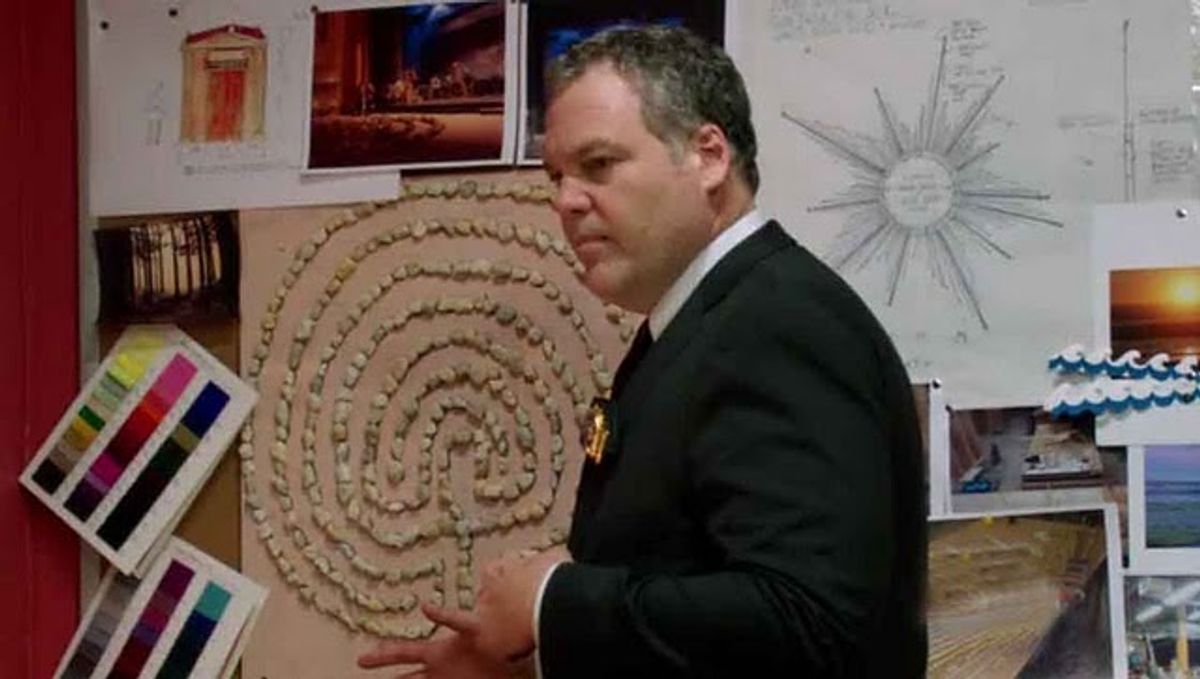 "Law and Order: Criminal Intent" certainly had some hubris this week, making a "Spider-Man: Turn Off the Dark"-like musical the scene of the crime and placing "Sex and the City" star Cynthia Nixon in the center of suspicion as a drunken Julie Taymor stand-in. "Icarus," the season finale, is set in a world where "Turn Off the Dark" already exists, so there are various references to both its massive flop and Taymor's illusions of grandeur. In the opening scene, we see a bleached-blond  sitcom star absolutely ruining Nixon's vision!

No Cobb salad for her! She needs a drink!

Who is that shady Bono wannabe who accompanies Mark on the sing-along? And what kind of song is that anyway? None of these questions are answered in the next scene, where Mark is eulogized with an equally terrible number called "Hubris" from the fake "Icarus" musical, which Vulture point out is also a dig at Taymor, since "the programs for 'Turn Off the Dark' included a section about the "hubris" of Arachne."

Did we mention Patti Smith was also in this episode? The singer wanted to make this her TV debut since she watches L&O in different languages while on tour to "dispel the loneliness"? Maybe next season, "Criminal Intent" can have an episode about her.