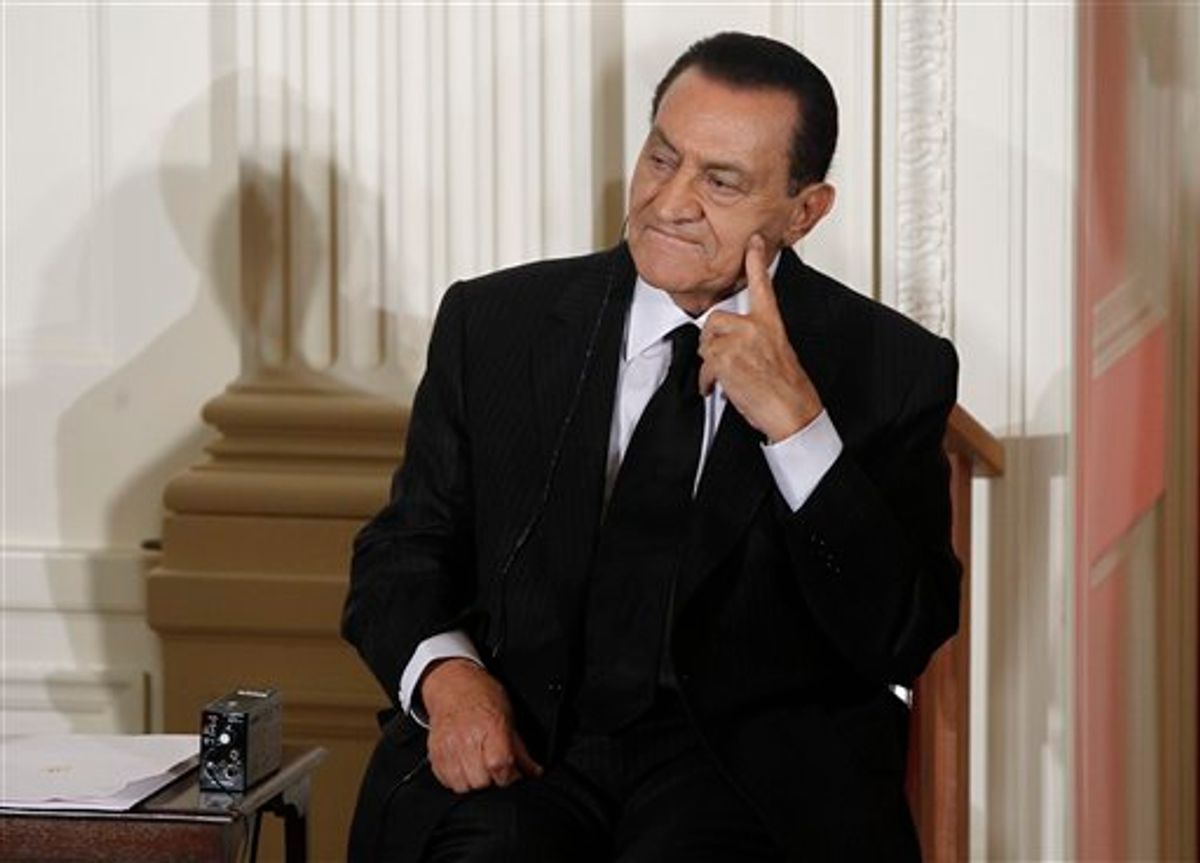 CORRECTS 2ND SENTENCE MUBARAK TO FACE TRIAL -- FILE - In this Wednesday, Sept. 1, 2010 file photo, Egypt's then President Hosni Mubarak listens as Israel's Prime Minister Benjamin Nethanyahu, unseen, speaks in the East Room of the White House in Washington. Hosni Mubarak will stand trial on charges of conspiring in the deadly shootings of protesters during the uprising that ousted him, the prosecutor-general said Tuesday, and in addition he and his two sons were charged with abusing power to amass wealth, enriching associates and accepting bribes - a major step in a country still rattled by protests and demands for justice. (AP Photo/Charles Dharapak, File) (AP)
--

The defense lawyer of former Egyptian President Hosni Mubarak says the ousted leader may have cancer.

Farid el-Deeb said Monday there is "evidence suggesting" that the 83-year-old Mubarak has stomach cancer.

Mubarak, ousted on Feb. 11 by a popular uprising, has been hospitalized since April in the Red Sea resort of Sharm el-Sheikh. He is scheduled to face trial on Aug. 3 on allegations he ordered the killing of protesters during the uprising. If convicted, he could be sentenced to death.