Thousands in Yemen call for president's son to go 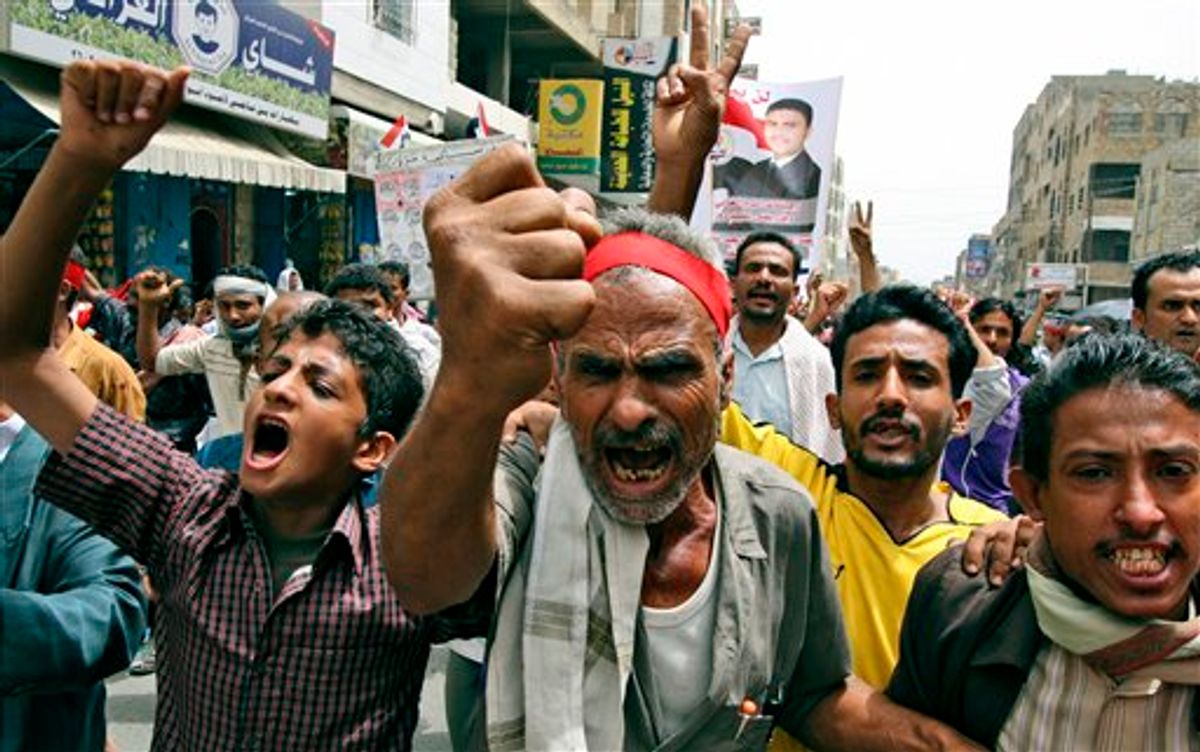 Tens of thousands of Yemenis have taken to the streets of the capital, demanding that the president's son leave the country.

Ahmed Saleh, 42, is a one-time heir apparent who commands the elite Yemeni Presidential Guard. The force has been leading the crackdown on pro-democracy demonstrators since the uprising began in February.

Demonstrators on Monday called for him to leave, along with his brother Khaled, who is also an army commander.

Ali Abdullah Saleh, Yemen's president of nearly 33 years, was badly wounded in an attack on his presidential compound earlier this month and is undergoing medical treatment in Saudi Arabia.

A ruling party official said last week he would return soon, though he faces growing pressure at home and abroad to step down.