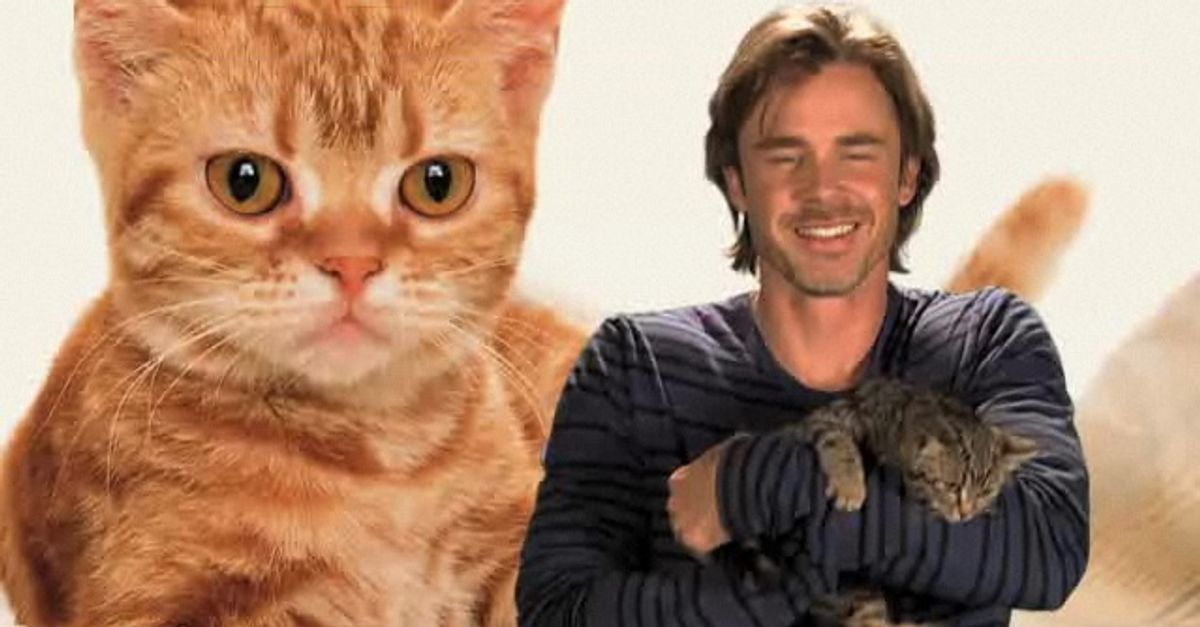 1. Creepy "Lost" update of the day: Evangeline Lilly may be in "The Hobbit," but 51-year-old Doug Hutchison (who played Horace, head of the Dharma Initiative) just married a 16-year-old "aspiring country singer."

2. Terrible names for Woody Allen movies of the day: "The Bop Decameron," the Jesse Eisenberg, Alec Baldwin, Ellen Page, Roberto Benigni, Penélope Cruz, Greta Gerwig and Allen picture that will be set in Rome and hopefully translates to "I'm sorry about this title."

3. Hot guys holding little kitties of the day: It's so weird, I was just talking to my friend today who was asking, "When is Sam Trammell just going to do a video where he undulates around a green screen holding a little cat?" I was worried I'd have to wait until the season premiere of "True Blood!" Thank you, FunnyorDie!

4. Jake Gyllenhaal of the day: Hey, Jake is going to be on "Man Vs. Wild," straight chillin' with Bear Grylls and probably drinking his own urine. Not because he's on the show, just because he likes it. (Insert your own 2005 "Brokeback Mountain" joke here.)

5. Best metal cover of the day: Ryan Adams, doing his own song "16 Days" like he was in Cannibal Corpse during a show in Norway.