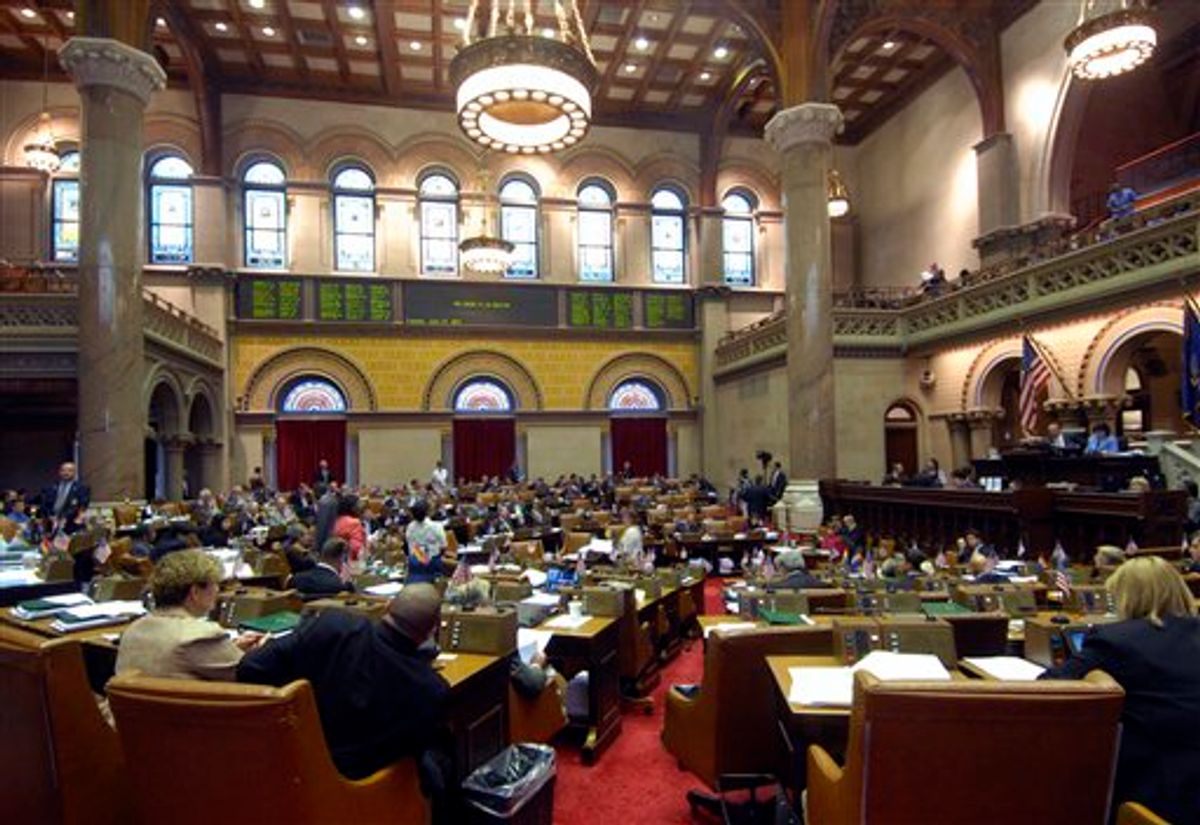 Members of the New York state Assembly hold a session at the Capitol in Albany, N.Y., Tuesday, June 14, 2011. Legalizing gay marriage in New York came within two votes of those needed for passage Monday as Gov. Andrew Cuomo rallied most Democrats and coaxed one Republican vote in the Senate. (AP Photo/Hans Pennink) (AP)
--

ALBANY, N.Y. (AP) -- Two Republican state senators in New York say no decision has been made on the fate of gay marriage after a three-hour closed-door meeting.

The senators, speaking on condition of anonymity Monday, say gay marriage is tied up in negotiations with other issues including rent control in New York City and a statewide property tax cap.

A vote by the majority Republican conference to send the marriage bill to the Senate floor or kill it could still be days away.

A vote in New York is viewed as a critical point in the national gay marriage debate.

The senators spoke on condition of anonymity because there has been no official statement from the GOP.