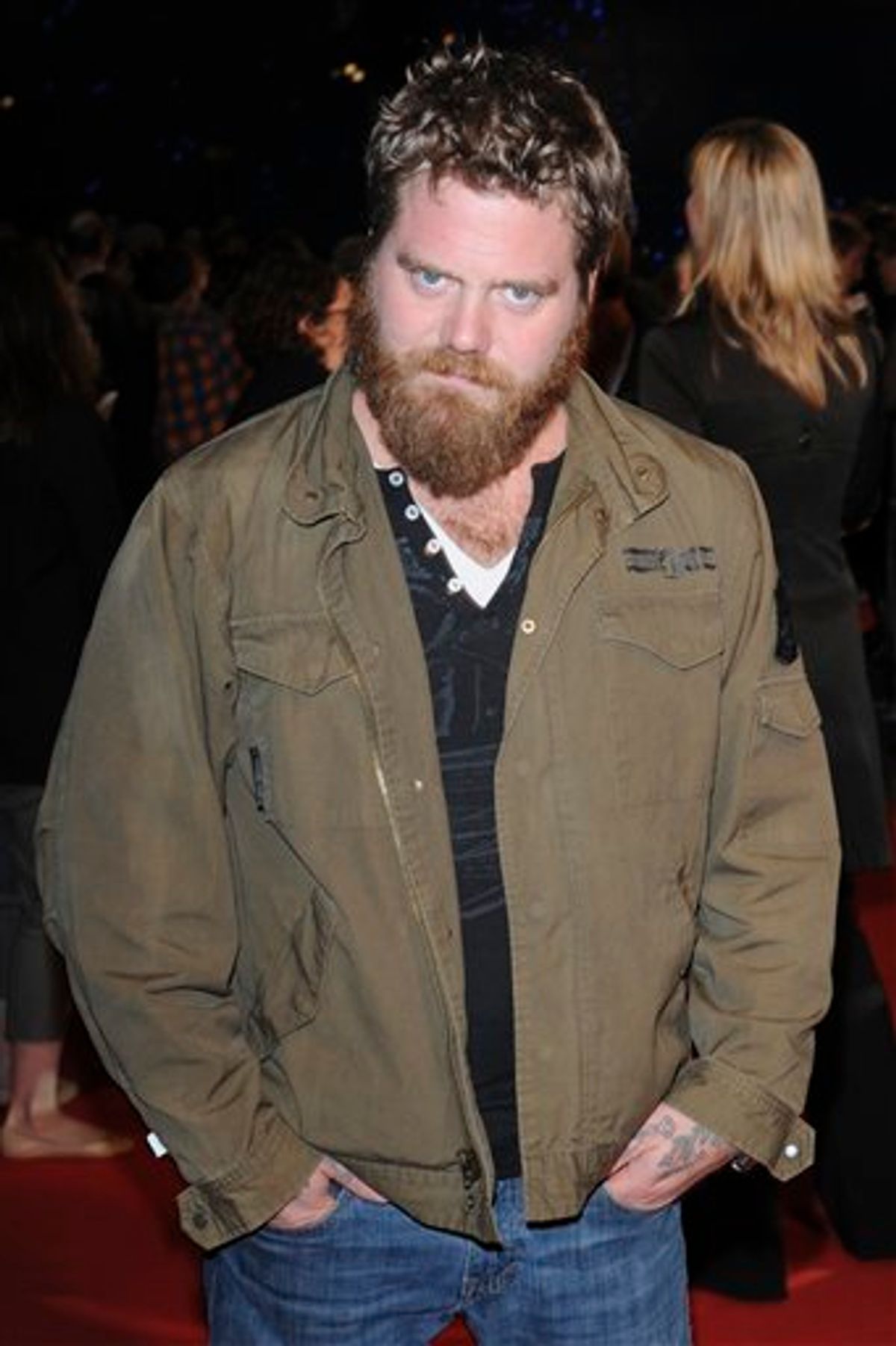 "Jackass" star Ryan Dunn, who along with his castmates made Americans cringe and snicker through vulgar stunts in their multimillion-dollar TV and movie franchise, was killed early Monday in a fiery car crash. He was 34.

Dunn, a daredevil whose most famous skits included diving into a sewage tank and shoving a toy car into his rectum, was driving his 2007 Porsche in suburban Philadelphia when it went off the road into the woods and burst into flames. A passenger was also killed, and speed may have been a factor in the crash, West Goshen Township police said.

Dunn appeared on MTV shows "Jackass" and "Viva La Bam" and the three "Jackass" big-screen adaptations. He also was the star of his own MTV show, "Homewrecker," and hosted "Proving Ground" on the G4 cable network.

His longtime friend and fellow "Jackass" daredevil Johnny Knoxville tweeted on Monday afternoon, "Today I lost my brother Ryan Dunn. My heart goes out to his family and his beloved Angie. RIP Ryan, I love you buddy."

Dunn also starred in the yet-to-be-released film "Living Will." The film's website describes Dunn's character as a "party bum slacker (who) returns from the dead as a mischievous and perverted ghost."

In a statement, MTV praised Dunn's tireless humor and enthusiasm and said he would be sorely missed.

"We are devastated by the tragic loss of Ryan Dunn -- a beloved member of the MTV family for more than a decade," said Van Toffler, president of MTV Networks Music/Films Group. "The Jackass brotherhood will never be the same."

Dunn was born in Ohio and moved at age 15 to Pennsylvania, where he met Bam Margera on his first day of high school, according to a biography posted on his website.

Dunn, Margera, Christopher Raab (known as Raab Himself) and Brandon DiCamillo, under the moniker CKY for "Camp Kill Yourself," started making videos that featured them skateboarding and performing stunts.

Dunn was working as a welder and at a gas station when Knoxville, a friend of Margera's through the skateboarding circuit, asked the crew to allow their videos to be part of the series "Jackass," which became a hit on MTV and ran from 2000 to 2002.

Perhaps his most famous stunt, in 2002's "Jackass: The Movie," involved inserting a toy car into his rectum and going to an emergency room, where he made up a story that he was in mysterious pain after passing out at a fraternity party. Dunn's X-ray from the hospital became a popular T-shirt with "Jackass" fans.

In a 2000 stunt, he dived into a tank at a raw sewage plant wearing flippers, a mask and a snorkel.

A few hours before the 3 a.m. crash, Dunn tweeted a picture of himself drinking with two friends. The photo has since been removed.

The passenger who died with Dunn has not yet been identified.