A couple of young men film their late-night high jinks at Dallas-Fort Worth airport. Not everyone was amused 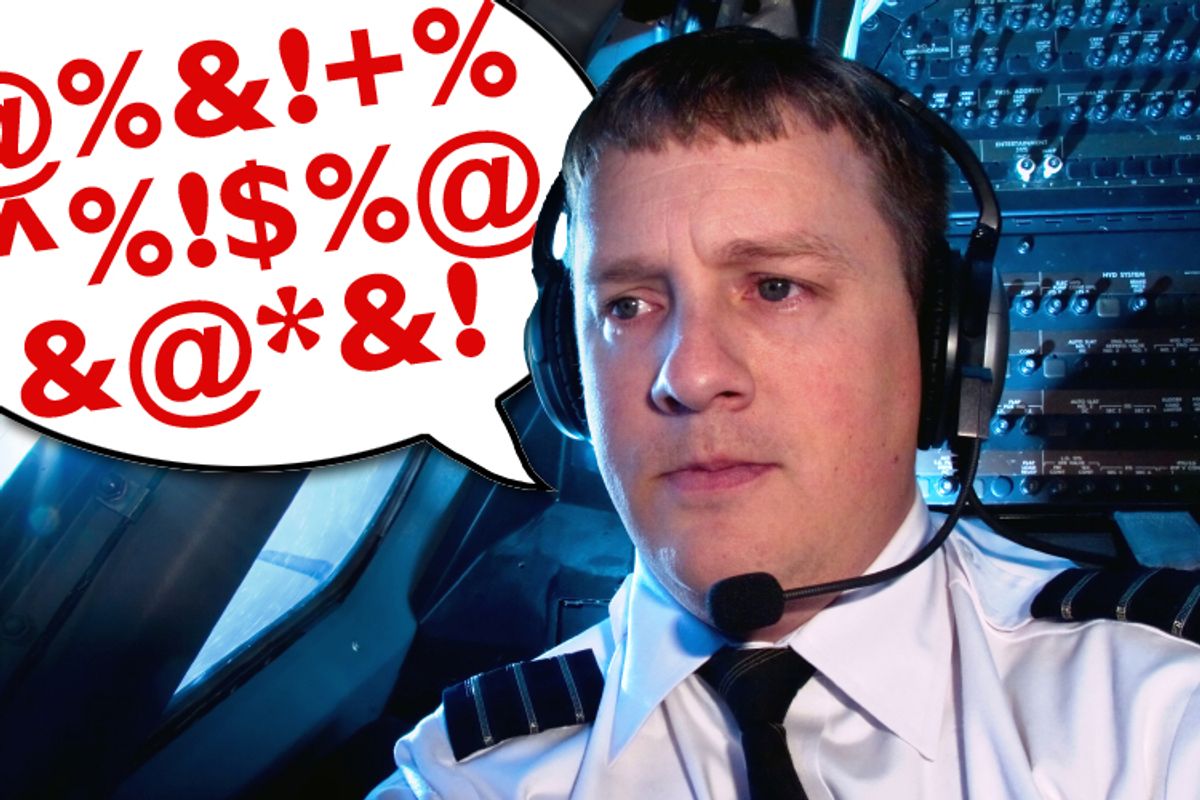 So you probably caught the story last week about the two guys who turned Dallas-Forth Worth airport into a sort of after-hours theme park, videotaping their late-night ramble through an otherwise unoccupied terminal. Their high jinks included wheelchair races and acrobatics.

It was all in good fun, though, predictably, not everybody saw the humor. That the men were not quickly apprehended, or at least questioned, is seen by some as a brazen security breach.

I am not among those who feel this way. Sure, I'm surprised that airport authorities weren't alerted to their antics, but somehow a pair of guys -- both of whom had been screened by Transportation Security Administration -- performing handstands in an empty inter-terminal train car isn't exactly a threat to national security. Neither is it indicative, as some are claiming it is, of a glaring weakness in the system.

Ditto for last week's other big security scandal -- the odd story of the US Airways employee who stowed away on a flight from Tampa, Fla., to Charlotte, N.C.

The takeaway from these incidents -- that our security expectations are unrealistic -- ought to be apparent, but it gets lost in the noise. In a nation where more than 2 million people fly each day, we cannot expect total invulnerability at airports -- or anywhere else. The idea of absolute, zero-tolerance security is not only impossible but dangerous to the country's fiscal and libertarian (with the small "l" if not the big one) well-being.

I am perfectly comfortable living in a country with imperfect security, mainly because the perfect kind is ultimately unattainable, and our relentless striving for it only drives us further into debt, erodes our liberties and turns our public facilities into fortresses. What's more, we don't need a massive security apparatus to keep us reasonably safe from terrorism.

Now, as for those pranksters in Dallas, I'm proud to say they ain't got nothin' on my friends and me, circa 1979, on our regular, creatively mischievous forays through Boston's Logan airport, where we spent most weekends between grades six and nine. You can read the full memoir here, but among the fun parts ...

We navigated our turf with a kind of muscle-memory intimacy. We knew the keypad combinations to most of the secure areas, and were on a first-name basis ("here come those pain-in-the-ass kids again") with airline ground staff. We'd sneak behind kiosks and dig through drawers and closets, helping ourselves to anything and everything affixed with an airline logo: stickers, stationery, boarding passes and timetables. The parking lot atop the original Terminal A, since demolished, was another prime zone for pranks. More than one Eastern Airlines 727 or L-1011 had its wings and tail bombarded with snowballs from our rooftop launching pad.

Getting onto parked aircraft was something we accomplished with little resistance. It was an easy process of meandering through security, then staking out an arriving flight. After everyone had disembarked, we'd request a cockpit tour from the agent or crew. Tired captains occasionally sent us down the jet bridge unattended -- or, it wasn't beyond us to stroll aboard without asking. We'd sit in the cockpit, going through imaginary takeoffs or pretending to be aloft over the ocean somewhere. I remember spending the better part of an hour sitting at the controls of a Northwest Orient DC-10 before a mechanic finally discovered us and made us leave.

Those were simpler times. Or were they? It's tempting to say that we're living in a more dangerous, more vulnerable era, but really that isn't true. Our memories, it often seems, have been wiped clean by the spectacle of Sept. 11. We've forgotten that the 1970s and 1980s were an era rife with terrorist attacks against civil aviation targets -- far more of them than we see today. Yet in spite of the dangers, we knew our limitations. I am not advocating for anybody's right to wander unattended onto jetliners, but nevertheless we were a smarter country in those days, with a wiser sense of what was rational and what was not. And we hadn't given in yet to hysteria.