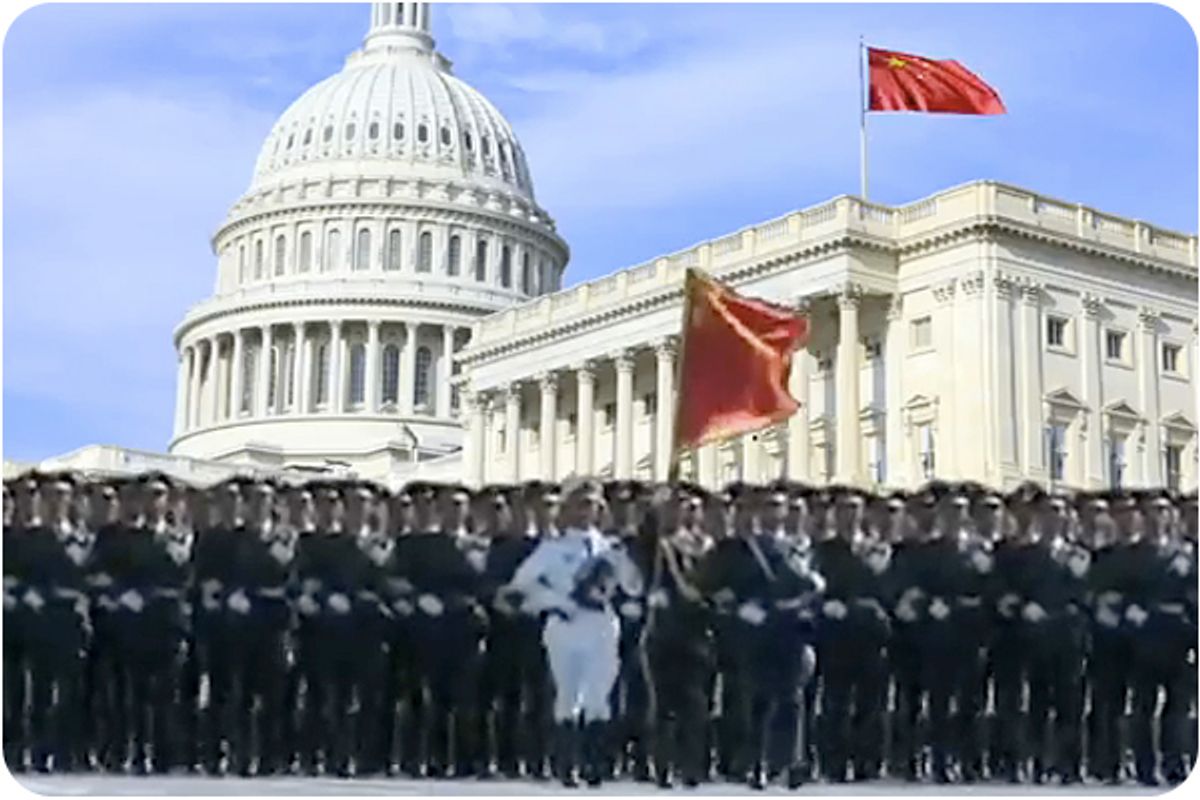 The Huffington Post's Jason Linkins brings us the news that Mark Amodei, a Republican running in a special election to fill Nevada's 2nd Congressional District seat, is airing a campaign ad making the intriguing argument that a vote to raise the debt ceiling is a vote to enable Chinese imperial world domination.

"Obama just kept raising the debt limit and their independence became a new dependence. As their debt grew, our fortune grew. And that is how our great empire rose again."

Whether or not the debt ceiling is raised, the Chinese economy will one day surpass the United States. That doesn't necessarily mean the People's Liberation Army will establish beachheads near the Washington Monument and Jefferson Memorial, but at the very least some overinflated American egos are due to be punctured. The U.S. can't put of that day of reckoning forever, but there are some ways we could hasten its arrival.

For example, we could fail to raise the debt ceiling, and simultaneously ruin our credit rating, plunge the world into a global economic systemic crisis, and provoke extreme ire on the part of the foreign holders of U.S. Treasuries and other debt instruments.

Not all of these outcomes are guaranteed. For example, Treasury Secretary Tim Geithner might follow the GOP's advice, and stiff American citizens by failing to deliver Social Security checks or make unemployment benefits while ensuring that interest payments on government debt keep flowing to foreign creditors.

I'm not sure what Nevada Republicans are thinking, but I'm struggling to imagine a more quisling demonstration of dependence on a foreign empire than the decision to privilege foreign debt payments over domestic obligations. The PLA wouldn't even need to invade. They would already have won.