Mom, tell me about your "first time"

What difficult questions do you ask an ailing parent? For me, it was about my mother's early sex life 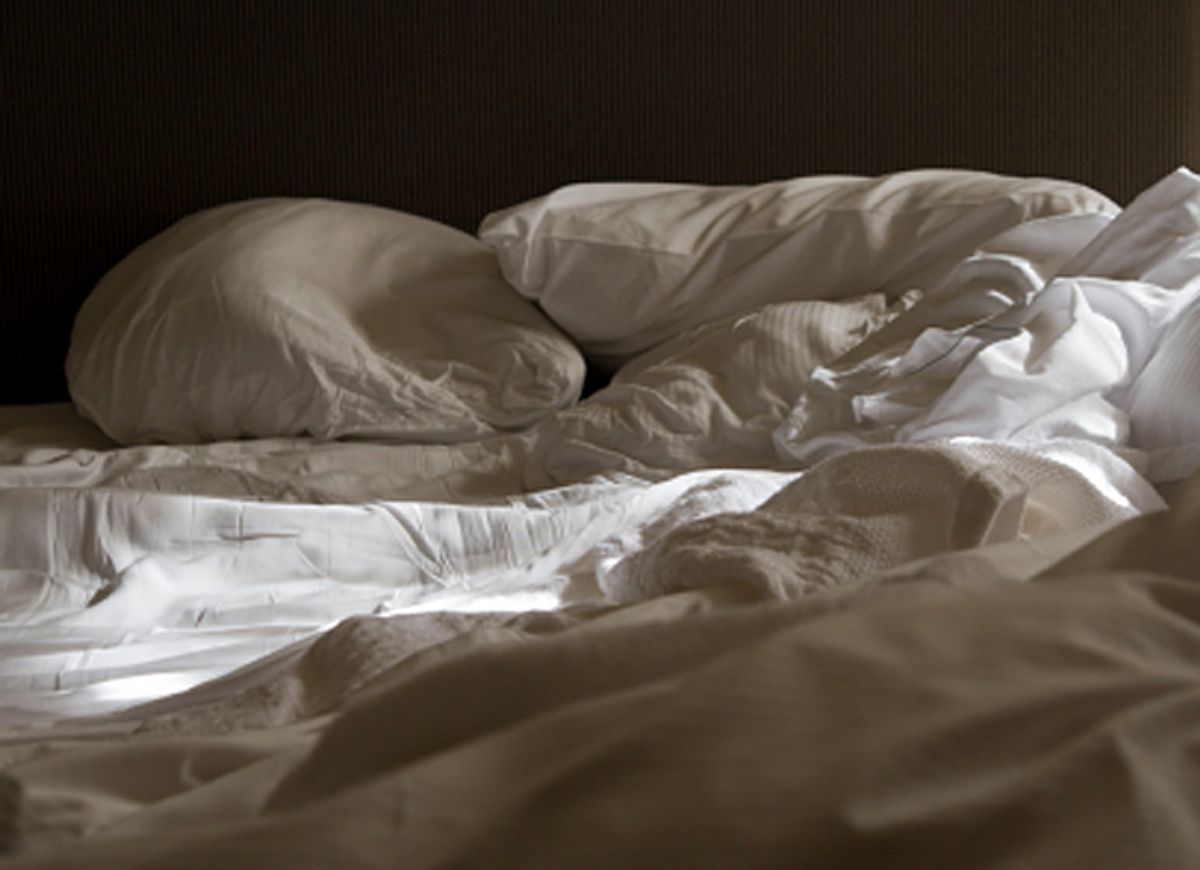 I finally had "the sex talk" with my mom on the final day of our family vacation. This isn't a teenage memory; this happened just last week, and I was the one quizzing her about youthful dalliances.

We all joke about the difficulty of the "birds and the bees" conversation, but what's talked about less often is the reverse: adults sitting their parents down and having "the talk." I don't mean showing them how to use a condom (although recent reports suggest seniors could actually use a refresher course on safe sex); I mean asking them about their first sexual memory, losing their virginity, having "the talk" with their parents and so on and so forth. These are the revealing, powerful details that are excluded from parental folklore. Sex gets at the core of a person and it felt to me like an essential part of knowing my mom more fully -- as a person, not just a parent.

My hippie parents were always open to talking about the mind-bending wonders of meaningful, loving sex -- and how it's the "glue" (ew) of marriage -- but I knew little of my mom's sexual and romantic past. I had lots of questions, and her terminal cancer diagnosis a year ago drove home the fact that I might never have them answered. I also know someone whose father passed away before he could ask him some burning sexual questions, namely why his dad's marriage to his mom was largely sexless. Now it will forever be a mystery to him, one that is deeply tied to concerns he has about his own sexual experiences, and it haunts him.

Then, last week, I went for a hike with my dad through a forest of lichen-covered oak trees. Afterward, on the twisty mountain drive back home, he started to cry; something I had said, an exclamation over an enchanting patch of moss, had reminded him of my mom, who can no longer walk in nature -- or for any significant distance at all. Before long, I was tearing up too and choked out the words: I have questions for mom, but I'm scared to ask. I sounded more like a preteen than a 27-year-old; I guess sex can do that to you at any age. He privately relayed our conversation to her -- which I knew to expect on some level -- and she approached me later, smiling: You have some questions for me?

That was all it took. We sat there for nearly two hours, talking and, at points, crying. Who was your first boyfriend? When did you lose your virginity? How did you feel about it? What kind of men did you date when you were in your 20s? What was your sex life like before Dad? She matter-of-factly illuminated what had seemed like dark canyons of secrecy. I'll have to keep most of it in the shadows here, because these are her stories, not mine -- but, as an example, I learned that her first sexual experience wasn't something that she at all romanticized. At the time, she felt "glad to get that over with" -- meaning losing her virginity and all of the absurd religious moralizing attached to it. She was rebelling against a strict and old-fashioned father.

That helps explain her relaxed attitude to letting my high school boyfriend, my first love, sleep over (and move in during my senior year, but that's a much longer story). Oh, how the pendulum swings! And yet the apple doesn't fall far from the tree: She explained how in her 20s men reacted to her as an anomaly because she thoroughly enjoyed sex rather than treating it like a chore; she's always felt a bit like a sexual outsider. These are things I'm all too familiar with myself. You see, this sex stuff matters for the same reason we ask our parents anything about their childhood: We like to know where we come from. Often enough, we can see ourselves reflected in their stories -- whether it's nature or nurture or some perplexing combination thereof.

Long before I pulled off this conversational feat, I talked with a friend who had undertaken the same maternal investigation. Much to her surprise, she discovered that her mom had cheated on her father once and never told anyone until that very moment. The rest of what she learned was less shocking, but still fascinating, and humanizing. "The hardest part is asking that first question," she told me at the time with the flushed, wide-eyed fervor of a teenage girl reporting her first sexual encounter to a less experienced friend. "It's all downhill after that, and it's worth it." Now here I am telling you, She was right.