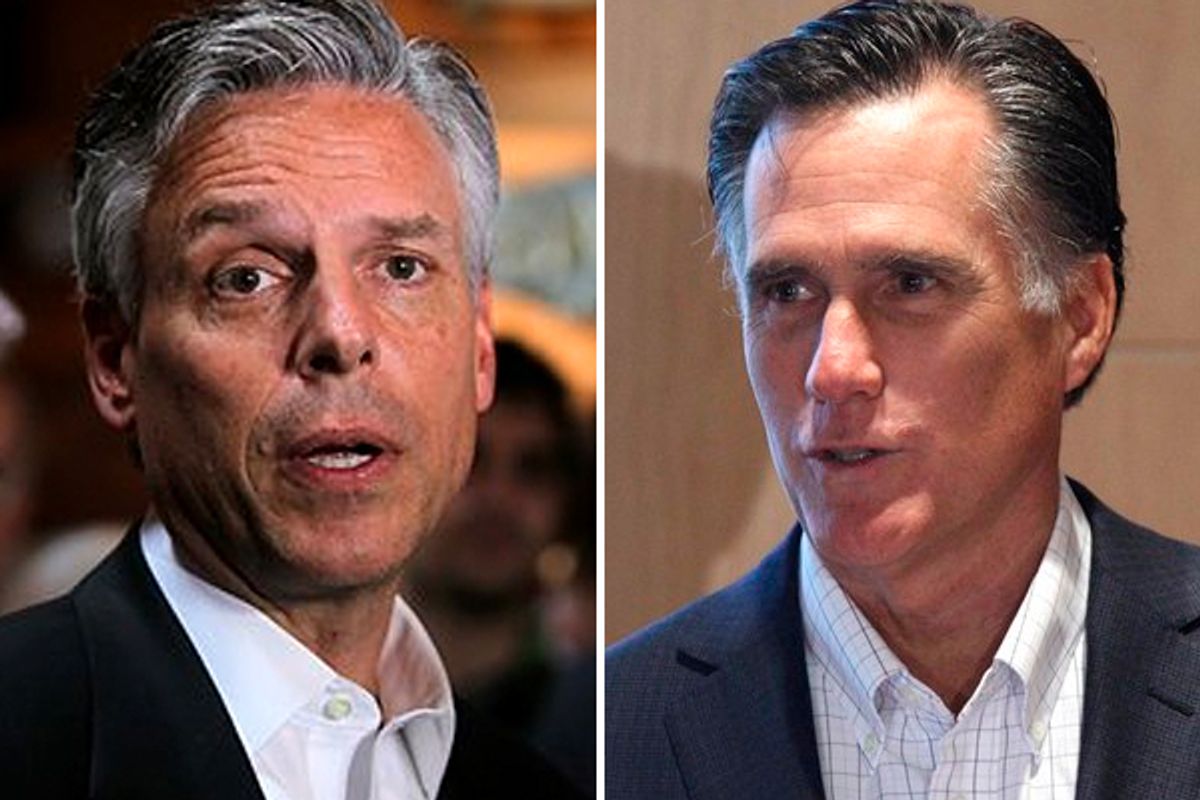 In the coming months, Mitt Romney will doubtless battle fellow Republicans over his healthcare pedigree, and Jon Huntsman will fight for attention in the growing GOP presidential field. According to a recent Gallup poll, both candidates will also share a further challenge: The fight against anti-Morman prejudice.

The new poll, released Monday, shows that approximately one in five Americans "would not support a Mormon for president." (Broken down by political party, that's 27 percent of Democrats and almost 20 percent of Republicans and independents.)

Only homosexual and atheist candidates would be the subject of more radical voter bias, the poll suggests; 32 percent of respondents claimed they would not vote for a gay or lesbian candidate, and almost half said they would not support an atheist.

Political prejudice against Mormons seems to have remained "stable" since Gallup's first poll on the subject in 1967. By contrast, the pollster notes "steep declines in similar views toward several other groups over the past half-century, including blacks, women, Catholics, and Jews:"

The last time as many as 22% of Americans said they would not vote for any of these [other] groups was 1959 for Catholics, 1961 for Jews, 1971 for blacks, and 1975 for women. As noted, opposition to voting for each of these has since tapered off to single digits.

Finally, Gallup points out that the statistics, while certainly not encouraging for Mormon candidates, are hardly a political death sentence -- after all, "it is significant that in 1959, the year before John F. Kennedy [was elected], 25 percent of Americans ... said they would not vote for a Catholic."