"Reveille in Washington": The city that shaped the Civil War 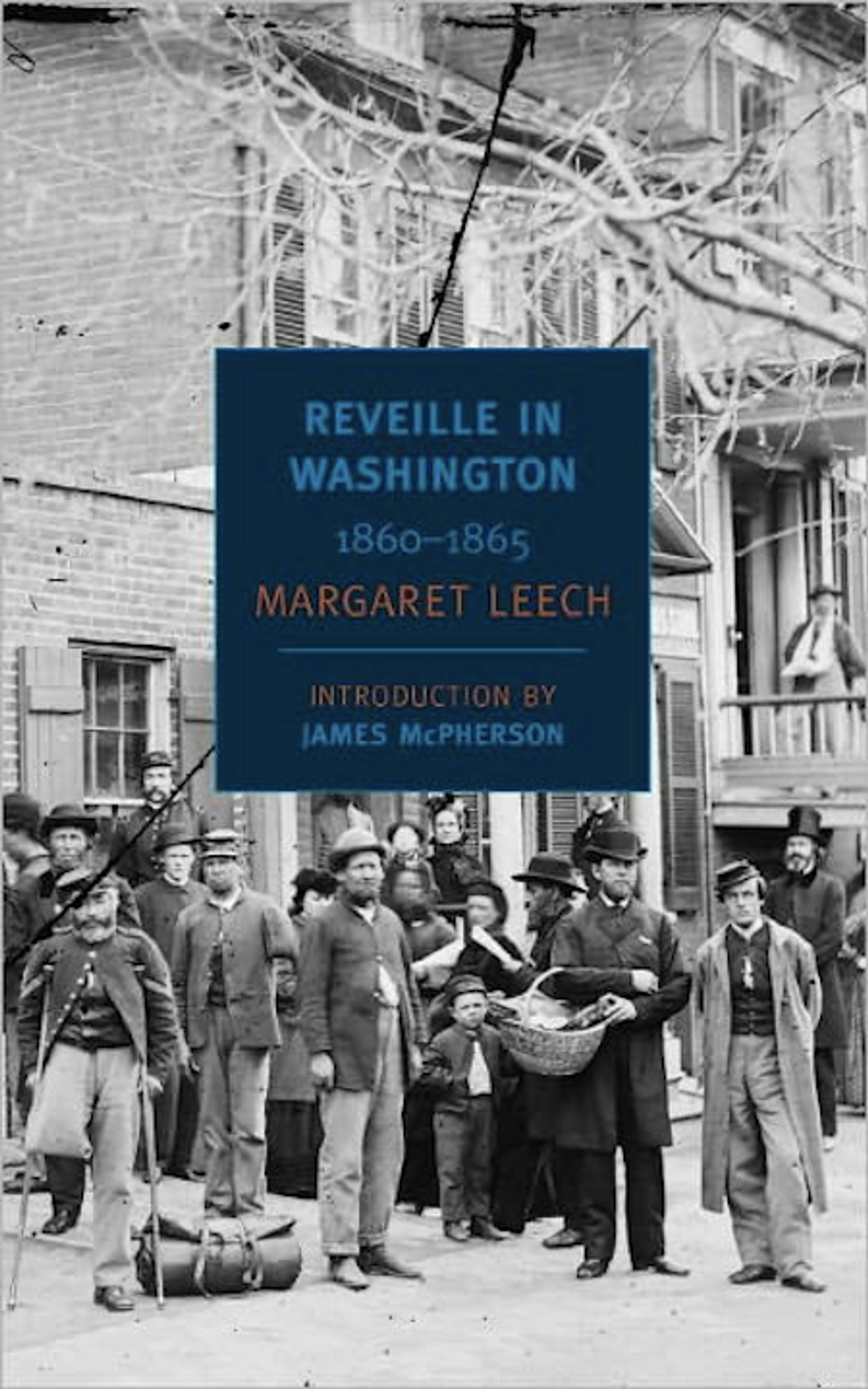 This year, as you know, marks the 150th anniversary of the beginning of the Civil War. Setting aside the brutal, drawn-out war waged against Native Americans, it was the most destructive conflict in American history. Over 625,000 soldiers, Union and Confederate, died through combat, disease, or mischance -- 100,0000 more Americans were killed in the War Between the States than in World Wars I and II combined. This four-year internecine struggle has been examined as history from countless angles, in its every aspect, and with the most diverse intent. And, of course, novels about it are legion: Margaret Mitchell's "Gone With the Wind" is certainly the most famous, but, by my lights, Gore Vidal's "Lincoln" is the greatest.

Now, having just read Margaret Leech's 1941 Pulitzer Prize-winning "Reveille in Washington: 1860-1865," it does not surprise me to learn (from James M. McPherson's fine introduction in a new edition from New York Review Books) that Vidal drew on Leech's brilliant history in writing his splendid novel. In addition to displaying a deep admiration for Lincoln and his complex nature, the two writers share a sardonic sensibility that expresses itself in a dark wit and festive appreciation of character grown rotten with power, of vanity, self-delusion, and folly -- all traits very much in evidence in Washington during the bungle and stall that marked much of the Union's campaign against the Confederacy.

Leech gives us Washington's Civil War, showing both the profound ways the town changed during the course of the conflict and, most crucially, how its ever-precarious state -- internally and externally -- affected the war's conduct. In 1861, Washington was unfinished, filthy, and foul smelling. In its six decades as the nation's capital, only half a dozen official government buildings had been built; and they were separated by vast stretches of mire. The dome of the Capitol was represented by scaffolding, and the vista from that building down Pennsylvania Avenue ended in a red-brick barn. Flocks of geese joined congressmen on the thoroughfares, and hogs congregated on Capitol Hill and in Judiciary Square. "It was a Southern town," Leech writes, "without the picturesqueness, but with the indolence, the disorder and the want of sanitation."

As Lincoln took office, Southern states continued to secede; when war broke out, the sympathy of a great and unknown number of Washington's inhabitants lay with the Confederacy. Rumors of conspiracy abounded, spies were busy as termites, and such unsavory characters as secessionist Baltimore "plug-uglies" roistered into town. The appalling prospect of the Union capital falling into Confederate hands brought military relief from the North, first in the glorious shape of "the kid-glove" 7th Regiment of the New York Militia. On their arrival, Leech observes with characteristic tartness, "the young gentlemen had had several days' experience of the inconvenience of war ... The sandwiches prepared for them under the supervision of Delmonico, had long ago been eaten; and they had had to leave at Annapolis a thousand velvet-covered camp stools." Still: "They had come to save the capital, and were proudly aware of their own pluck and perseverance." In the words of one, "We all feel somewhat as Mr. Ceasar Augustus must have felt when he had crossed the Rubicon."

Leech's description of the high spirits, color, and dash of those early volunteer regiments in all their exotic plumage takes on a hectic sparkle against the bleakness and misery we know is to come. As the wounded and captured began to flow into Washington from bloody and futile encounters with Confederate forces, public buildings not already transformed into barracks became prisons and hospitals. In the Patent Office, "[l]ike some new exhibit of ghastliness, waxy faces lay in rows between the shining glass cabinets, filled with curiosities, foreign presents and models of inventions. The nurses heels clicked on the marble floor, and all over lay the heavy smell of putrefaction and death."

The city became crowded not only with troops, hale and convalescent, but with Confederate deserters, prisoners of war, quacks, prostitutes, gamblers, place seekers, profiteers, souvenir hunters, war correspondents, closet secessionists, abolitionists, fugitive slaves or "contraband," and the laborers who continued throughout the war to work on finishing government buildings and "Armed Freedom," the bronze statue destined for the Capitol dome.

This teeming Washington, described in all its wonderful, eccentric detail, provides the perspective from which Leech examines the overall pursuit of the war, among whose elements were the ineptness, intransigence, and obstructive jealousies of many of the Union generals. There is a good deal of entertaining malice in her descriptions of these men, beginning with the superannuated gourmand General Winfield Scott: "He had always been vain, pompous, exacting, jealous and high-tempered. Now ... his irascibility had dwindled to irritation, and his imperiousness to petulance. His love of flattery had grown ... While taking a footbath, he would call on his military secretary to remark the fairness of his limbs."

Needless to say, Scott's successor, George McClellan, fares no better. We see the "Young Napoleon" dashing about Washington on his horse "in clouds of dust or fountains of mud," idolized by soldiers, by civilians, and, not least, by himself. Alas, as Leech wryly observes, the "enemy was the one blot on McClellan's achievement." He would not engage it.

The book is richly supplied with character sketches of military and political figures, including an appreciative and subtle portrayal of Lincoln and a devastating one of his poor, unhinged wife. And there are also cameos of well-known civilians: Frederick Law Olmsted pursuing the work of the Sanitary Commission; Andrew Carnegie supervising telegraph lines and rail transport; the "portly, graying and quietly dandified" William Howard Russell reporting for the London Times; "shy little spinster" Clara Barton organizing supplies and succoring the wounded -- as, too, were nurse volunteers Walt Whitman and Louisa May Alcott, the latter momentarily taken aback by being told to give a soldier a sponge bath.

This is a character-driven history and a chronicle of a city, but it is, also, a deft review of military strategy and of political maneuvering between and within political parties. It is, too, a fast-paced account of the developing exigencies that resulted in, among other things, the suspension of habeas corpus, the levying of income tax, conscription, and, most momentously, in the emancipation of slaves, first in Washington and then universally. Leech also traces minutely the rackety, hate-laced conspiracy that led ultimately to Lincoln's assassination. The book, which begins in a rather merry, ironical vein, ends in sorrow and regret and with a certain fatalistic mordancy: Outside Washington: "Rich with the wastage of armies, the perennial fields were green. On the Capitol dome, Armed Freedom rested on her sheathed sword."