Profiting off of the 10th anniversary of 9/11 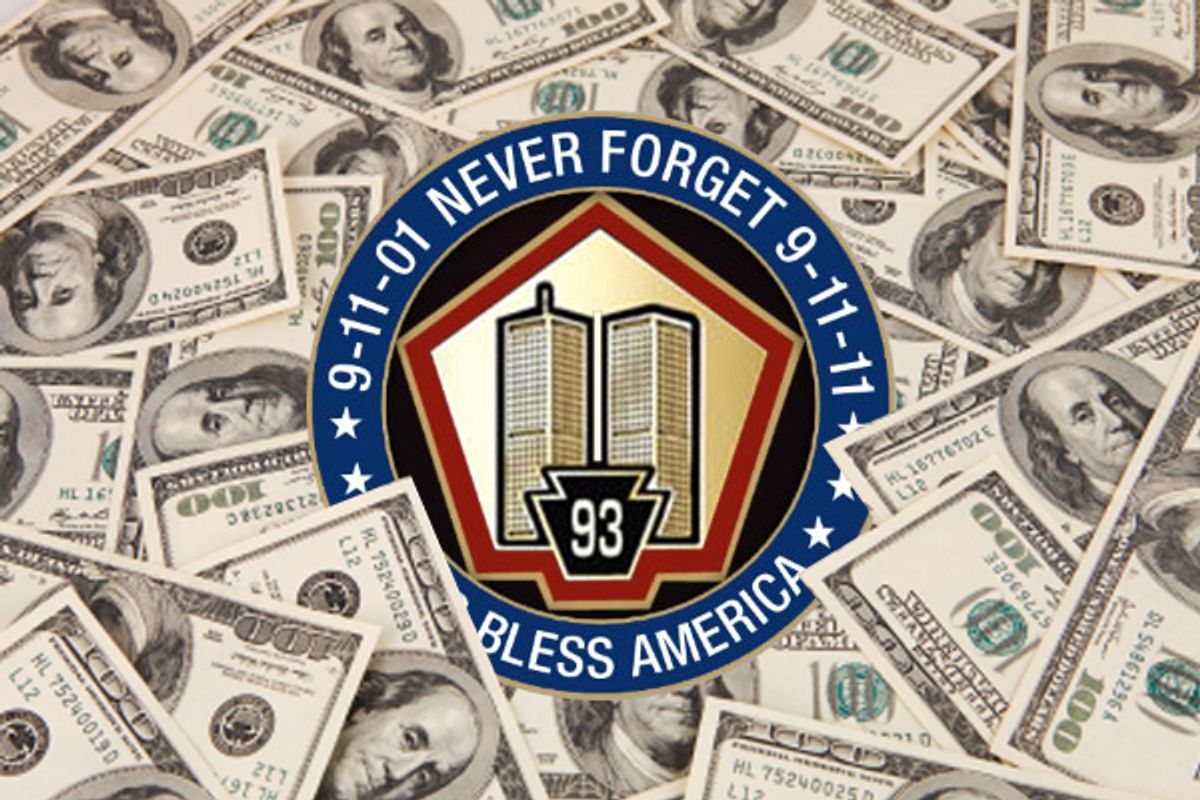 The 9/11 commemorative pin being sold by Grassfire Nation
--

As the 10th anniversary of the terrorist attacks nears, a prominent Tea Party group is promoting a plan to sell commemorative 9/11 pins for $13-a-pop.

The Campaign to Defeat Barack Obama is a political action committee with the same Sacramento-based parent organization as the influential group Tea Party Express. It recently sent out a mass email encouraging supporters to help another conservative group "distribute 1 MILLION 9/11 Commemorative Pins to ensure that Americans never, ever forget those who lost their lives on 9/11 and what this country endured."

According to the pitch from a conservative political firm called Grassfire Nation, "Thousands of patriots are scheduled to receive a 9-11 pin -- far more than we currently have sponsors for. That’s why we are asking patriotic Americans like yourself to step forward and sponsor other patriots to receive their pin!"

And Grassfire Nation is a company -- not a political action committee devoted to promoting conservative causes or candidates. It is a division of an Iowa company, Grassroots Action, which calls itself "the leader in building custom conservative action networks for organizations seeking to expand their impact through the Internet" and in getting "results that reach your bottom line." Grassroots Action lists as current or former clients several big-name conservative organizations including the National Republican Congressional Committee, Media Research Center, and Focus on the Family Action.

The head of Grassfire Nation is Steve Elliott, a Regent University graduate and conservative television commentator. His bio describes him as a "nationally recognized Internet communications specialist and conservative grassroots leader."

It's not clear if the 9/11 pin sale is designed purely to make money, or also to build lists of potential conservative donors for future fundraising campaigns. Neither Grassroots Action nor the Campaign to Defeat Barack Obama responded to request for comment. But look out for a lot more 9/11 anniversary merchandising (and, inevitably, profiteering) in the months to come.

Here's the email that went out from the Campaign to Defeat Barack Obama: UPDATE 6/24/11: Joe Wierzbicki, executive director of Campaign to Defeat Barack Obama, emails: "We did the push for Grassfire Nation's 9/11 pins to help our friends at Patriot Action Network and Grassfire Nation who we've worked with before on various causes. We didn't receive any compensation or kickbacks or revenue sharing for the email -- just did it to be supportive."