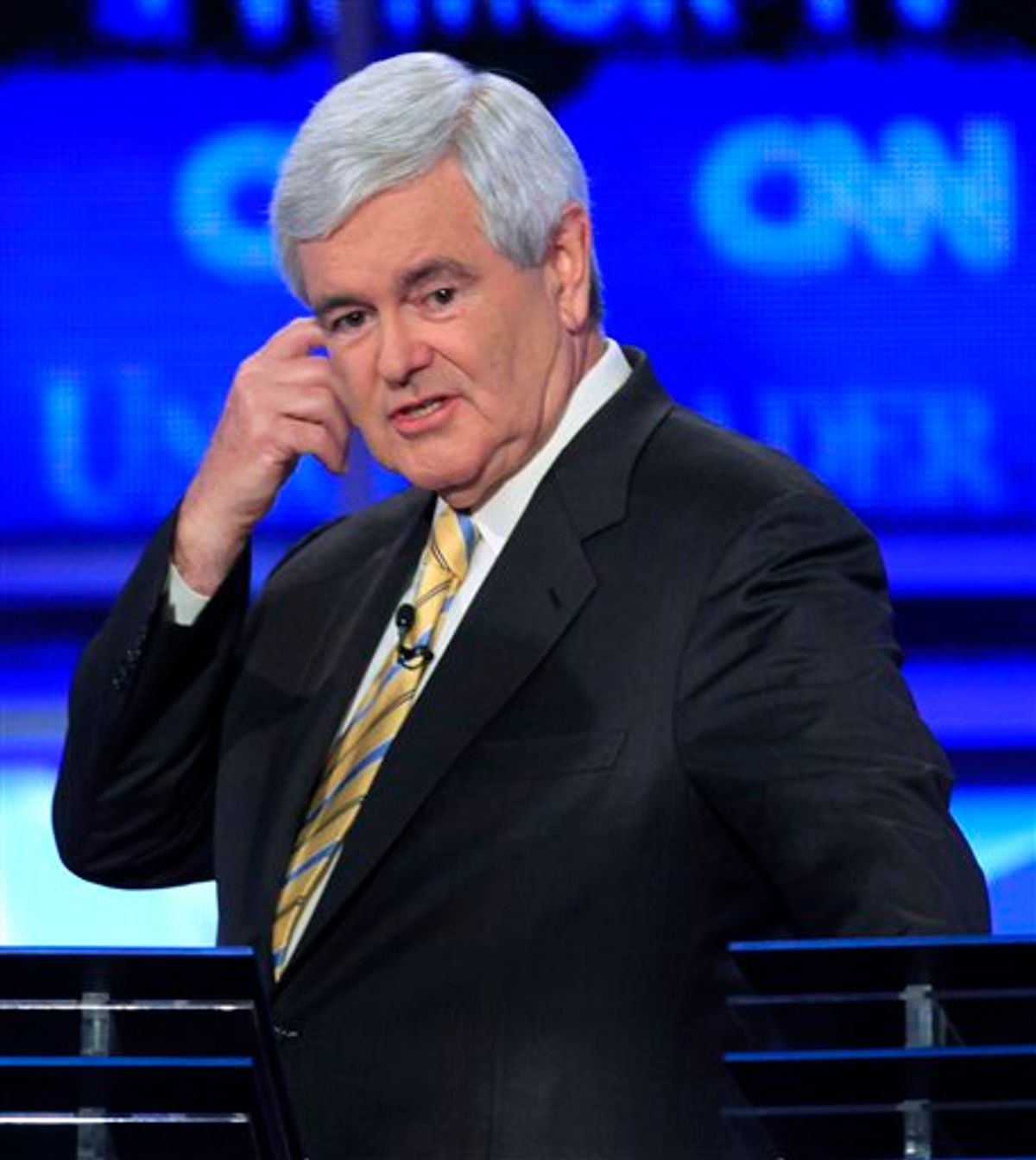 The top fundraisers for Newt Gingrich's presidential campaign have abandoned his struggling bid amid anemic fundraising and heavy spending.

The former House speaker's campaign has been on life support since earlier this month when 16 top aides and advisers resigned en masse over disagreements with the Republican candidate.

People familiar with Gingrich's campaign spending say his fundraising has been weak since he launched his bid and that he has racked up large travel bills. They spoke on condition of anonymity because they were not authorized to talk openly about campaign inner workings.

Gingrich has insisted that he will stay in the race.