US defends participation in Syrian-organized tour

Why did the ambassador go on a government-sponsored tour of Jisr al-Shughour? 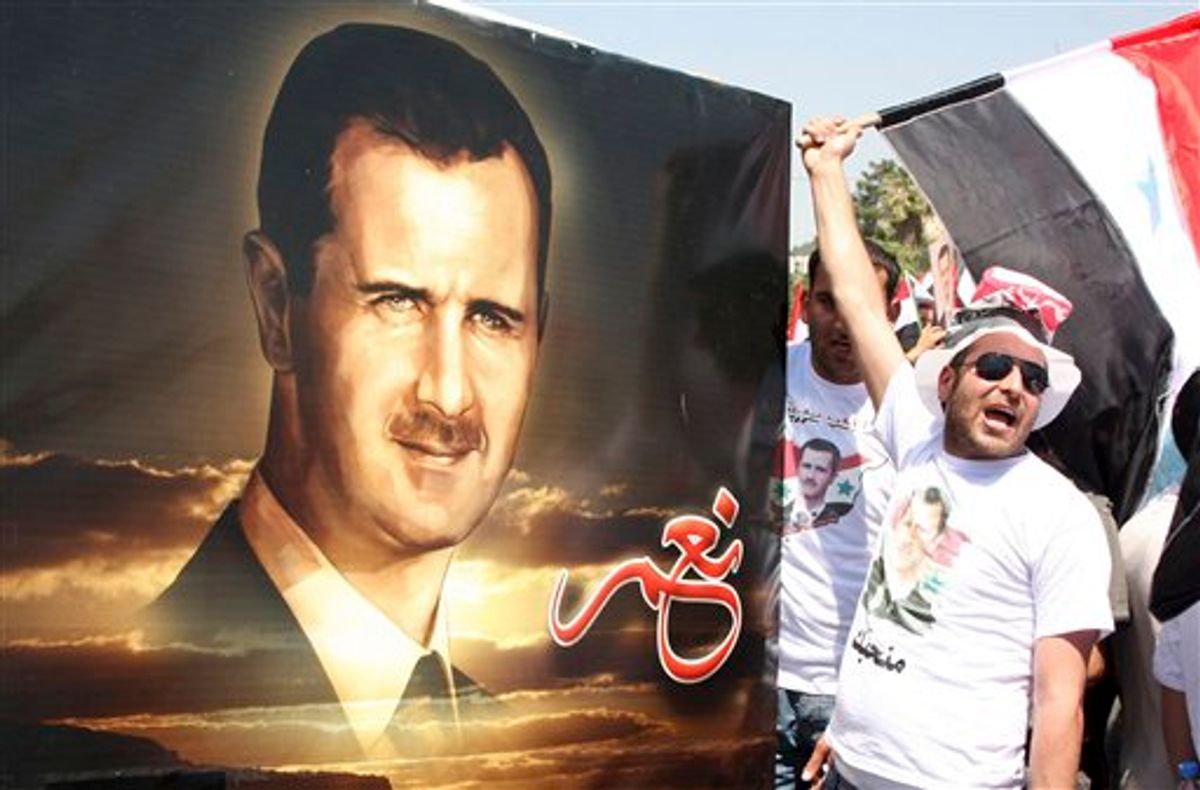 A Syrian shouts pro-Syrian President Bashar Assad slogans, as others carry a picture of Assad with writing in Arabic that reads:" Yes," during a rally in support of Assad, in Damascus, Syria, Tuesday, June 21, 2011. Tens of thousands of people waving flags and pictures of Assad converged on Syria's main squares Tuesday, pledging allegiance to their president in the latest show of government support to counter a three-month uprising against his authoritarian rule. (AP Photo/Bassem Tellawi) (AP)
--

The Obama administration is struggling to explain why its ambassador to Syria participated in a sanitized trip to the country's restive north that President Bashar Assad's regime used to attempt to justify its military crackdown.

State Department spokeswoman Victoria Nuland said Monday's trip to the abandoned town of Jisr al-Shughour allowed Ambassador Robert Ford to "see for himself the results of the Syrian government's brutality."

Yet it was unclear how Ford would have gathered such evidence on the government-sponsored tour.

Nuland said journalists and foreign diplomats saw an "empty town with significant damage." But she said no residents were around to offer an opposing view from the one presented by Syrian government officials.

Nuland insisted it was a "valuable" trip. It was sponsored by Syria's foreign ministry and military.