Iowa, New Hampshire and the Christian right in 2012

If Michele Bachmann or one of the GOP's other far-right aspirants is going to break out, where will it happen? 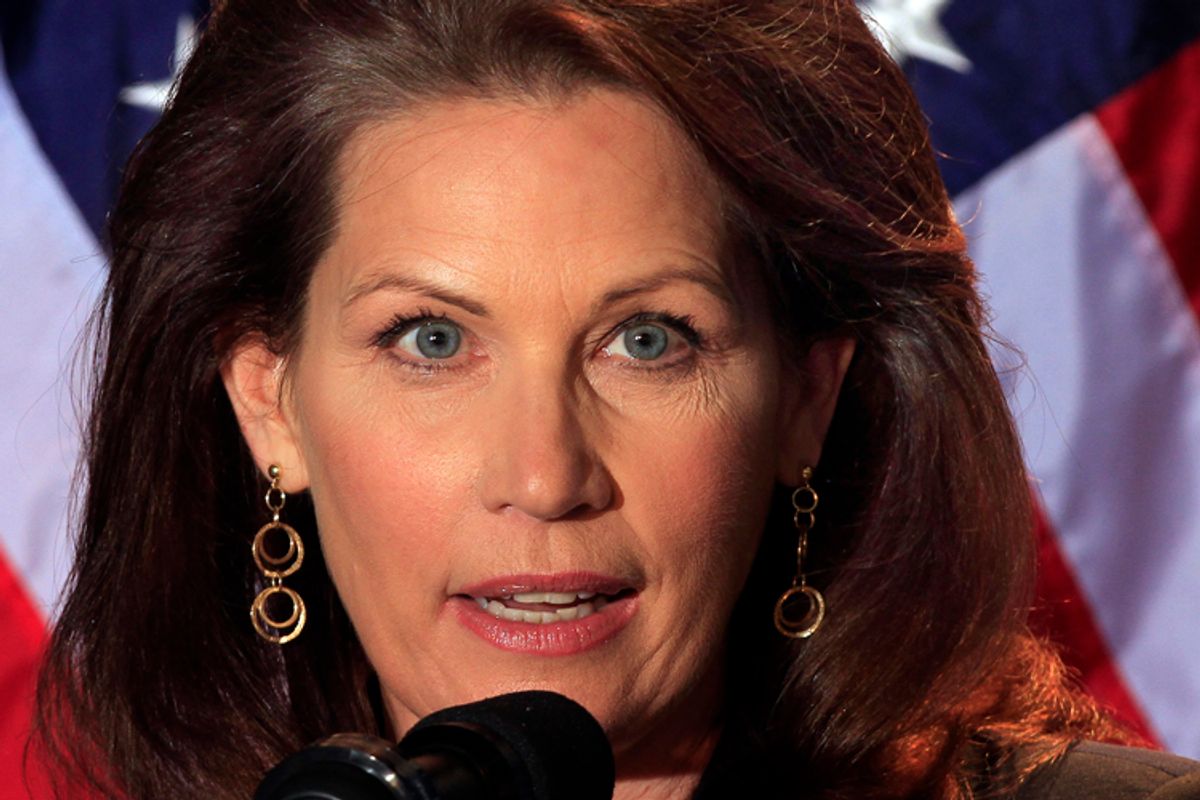 Of the two lead-off contests in the Republican nominating process, Iowa is typically considered a better bet than New Hampshire for the less mainstream, more ideologically conservative candidates in the field. It's a caucus state, meaning that turnout is lower and that hyper-engaged activists and voters are overrepresented, and one in which religious conservatives have had particular success organizing at the grass-roots level for the past several decades.

Thus, the the thinking goes, if Michele Bachmann or Herman Cain or Rick Santorum or any of the other ideologues in the race end up breaking out of the pack and getting 15 minutes of fame early next year, it will be by faring surprisingly well in Iowa. But NBC's First Read suggests we might be getting this all wrong:

But here's a little anti-CW: It's possible that a moderate (say Romney) has a mathematical chance to win Iowa because either 1) the social conservative vote gets split, or 2) the moderate attracts new caucus-goers like Obama did in '08. As pollster Ann Selzer recently wrote, “Iowa is a problem for moderate Republicans only if they believe the 2012 caucus will fit the mold of 2008.”

There are a couple of problems with this, though. One is that the threat of the social conservative vote getting split in Iowa is probably overstated. Sure, right now it looks like social conservatives have plenty of candidates to choose from, but chances are that one will emerge by the end of this year as the clear choice of the Christian right. At this point in the '08 cycle, after all, it looked like Mike Huckabee and Sam Brownback would each fatally wound the  other in Iowa. What happened? Huckabee made a better early impression on activists, scored an impressive second place showing at the Ames straw poll, forced Brownback out of the race, and then went on to win Iowa by 9 points.

The potential for a social conservative to win New Hampshire is also overstated, although we need to be careful with terminology here. If we define "social conservative" as a Republican who opposes legal abortion and further advances in gay rights, then almost certainly one will win New Hampshire next year. This basically describes every candidate. But if we're talking about candidates who align themselves primarily with the Christian right it's a different story.

As I've written before, New Hampshire's Republican electorate can be very conservative, but it's a decidedly libertarian strain of conservatism -- fiercely anti-tax and anti-government, but also suspicious of those who try to bring religion into politics. It's why Pat Robertson in 1988 and Huckabee in '08 both failed to roll their Iowa successes into the Granite State. Yes, Buchanan won in '96, but he was not primarily a candidate of the Christian right. Antiabortion and anti-gay? Yes, of course. But his primary message was "America first" economic nationalism and international isolationism -- something that did (and does) resonate with a not insignificant chunk of the New Hampshire electorate. The 29 percent that Buchanan got in '96 was much higher than the 16 percent Huckabee managed in '08 and the 9 percent that Robertson snagged in '88. In other words, we're talking about a fundamentally different type of appeal.

So no, the conventional wisdom isn't wrong. If Michele Bachmann is going to break out, it will be in Iowa, not New Hampshire.