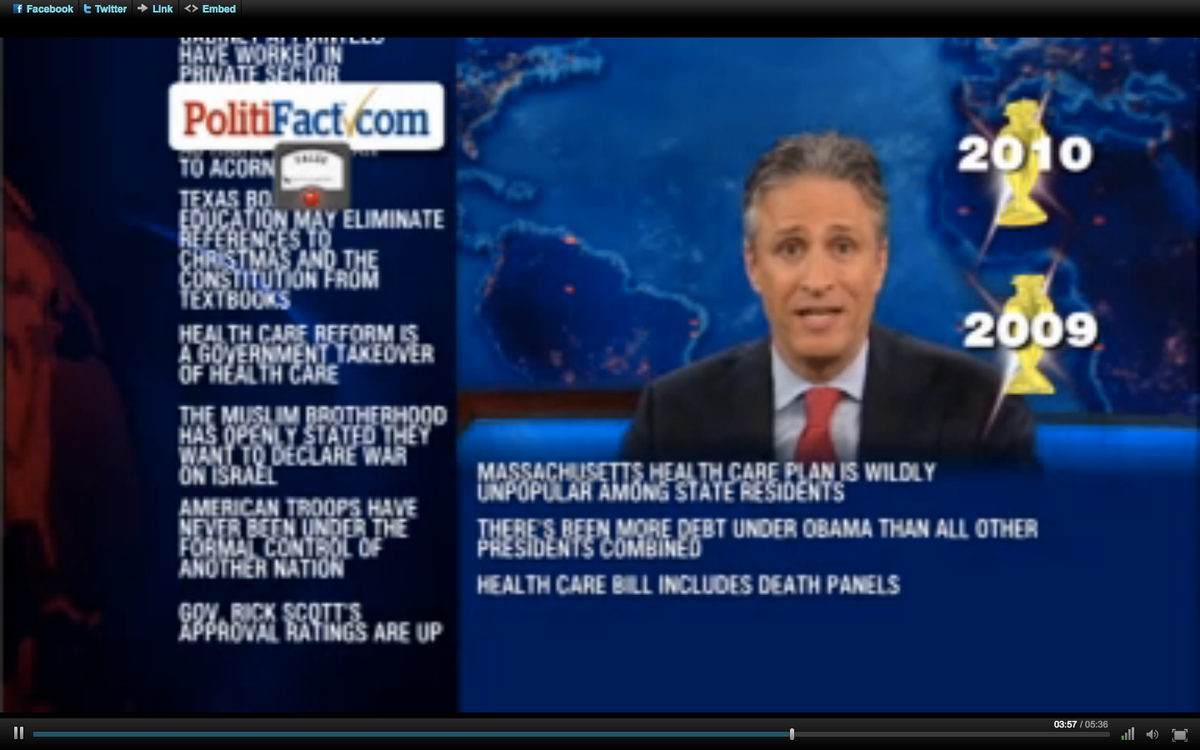 During a provocative interview with Fox News's Chris Wallace on Sunday, Jon Stewart claimed repeatedly that Fox has "the most consistently misinformed media viewers."

"As it turns out, I was misinformed," Stewart admitted to his own viewers last night on "The Daily Show," addressing a PolitiFact report that had used polling data to rate his claim "false."

"Ultimately, PolitiFact declared my statement false," Stewart said. "I defer to their judgment, and I apologize for my mistake; to not do so would be irresponsible." He added: "If I were to continue to make such mistakes and misstatements and not correct them -- especially if each and every one of those misstatements happened to go in one very particular direction on the political spectrum -- well, that would undermine the very integrity and credibility that I work so hard to pretend to care about."

This was Stewart's cue to embark on a tour of PolitiFact's coverage of Fox News itself over the past several years, and the comedian went on to point out more apparent Fox errors than seemed to fit comfortably onto one television screen. (Some of the Fox misstatements he highlighted were "Health care bill includes death panels" and "Health care reform is a government takeover of health care" -- Politifact's "Lies of the Year" for 2009 and 2010, respectively.)

Stewart's conclusion: "[Fox News is] like the New England Patriots of lying -- without the 'patriots' part, because I think we all know patriots cannot tell a lie."