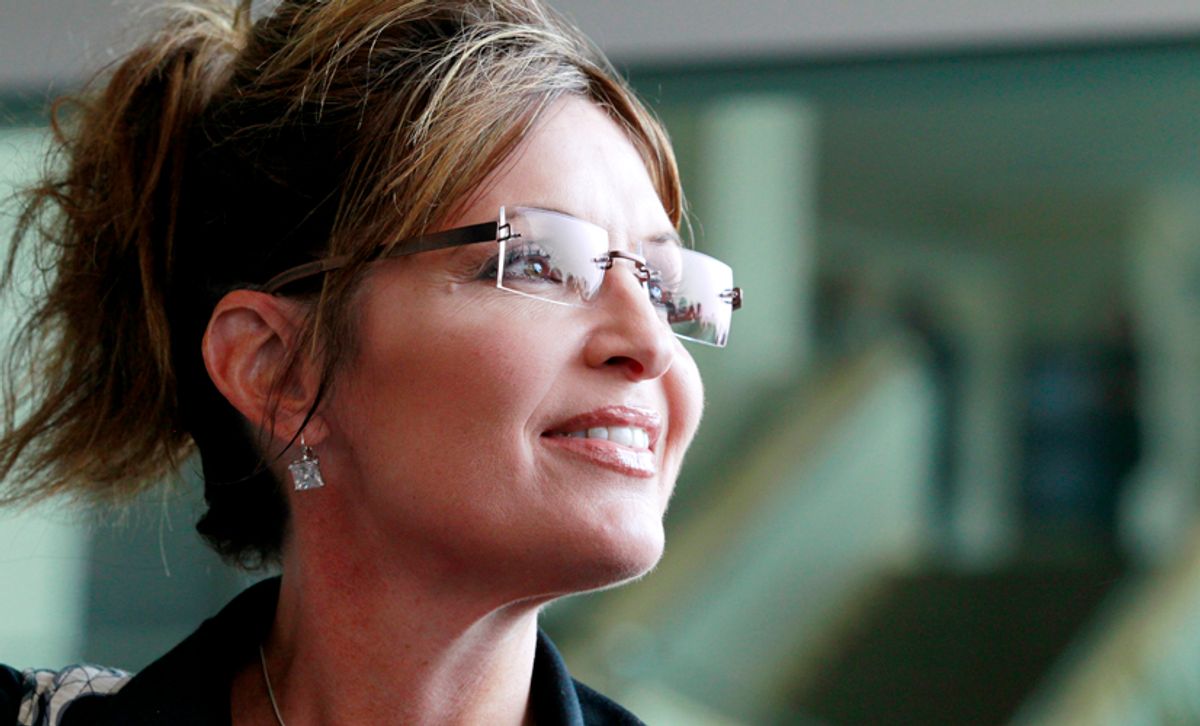 Sarah Palin quit her cross-country bus tour (or PAC-funded family vacation) about one region into the country. Everyone is so used to her quitting things that no one really noticed. Life went on. Jon Huntsman ran for president. Rick Perry preemptively denied gay rumors.

But Scott Conroy at RealClearPolitics wondered what happened to the tour that was supposed to be heading through the Midwest and Southwest at some point in this rapidly ending month. It seems like Sarah Palin just went home to Alaska, to eat salmon or something.

As Palin enjoys her sojourn to the 49th state, she has not reconnected with key early-state figures like Iowa Gov. Terry Branstad and South Carolina Gov. Nikki Haley, and she may have jeopardized whatever political momentum she gained from her recent reemergence in the 2012 discussion. Her political action committee's website still greets visitors with a stale banner, announcing the nationwide bus tour beginning "[t]his Sunday, May 29th."

Just give it another month, and she'll come up with some other scheme to briefly convince everyone that she's running for president again. She feeds on the attention! (And the PAC donations.) That documentary about how she used to not be so awful before she got famous is going to show in Iowa soon. That'll definitely mean something.

Her Internet fans are a bit frustrated, though! I read some comments at Conservatives4Palin, where the regulars are split between growing anger and stubborn self-delusion.

PEC111 seems to be grasping that he or she's been had:

To me the big deal in Scott Conroy's article is the bus tour. I figure it would have already started by now. With the fishing season getting started and with her trip to the Sudan, it appears to almost have been cancelled. At least if it was going to be in June. Of course she is known for the unpredictable but there is no way this tour is going West Coast, MidWest and South Carolina all this month. I for the first time am having true concerns that she has decided not to run. Don't blast me too hard.

That said maybe she wanted the tour to better coincide with the movie release.

TheTotalConservative is frustrated with rumors that Palin will endorse Rick Perry and sit 2012 out:

I hate even seeing these rumors. If she skips 2012 and endorses Perry it will be tragic and a let down to everyone that is rooting for her. Dick Perry is Not Good Enough.

I agree. No Dick Perry.

RuthieAbramson is tragic: "But if she's not running, she would have said so long ago, right? She certainly wouldn't let us all hang on and on like this."

Yes she would, Ruthie. Yes, she would.