The problem with shock warnings 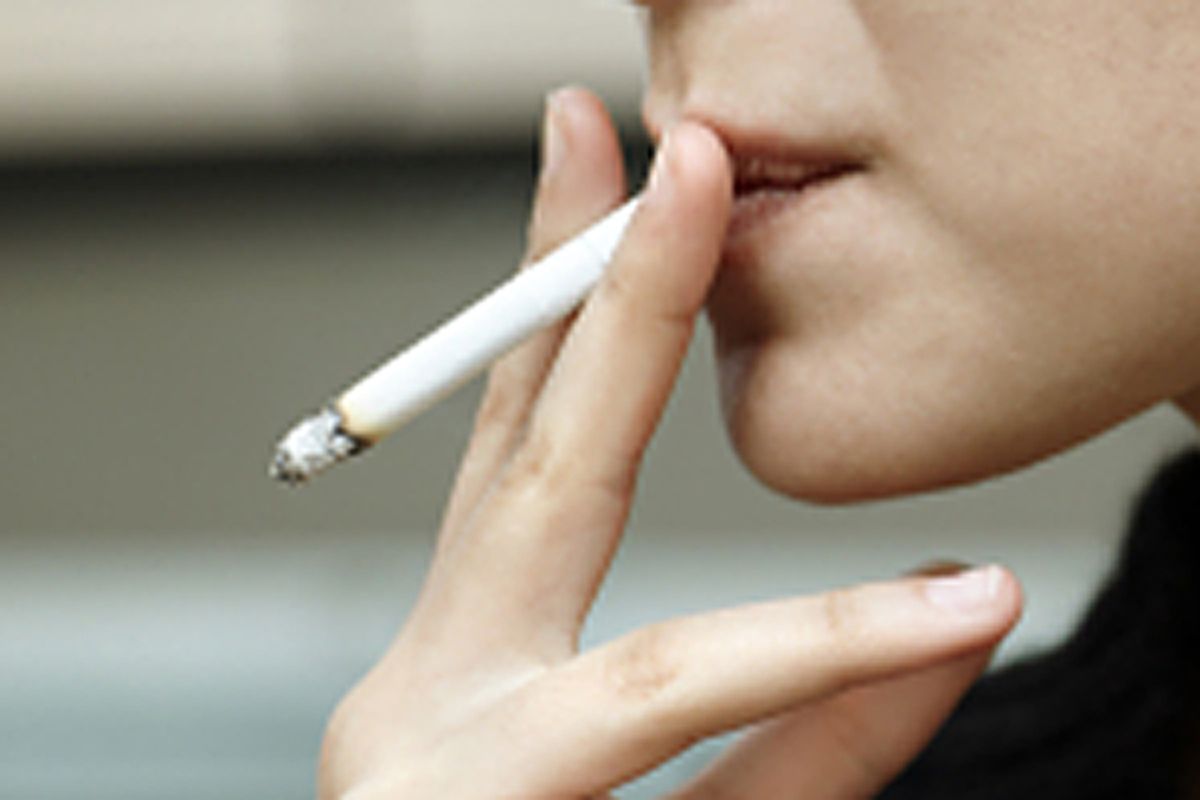 Just the other day, I happened to spot a friend's cigarette case lying out and I covertly but impulsively wrote "STOP. Love, Tracy" on a pink Post-it and placed it inside. When he discovered it the next morning, I got a text: "Holy heartbreaking note Batman" -- he knows my mom, a former smoker, is dying of lung cancer. Is this an effective way of getting someone to quit? Probably not -- but so goes the fight against tobacco addiction.

Tuesday, the Food and Drug Administration released the gruesome images that will appear on all packs of cigarettes come 2012. My initial reaction was emotional: The shot of what appears to be a dead man post-autopsy, made my insides churn. Irrationally, I was furious with the FDA for what felt like a personal invasion and assault. It's hard enough dealing with the reality of a loved one dying from lung cancer -- now I have to see photos of autopsied smokers every fucking time I go to the corner store? Then came more rational consideration: OK, yes, the visual onslaught is infinitely less painful than the reality of what cigarettes can do to a person's body and life -- so it's worth it, assuming the tactic works.

But just how effective will it be? I'm skeptical. Part of my skepticism comes from the limited evidence that's available: A World Health Organization survey in countries requiring graphic warnings on cigarette packs found that roughly 25 percent of smokers said the images made them "think about quitting." A quarter of smokers -- that's something! But note that they only considered it. We don't know how many thought about it, decided to quit and then actually did; and that's not to mention the actual duration of their abstinence from tobacco. There is plenty of proof that these warning labels increase awareness of smoking-related illnesses and encourage addicts to think about quitting. That is great, that is worthwhile, but the reality of quitting is an entirely different thing.

This is where the personal, emotional part of my skepticism comes in. That's because I've become increasingly cynical -- admittedly to a degree that is sometimes beyond fact and reason -- about the impact of "the truth" about cigarettes. I've fantasized about sitting all of my smoker friends down in front of my mom's CT-scan and showing them her fluid-filled lungs, acquainting them with the tumor wrapped around her esophagus -- but I doubt it would make them quit. They already know. My best childhood friend fully and intimately understands the reality of my mom's illness, she knows how devastating it is, but she still smokes. She's considered quitting and has tried many times, but she's always gone back to it; it's an addiction, plain and simple.

I asked the recipient of my passive-aggressive Post-it note what he thought of the FDA move. "Throwing a cancerous lung on a pack really isn't going to scare me," he said. "Everybody knows it's dangerous and yet we still smoke. The human mind is amazingly capable of believing, 'This can't happen to me.'" Recently, after meeting up for a drink, we parted ways and I said, "Byeee, stop smoking!" in such a childish way it reminded me of how I took a packet of my mom's cigarettes as a kid and impudently threw it away. In kindergarten, I asked her to stop smoking, and she did. The alarming anti-smoking PSAs of the time, which were likely responsible for my early awareness, were not enough to get her to stop; in the end, it took her 5-year-old daughter saying, "Mommy, I don't want you to die." It's possible that gave her a few more years of life -- a potential difference that is more important than I can possibly hope to express.

Just as addiction is different for everyone, it takes different things to break through to different people. For some it will be a cadaver on a cigarette pack; for others, it will be more intimate -- their daughter seeing a scary PSA and pleading, "Mommy, please don't smoke." That's why, despite feeling cynical about the grip of tobacco addiction, and skeptical about the effectiveness of the FDA initiative, I can only say, "Bring on the scare tactics" -- and, of course, I'll continue with my dubious personal approach. Consider this one big public Post-it note reading, "STOP. Love, Tracy."