Trump will pocket $65 million a year with new contract

Who says a fake presidential campaign isn't good for the bottom line? 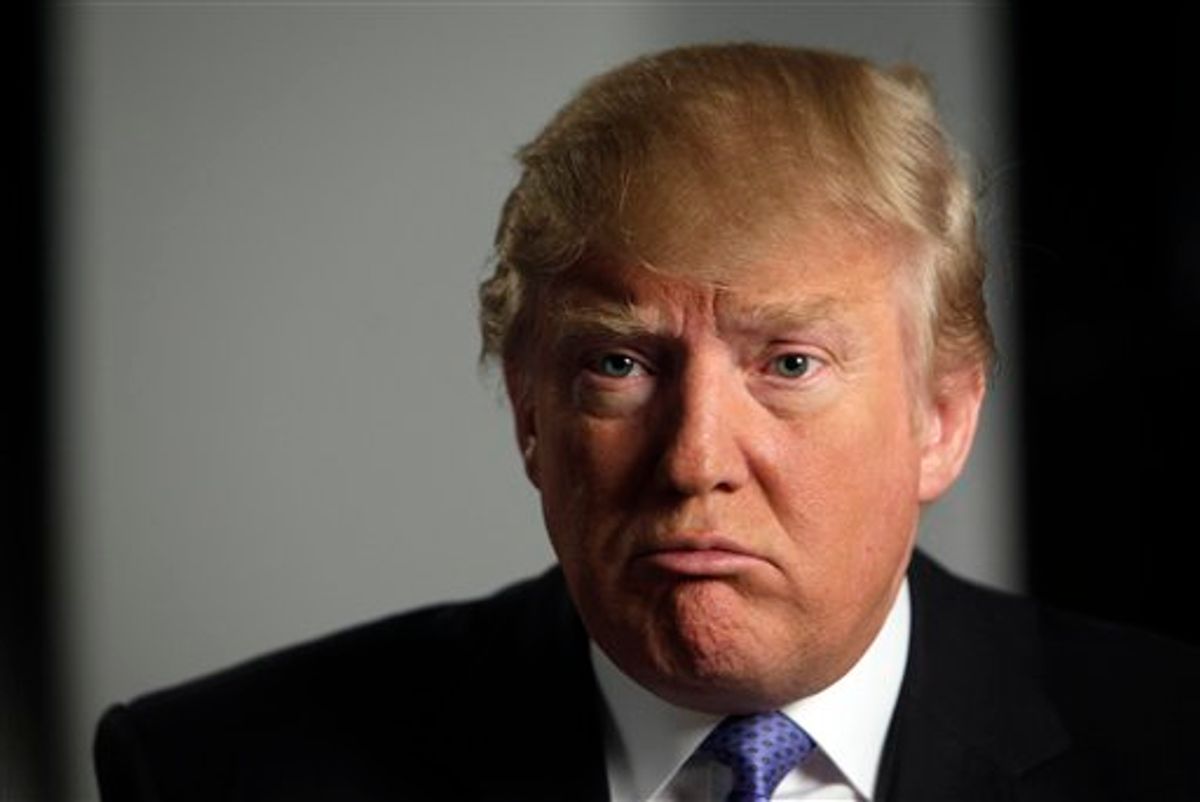 It seems Donald Trump's much-hyped flirtations with a presidential bid (birtherism and all) has only made him more valuable in the eyes of NBC Universal executives.

The New York Post reports that NBC has offered Trump and his "Apprentice" co-producer, Mark Burnett, an unprecedented $160 million contract for two more years of "The Celebrity Apprentice."

A source tells the Post that Trump will "personally pocket $65 million a year" from the lucrative deal; the paper adds that the contract will make Trump "the highest-paid reality-TV star, eclipsing the 'American Idol' judges and the Kardashian clan."

Under the new arrangement, Trump will earn more than 150 times the presidential salary of $400,000. Apparently, he wasn't kidding when he told ABC News in May that he wasn't "ready to leave the private sector"!