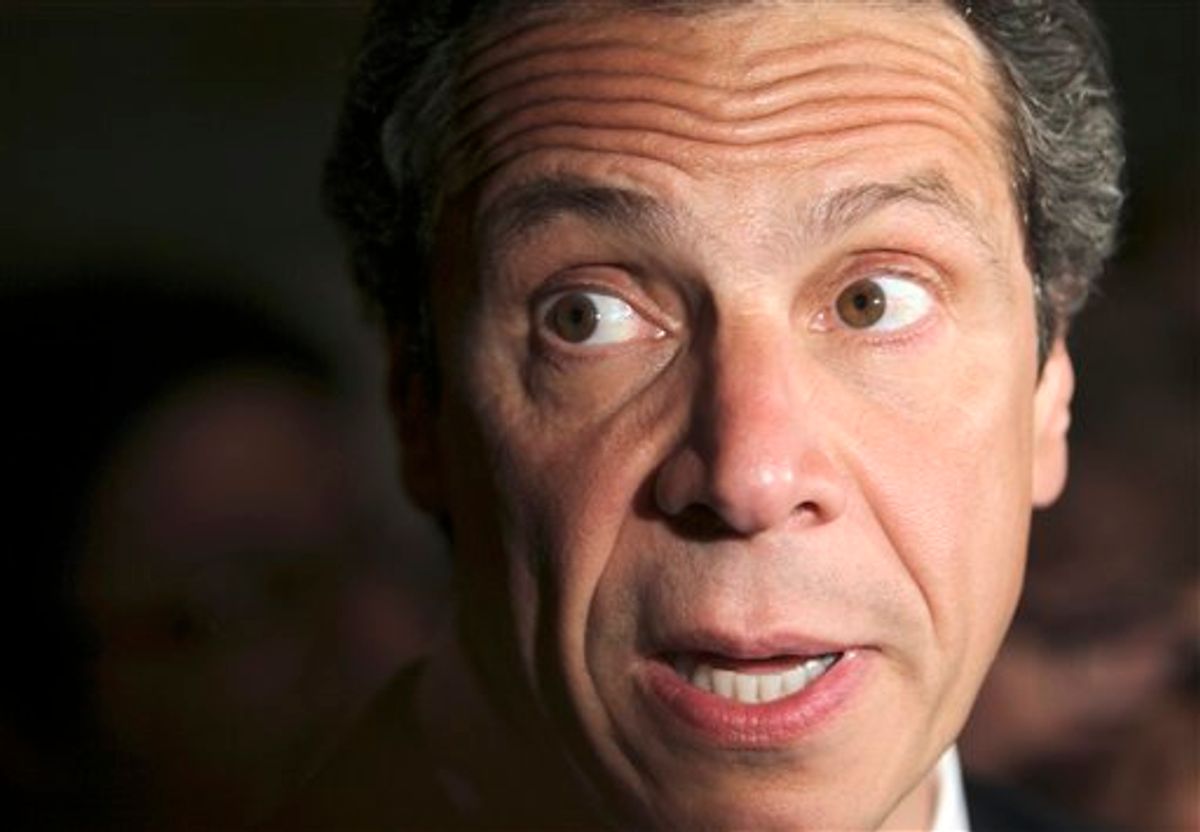 New York Gov. Andrew Cuomo speaks during a news conference in the Hall of Governors at the Capitol in Albany, N.Y., on Tuesday, June 21, 2011. (AP Photo/Mike Groll) (AP)
--

State legislative leaders said Wednesday afternoon there are no major obstacles to a vote on whether to legalize gay marriage.

Democrats and Republicans emerged from meetings with Democratic Gov. Andrew Cuomo and said there is progress toward proposed additional religious protections that could bring a gay marriage bill to the Senate floor for a vote as early as Wednesday night. No deal had been struck as of Wednesday afternoon.

More protection for religious organizations such as adoption agencies and marriage counselors is sought by undecided Republican senators who are key to the vote.

Currently, the Senate appears to be one vote shy of making New York the sixth state where gay marriage is legal. It's viewed as a critical moment in the national gay rights movement.

Republican senators went into a closed-door caucus Wednesday morning, but the gay marriage bill wasn't on the immediate agenda as they took up other major issues including a property tax cap, New York City rent control and public college tuition increases.

Outside the Senate conference, members of several congregations sang hymns including "Amazing Grace" alternating with "God Bless America" in peaceful demonstrations by those for and against same-sex marriage.

The Democrat-led Assembly has already passed Cuomo's bill. The issue appears to be one vote shy from approval in the Senate, if the Republican caucus, which mostly opposes gay marriage, allows the measure to the floor for a vote.

If it passes the Senate, the Assembly is ready to adopt any additional religious protections.

Vermont, New Hampshire, Connecticut, Massachusetts, Iowa and the District of Columbia allow gay marriage. Of them, all but Massachusetts and Washington, D.C., allow at least limited religious exemptions.