An Afghanistan peace dividend in our time?

President Obama announces the withdrawal of 33,000 troops. Can we focus on the domestic economy now? 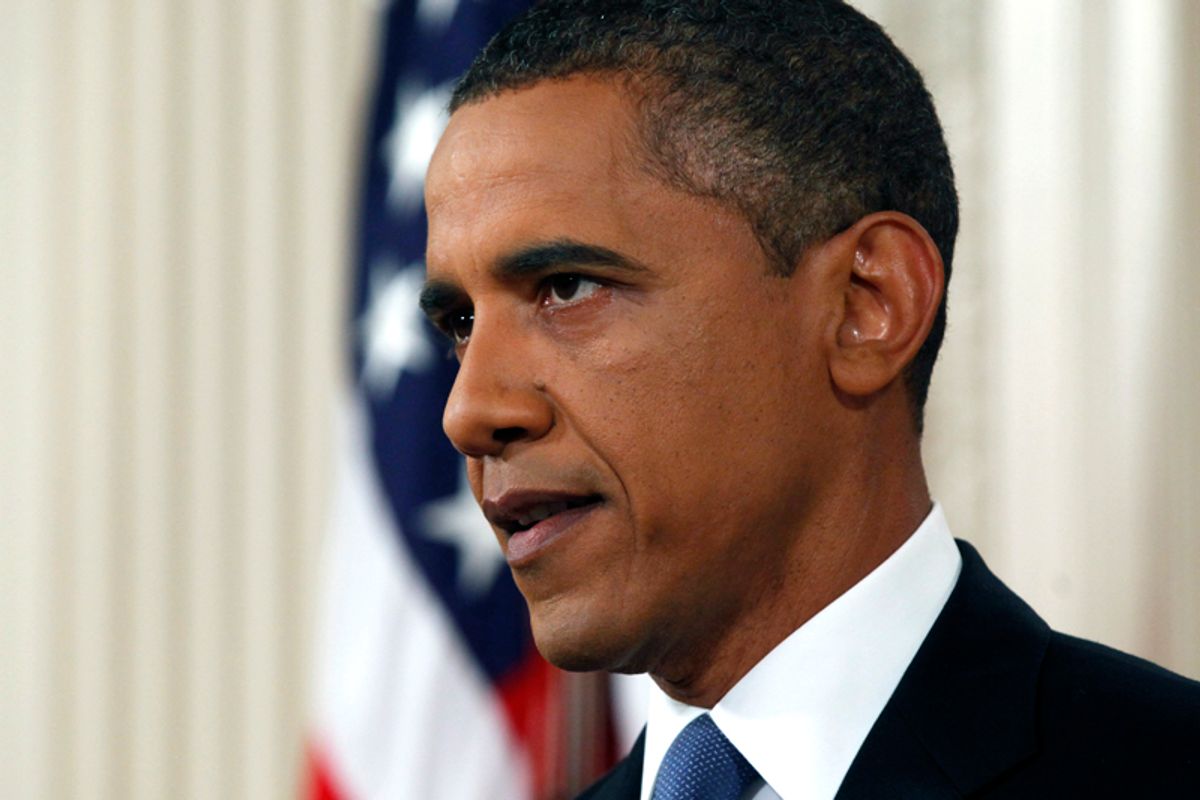 In his speech to the nation Wednesday night President Barack Obama announced he has ordered the withdrawal of 33,000 military personnel from Afghanistan by the end of the summer of 2012.

"Tonight, we take comfort in knowing that the tide of war is receding," said the president. "These long wars will come to a responsible end."

That final end is still at least as far away as 2014. But any hint that the United States may finally be bringing a close to its military involvement in Afghanistan is to be applauded, and not just because of the prospect that fewer lives will be lost. There are also the cold hard economic facts. The United States cannot afford this war. At a time of 9 percent unemployment in the U.S. and with the pressure of a $1.5 trillion annual budget deficit hanging over every domestic budgetary decision, spending $2 billion a week to prosecute the war in Afghanistan is sheer fiscal madness.

At the close of his speech, President Obama made a glancing reference to the necessity to focus on "nation-building at home." That nation-building would clearly be easier if the huge sums of money poured into Afghanistan and Iraq were spent in the United States. Indeed, one doesn't have to search very hard to find longing invocations of a "peace dividend" -- the notion that an end to war in Afghanistan and Iraq (and Libya and Yemen) could result in a reallocation of funds from military conflict to pressing domestic priorities, such as ailing state and local government budgets, job creation, healthcare and infrastructural development. The peace dividend after the end of the Cold War allowed Presidents George H.W. Bush and Bill Clinton to significantly cut the size of the United States military and eased the path to the balanced budgets of the late 1990s. Just imagine all the good things Obama could do with the $118 billion budgeted for Afghanistan in 2011?

But let's not get ahead of ourselves. While the announced withdrawal may be deeper and faster than Obama's military high command would prefer, an estimate by the Center for New American Security pegged the removal of 15,000 troops from Afghanistan as saving about $7 billion over the course of one year. Thirty-three thousand troops by next summer adds up to around $15 billion -- or about 1 percent of the U.S.'s $1.5 trillion deficit. This peace dividend isn't going to result in a budget surplus any time soon. And there's certainly absolutely no guarantee that money saved in Afghanistan will be directly applied to any domestic priorities. The House Republicans who control congressional purse strings aren't likely to agree to diverting the money authorized, but not spent, in supplemental war funding bills to pay for nutritional supplements to women and children, for example. The most likely outcome is that any savings from a drawdown on the war effort are applied directly to the budget deficit.

That's not necessarily a bad thing in the context of ongoing budget struggles in which huge cuts in entitlement spending are on the table. But it's also not necessarily meaningful. As the Center on Budget and Policy Priorities has demonstrated, the Bush tax cuts are a considerably bigger driver of current budget deficits than the wars in Afghanistan and Iraq. According to the Congressional Research Service, since 2001 the United States has spent $1.2 trillion on the wars in Iraq and Afghanistan -- a number that doesn't even add up to a single year's deficit today.

The hole dug by tax cuts and the recession and rising healthcare costs is too deep for us to expect any rescue from peace dividend manna from heaven. We're not going to hire more teachers or build more roads or be able to offer extended unemployment benefits with the dollars not spent chasing after the Taliban. Without significant revenue increases the best we might be able to hope for is that, in the long run, Democrats and Republicans take advantage of the extra leverage to hammer out agreements that require less damaging cuts in Medicare and Medicaid, and in the short run, fend off budget cuts that could further hamper any economic recovery. It's not much of a peace dividend, but at this point, Americans will take anything they can get.