Does Jon Stewart make fun of the pizza mogul candidate because ... he's black? 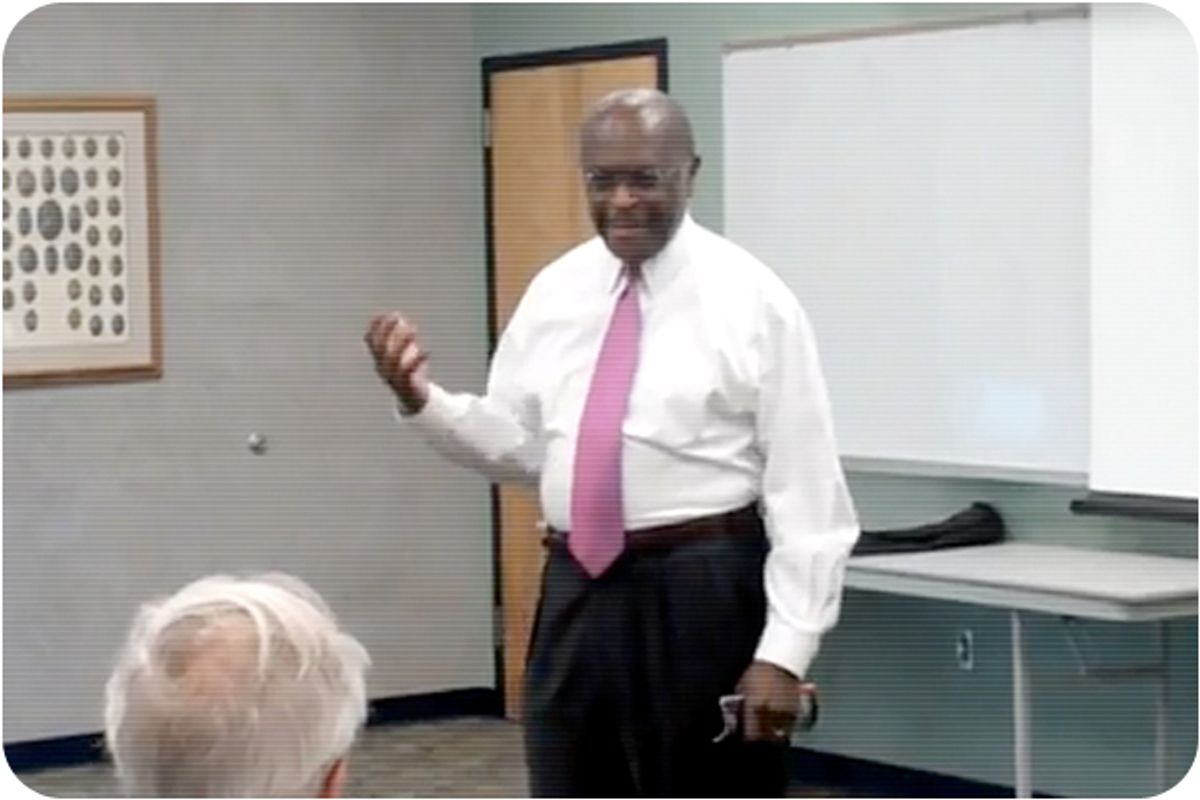 Herman Cain, pizza magnate, Tea Partyer, and black Republican presidential candidate, wants you to know that he was just "exaggerating" when he said he'd veto all bills longer than three pages and guard the border with alligators. But Jon Stewart made fun of him for saying those things, and so Jon Stewart is racist. Yep: Herman Cain's "playing the race card!" So soon after he promised to take it off the table.

Cain said Stewart "mocked me with a, you know, Amos and Andy type brogue." (Stewart did a not-great impression of Cain's public speaking voice, akin to his not-great Bush and McCain impressions.) And Cain went on to compare Stewart to people who've used racial epithets against Cain and said Stewart (and presumably others mocking Cain's statement) were motivated to do so by his race:

Sticks and stone may break my bones, words are not going to hurt me. I was on that radio show because a happen to be an American black conservative. I labeled my self. I’m an American Black Conservative, an A-B-C. They keep trying to put labels on me. I have been called "Uncle Tom," "sell out," "Oreo," "shameless." So the fact that [Stewart] wants to mock me because I happen to be a black conservative, in the words of my Grandfather, "I does not care. I does not care."

Herman Cain has no doubt been called horrible things by supposed liberals. But the biggest reason why he is ridiculed by people like Jon Stewart is that he is ridiculous. Even if it's not literal, the "no long bills" thing is stupid!

Of course, Herman Cain has also explicitly promised that his candidacy would "take race off the table." Conservatives believe that liberals regularly deploy phony accusations of racism as a political tactic (a horrible political tactic, because it's clearly driven white men to the GOP, but whatever). They've taken to acting as if accusations of racism (or, more accurately, the highlighting of right-wing appeals to race-based anxieties and resentments) are slanderous and always uncalled for. So why is Herman Cain now acting exactly like Obama, and accusing all of his critics of racism? For shame, Herman Cain. How else are you exactly like Obama? How many czars will you appoint??