When the GOP doubled down on crazy

The end of the Bush presidency could have prompted some serious self-examination on the right. But it didn't 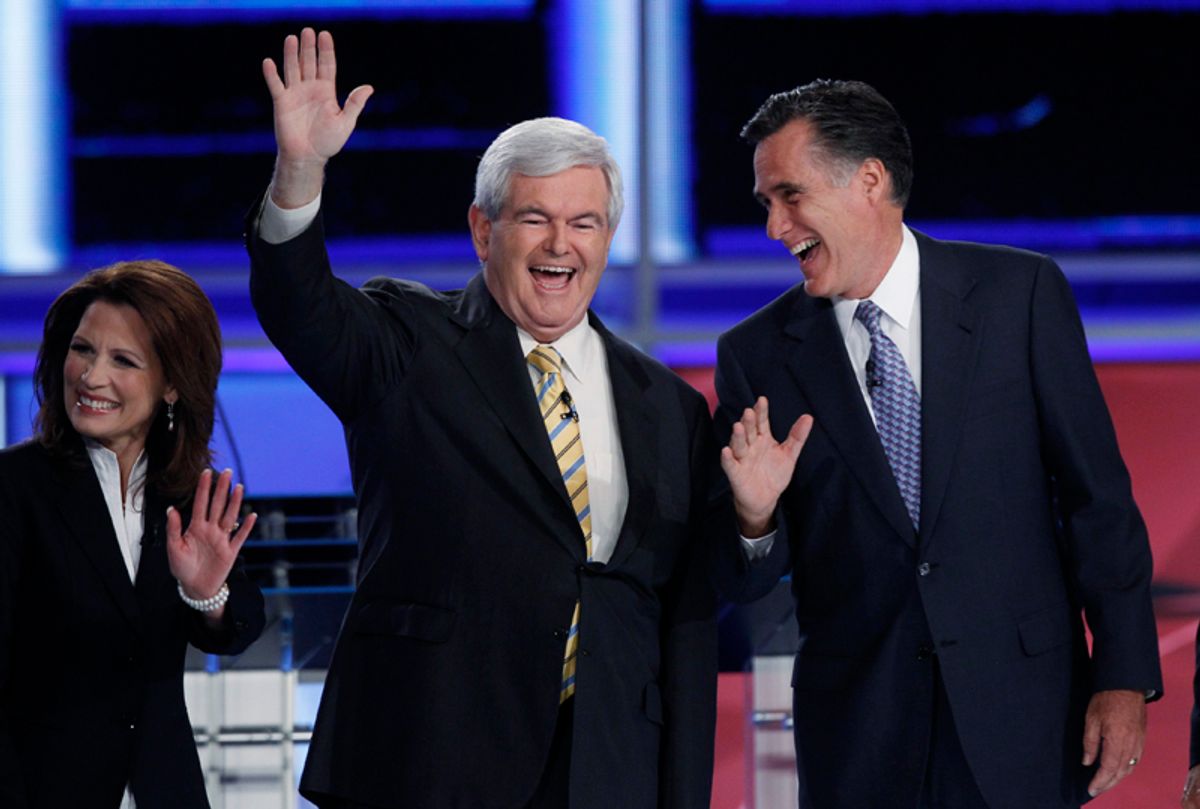 Have you ever sensed that conservative talk radio hosts are reading from a script written by somebody else? Well, you're right. According to a well-documented report in Politico, such fearless, independent thinkers as Sean Hannity and Rush Limbaugh are taking millions in payola to promote the policy ideas of the Heritage Foundation without necessarily letting listeners in on the secret.

OK, scratch "payola" -- make that "sponsorship fees." Payola's what you call it when disk jockeys take cash under the table to play certain songs. It's illegal only when that income goes unreported to the IRS.

Nobody's saying Hannity and Limbaugh are doing that.

But what they are doing is weaving praise for Heritage Foundation pronouncements seamlessly into their programs without letting on that they're being paid a small fortune to do so: $2 million a year in Limbaugh's case; $1.3 million in Hannity's.

"The point that people don't realize," said Michael Harrison of media trade publication Talkers Magazine, "is that [big-time political talk show hosts] are radio personalities -- they are in the same business that people like Casey Kasem are in -- and what they do is no different than people who broadcast from used car lots or restaurants or who endorse the local roofer or gardener."

The Heritage Foundation, in turn, is one of those Scrooge McDuck-style "think tanks" largely funded by right-wing billionaires like the late Joseph Coors and the Koch brothers. Its "resident scholars" churn out one half-baked study after another proving that economic prosperity depends upon plutocrats paying little or no taxes.

See, like Uncle Scrooge, some of these jokers are pathologically addicted to hoarding. It's not enough that the top 1 percent of income earners in the United States own 40 percent of the nation's wealth. They'd really like it all.

But I digress. Glenn Beck's unacknowledged Sugar Daddy is an outfit called FreedomWorks. Mark Levin's is Americans for Prosperity, another Koch brothers production, which, along with tax cuts, devotes itself to complaints about burdensome regulations preventing energy producers like Koch Industries from disposing of drilling waste in convenient nearby streams.

"Defending the American Dream," they call it.

Granted, it's hard to feel sorry for gullible listeners who hear Beck ranting about how Armageddon approaches, so they should hoard canned goods and buy gold. This on a program sponsored by Goldline. Somebody's going to con them out of their savings, so it may as well be Beck.

Shoot, they can always fall back on Social Security until President Michele Bachmann does away with it.

"I wish more of the grass roots knew the reality that this wasn't Rush or Sean or Beck saying these things out of the goodness of their hearts," said one conservative who decided the payola was too expensive and ethically dubious. "If the grass roots found out that these guys were getting paid seven figures a year to say this stuff, it might leave a bad taste in their mouth."

I have every confidence, however, that the grass-roots talk radio audience can rise above such niggling concerns -- and for the same reason that a failed "end of days" prophet's deluded followers patiently await his recalculations.

After the catastrophic Bush presidency, the Republican right had two choices: rethink or go crazy. A disturbing number chose to double-down on dogma. As a consequence, the estimable Fareed Zakaria argues in Time, the GOP has become as dependent upon abstract ideology as its worst enemies.

"They resemble the old Marxists, who refused to look around at actual experience," Zakaria writes. "'I know it works in practice,' the old saw goes, 'but does it work in theory?'" Indeed, watching the cast of Republican presidential candidates in their recent CNN debate reminded me of the ferocious certitude of Kremlin apparatchiks depicted in Vassily Aksyonov's brilliantly satirical novel "Generations of Winter."

No more "compassionate conservatism" for them. The GOP candidates competed to describe an imaginary paradise of sweeping tax cuts, vastly reduced spending, an end to government regulation, the bolstering of state's rights, and burgeoning prosperity for all. It's as if the presidency of George W. Bush never happened.

"Does anyone think," Zakaria asks, "we are really going to get federal spending to the level it was at under Calvin Coolidge, as Paul Ryan's plan assumes?"

Every single candidate in the New Hampshire debates pretended to. Tim Pawlenty even went Ryan one better. Why, simply by eliminating capital gains taxes altogether -- rendering unto Scrooge that which is Scrooge's -- we'll have 10 years of 5 percent growth, something never approached in U.S. history.