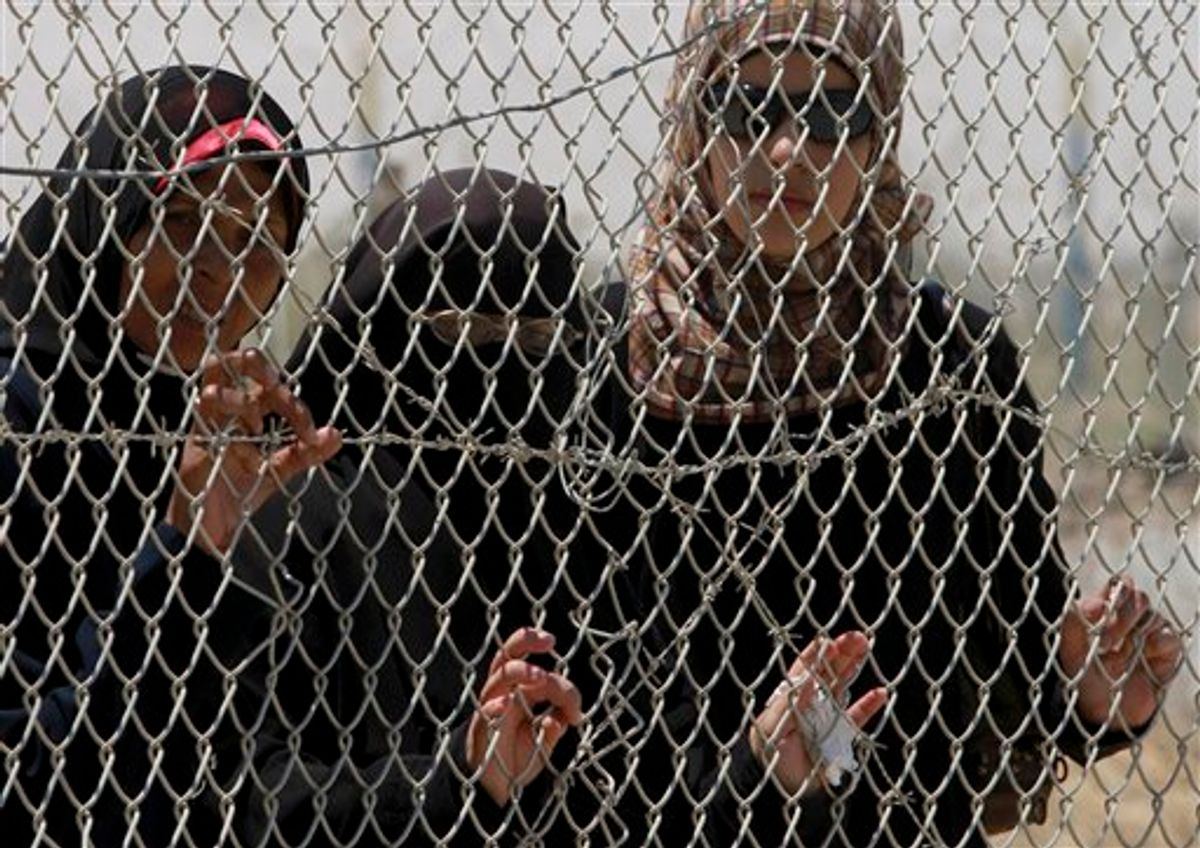 Israel's prime minister says the government will withhold privileges from Palestinian prisoners because Hamas has rejected a Red Cross appeal to visit a long-held Israeli soldier.

Benjamin Netanyahu did not offer many details. He told a conference, "I stopped that absurd procedure whereby terrorists in Israeli prisons who murdered innocent people register for academic studies. ... There won't be M.A. students for murder or doctoral candidates for terror."

Earlier Thursday, the International Committee of the Red Cross asked to visit Sgt. Gilad Schalit, who has been held captive by Hamas-linked militants for five years.

JERUSALEM (AP) -- The International Committee of the Red Cross appealed to Palestinian armed groups on Thursday to prove an Israeli soldier captured five years ago is alive.

Gaza's Hamas rulers turned down the Red Cross' previous requests to visit Schalit, who was captured June 25, 2006, by Hamas-linked militants in a cross-border raid.

There has been no sign of life from him for nearly two years, when Hamas released a short videotape.

Hamas spokesman Sami Abu Zuhri accused the Red Cross of being a tool of Israeli intelligence, and said the Schalit case would be ended by swapping him for Palestinian prisoners.

Later Thursday, about 20 relatives of Palestinian prisoners held by Israel gathered outside the Red Cross office in Gaza City, threw eggs and empty bottles at the building and demanded an apology.

The crowd, mostly women, broke a sign on the wall of the building before Hamas police arrived and sent them home.