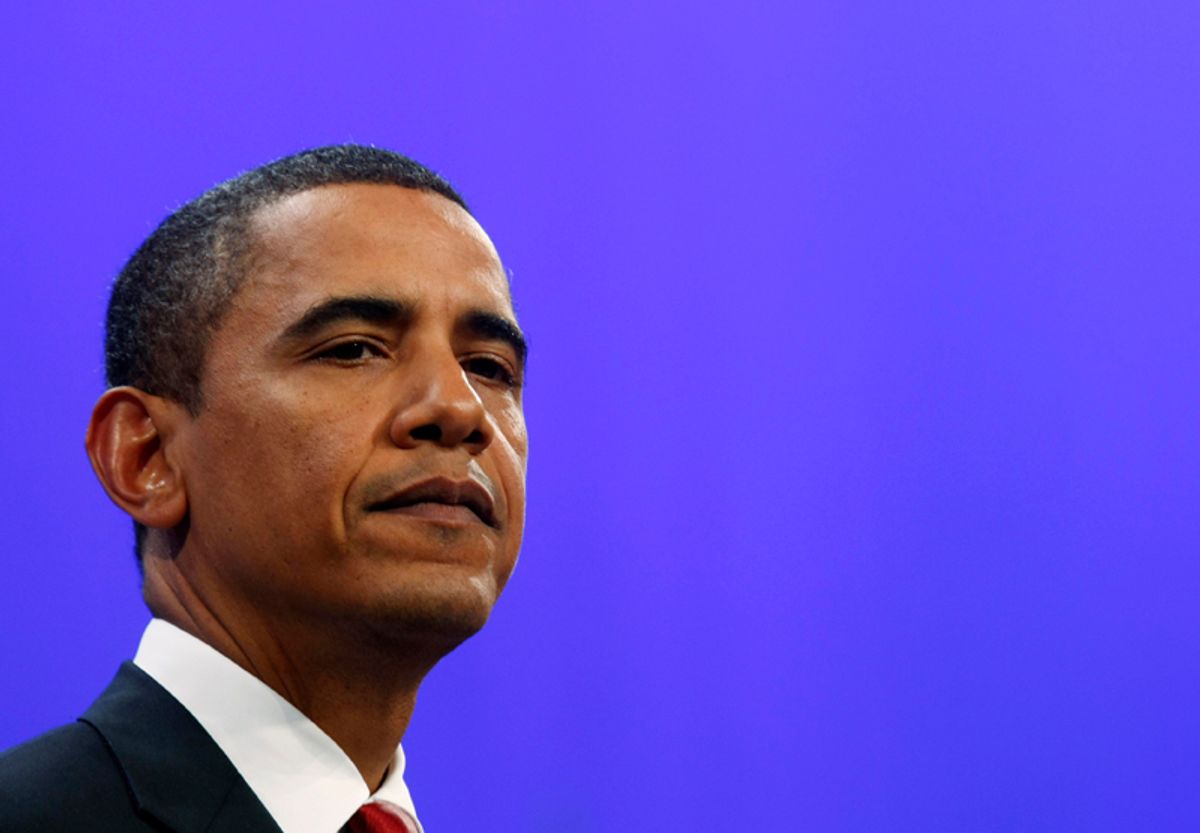 Thursday's Hill newspaper story on the White House's new Libya War is one for the history books. It is probably the most concise summation of two of the most powerful post-9/11 tropes in our politics.

First and foremost, as my Salon.com colleague Glenn Greenwald deftly shows, it exemplifies the unprincipled, hyper-partisan nature of our public policy discourse, to the point where on the gravest matters of war and peace, professional politicians and activists are thrilled to use the same jeremiads they previously criticized once it is in their momentary self-interest to do so.

But that's not all that this article so perfectly captures. In quoting the Obama administration's petulant criticism of Congress, it gives us a candid-camera snapshot of the executive branch's Kingly Presumption of blatantly unconstitutional authority. Here's what I mean (emphasis mine):

President Obama and his aides appear increasingly angered by threats from Congress over the president's authority to intervene in Libya.

Both in remarks the president made during his address on Afghanistan Wednesday night and in comments made by senior administration officials, the White House is losing patience with Congress...

One senior administration official, on a conference call with reporters Wednesday afternoon, seemed even more angered by the defunding threats from both sides of the aisle.

"And I think, astoundingly, there is a move in the House of Representatives to take an effort as it relates to the ongoing effort to stop a tyrant in Libya and to turn it into a political football in such a way here as to give, at a critical time -- potentially send a very negative signal to the leadership of that country, which, as we all know, has over the course of time carried out hateful and heinous attacks against U.S. citizens, including terrorist attacks."

If we take the Hill's portrayal of its sources as an accurate picture of the White House's not-for-attribution statements and attitude, and put it next to an administration that insists it is "astounding" for Congress to even consider fulfilling its War Powers Clause/War Powers Act responsibilities (and yes, they are responsibilities and not just prerogatives) -- we see a posture that goes way beyond the mere "unitary executive" theory. We see, in short, an administration asserting a monarchical supremacy that inherently assumes that there's no need to even rhetorically argue the legality of actions, much less halt those actions.

This, to be sure, is a step further down the authoritarian path than the recent -- and preposterous -- insistence by the White House that the Libya War is not actually a war. Obviously, it is a war as evidenced by the bombs, civilian casualties, Pentagon price tag -- and obviously the administration actually sees it as a war, as evidenced by its (correct) decision to grant soldiers combat pay.

At least with the administration's "War Is Peace" message, the president was implicitly admitting he was required to try to offer an explanation -- however ludicrous and transparent -- for how his actions can possibly be seen as legal. But now the message has clearly changed from Orwellian horseshit to the Kingly Presumption, spiced up with a few salutes to ends-justify-the-means-ism.

It is this shift that threatens to create a new precedent that goes beyond even this administration's current practice of totally ignoring Congress. If he is successful in pioneering the Kingly Presumption, Obama will have permanently delegitimized the right of Americans and their lawmakers to even question the legality of illegal war.