Her bus tour is just postponed until some unspecified time, but the Africa trip is now off 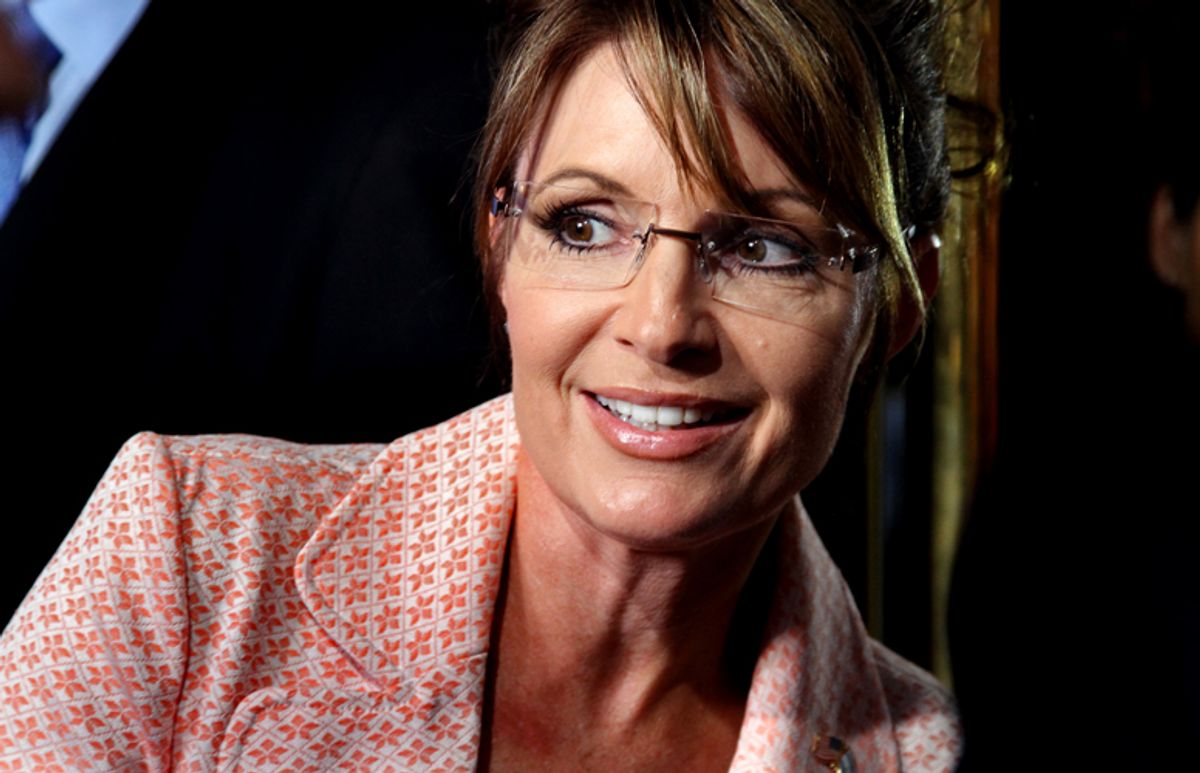 Former governor of Alaska Sarah Palin looks back at a crowd as she walks to the door of Trump Tower for a scheduled meeting with Donald Trump in New York Tuesday, May 31, 2011. (AP Photo/Craig Ruttle) (Craig Ruttle)
--

Sarah Palin has uncanceled her bus tour. Not only is it back on, but we are all supposed to believe that she never canceled it to begin with, she just went back home for weeks without telling anyone anything about when her bus tour would be resuming. Because of jury duty? (Gov. Palin: You can defer jury duty, if you're out of town on an important bus tour designed to restore America!)

Palin, of course, is still not saying when her magical mystery tour will start back up, because she probably hasn't decided yet, because she's an undisciplined flake who is just stringing along her incredibly devoted followers and resentfully trolling the media. Still: Not canceled, lamestream media! Just indefinitely postponed without notice.

But one thing that is definitely canceled is her trip to Sudan with evangelical preacher Franklin Graham and top Scientologist Greta van Susteren. Why was that going to happen in the first place? I mean, I know our huckster-led American evangelical community sees a lot of "growth potential" in the devastated North African country, but of what possible use to anyone there is Sarah Palin, flaky former governor and failed vice presidential candidate?

Palin had to cancel on Sudan because of "scheduling issues." She is incredibly busy hanging out at home not conducting a bus tour.