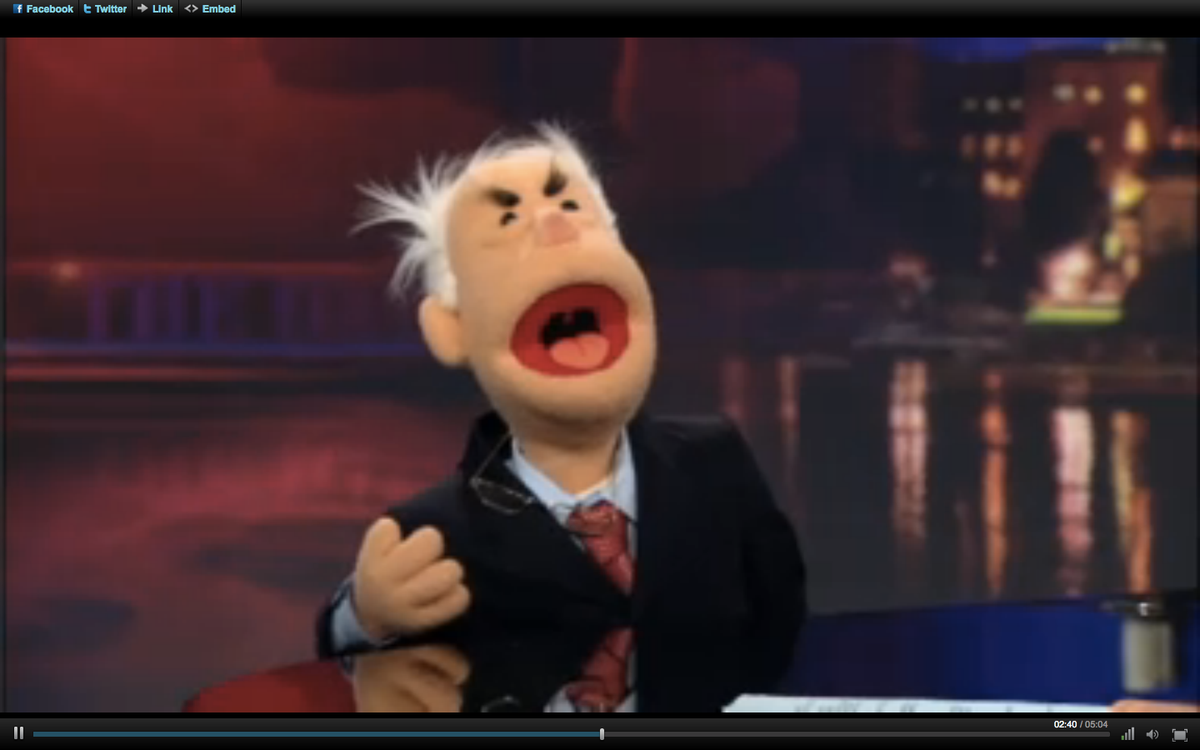 Sen. John McCain made some controversial claims over the weekend about illegal immigrants' responsibility for border-region wildfires. "[W]e are concerned particularly about areas down on the border where there is substantial evidence that some of these fires are caused by people who have crossed our border illegally," McCain said at a news conference, suggesting that "the answer to that part of the problem" was to "get a secure border." (The senator has since denied that he was referring specifically to Arizona's devastating Wallow fire with his remarks.)

As Salon's Justin Elliott has pointed out, McCain's "substantial evidence" has been hard to confirm -- and last night, Jon Stewart tried to clear things up by interviewing the politician's cranky puppet counterpart.

Stewart's McCain puppet debuted in January with this appearance: