The trolls come out for Roger Ebert 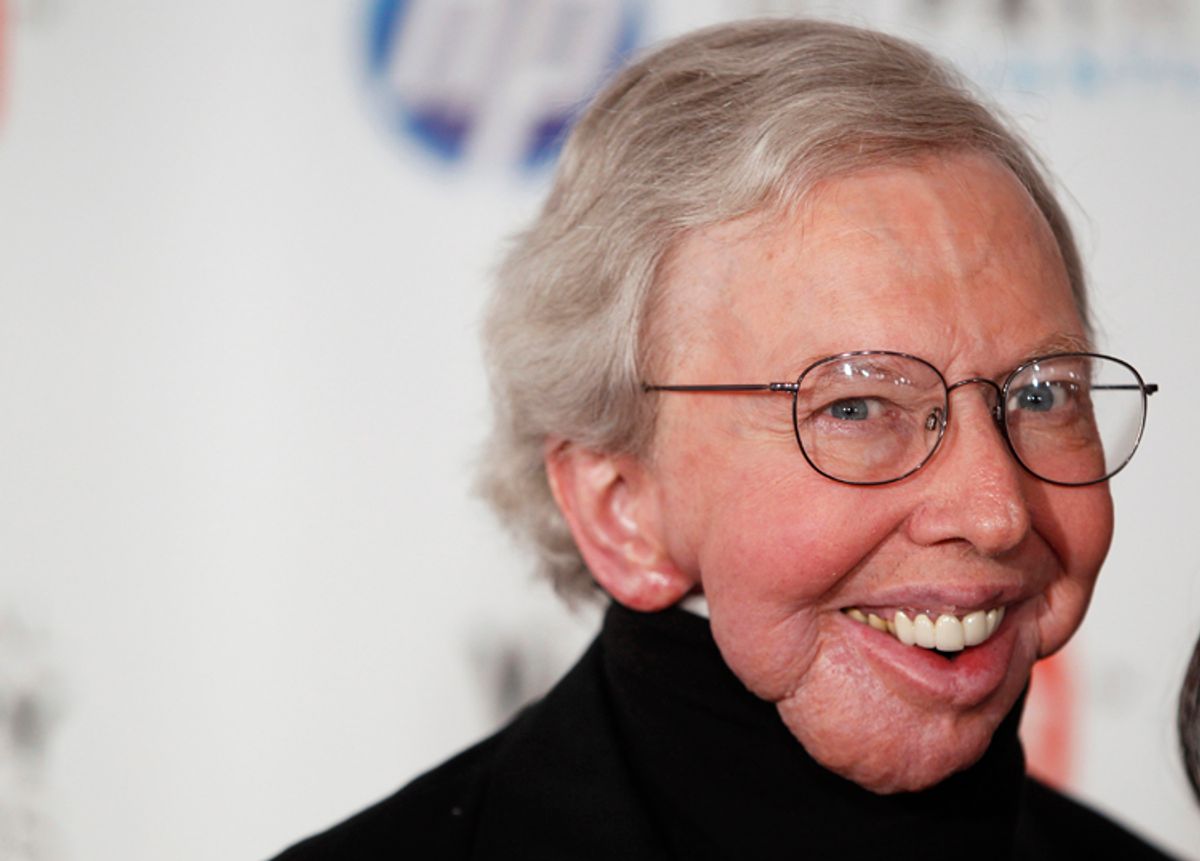 When Roger Ebert offhandedly tweeted Monday, after the car crash death of Ryan Dunn, that "Friends don't let Jackasses drink and drive," his fellow tweeters had a few choice words of response. "You're a faggot. I hope you get AIDS and then when you're on your deathbed, the hospital blows up and you die a fiery death." "I am sooooo glad u have cancer u dumb fuck…cant wait for you to die JACKASS." And "I HOPE YOUR WHOLE FAMILY DIES WITH A DICK IN THEIR ASS."  And aside from that being a really weird way to go, it's not even the worst of it.

It's not news that the Internet without trolls would be like Lindsay Lohan without a SCRAM bracelet. We see them all around us, in the comments on a YouTube video or the responses on a Facebook page. When Selena Gomez got cozy with Justin Bieber earlier this year, the Twitter crazypants came out in full force, calling her a "Whore cancer whore" and promising "i'm gonna kill ya in the night underneath your smelly bed." When Rebecca Black became an unlikely viral sensation, she found herself on the receiving end of comments like "I hope you cut yourself, and I hope you'll get an eating disorder so you'll look pretty." And when a few weeks ago, I wrote a story that was critical of Opie and Anthony I was suddenly getting "Have a stroke you cunt" replies in my tweet stream and receiving emails like "Choke on a dildo and die, bitch" -- a response my editor greeted with a perplexed, "Doesn't this seem like an overreaction?"

So common are these random surgical strikes of online diarrhea that we generally roll our eyes, try not to feed the trolls, and just keep moving. It's not like you're going to offer a convincing response to "SUCK MY DICK." But for everyone who's still got enough empathy left under their Kevlar tweet suits to be horrified at how people can celebrate the cancer of someone whose crime was being, in his own words, "too quick to tweet," or wish death on a girl for making an innocuously lousy video, let me assure you what you no doubt already long suspected -- these idiots have nothing else to do all day. Just look at their own YouTube pages and Twitter streams. It's compellingly terrible stuff. Wonder what a gentleman who called me "cunty" recently is up to now? Just yesterday calling another woman "a dirty spic." The fellow who invited Roger Ebert to "die" has moved on to several dozen tweets in the past 24 hours about what he imagines Sherri Shepherd's nether regions smell like. (It's not flattering.) And is it any surprise that the man who told Ebert to "die in front of your family" and has a Twitter name that contains the word "juggalo" also has some issues with "fags"?

That these trolls can, in the relative comfort of their protected online lives, spew off all the rage accured over a lifetime of unchecked douchebaggery is as unsurprising as it is depressing. And the fact that at least one of them I found is also tweeting about his kindergarten-age son in between rants against the "cunts" of the Internet doesn't bode fantastically for the next generation. But the pure randomness of their rage, the way these trolls really do appear to be out there all day just looking for things to be furious about, the way they can blow an opinion they disagree with into a full-on death wish, is both breathtakingly sad and poignantly hilarious. There is a fate far worse than being on the receiving end of an online death wish, and that's being on the giving end of it.