Huguette Clark hoarded works by Monet, Renoir, and John Singer Sargent -- and in her will, has started a museum 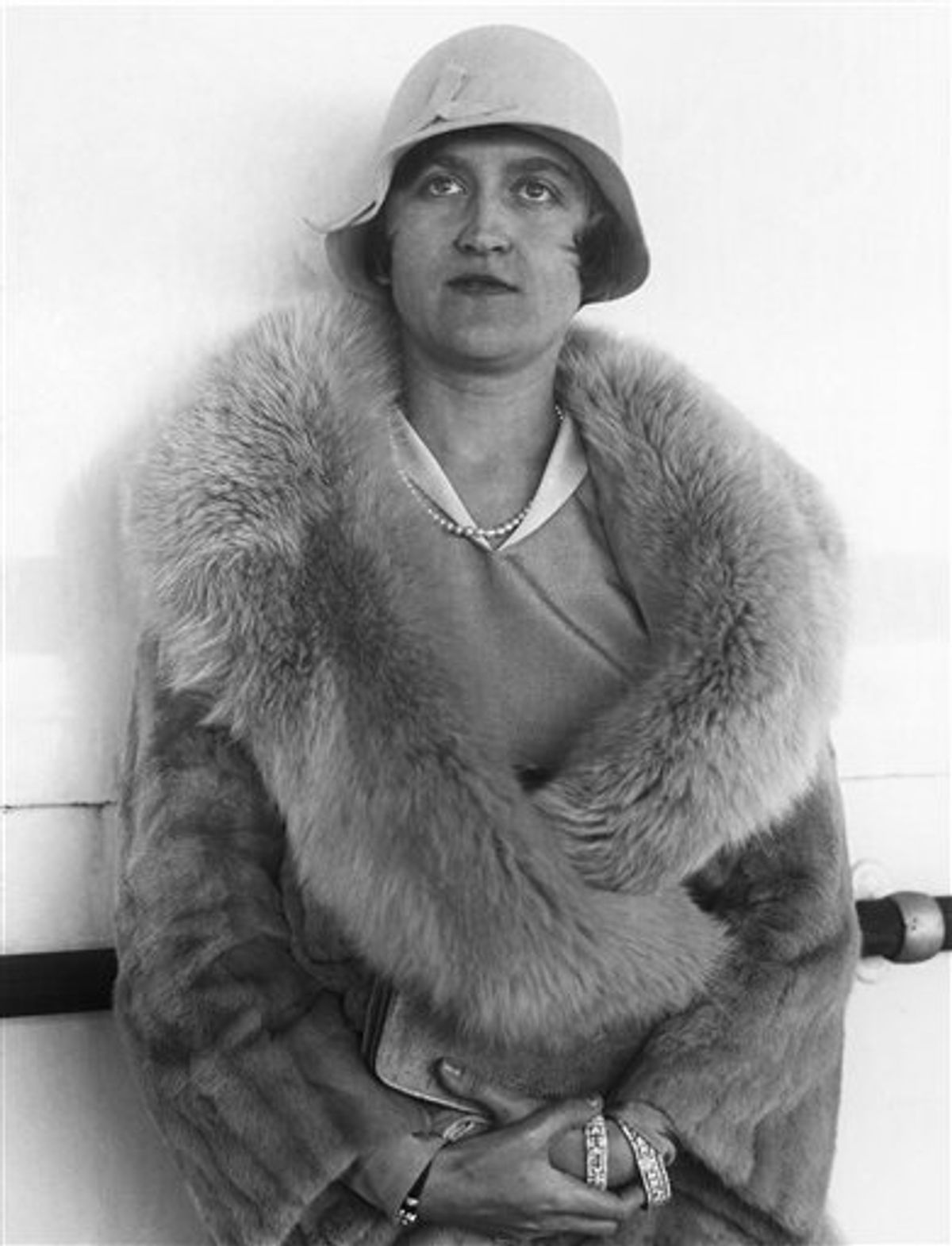 FILE - This Aug. 11, 1930 file photo shows Mrs. Huguette Clark Gower, daughter of the late Sen. William A. Clark of Montana, a copper magnate, in Reno, Nev. Clark, the 104-year-old heiress to a Montana copper fortune who once lived in the largest apartment on Fifth Avenue, died Tuesday, May 24, 2011, at a Manhattan hospital even as an investigation continues into how her millions were handled. (AP Photo, File) (AP)
--

Mysterious multimillionaire Huguette Clark was born into privilege and died, more than a hundred years later, in almost total solitude. While there was plenty of interest in her death last month, very little information could actually be reported: She hadn't been seen in public for decades, and few could guess what might happen to her $400 million fortune and uninhabited luxury properties in California, New York and Connecticut.

In her May obituary, the Los Angeles Times described Clark as "a copper tycoon's daughter with a taste for exquisite French dolls, baronial homes and solitude;" the New York Times labelled her "the last link to New York’s Gilded Age" -- a relic from "the city’s glory days of Astors, Guggenheims and Vanderbilts." Clark had been raised in a different world, and (or so the papers implied) she seemed to have stayed there, isolating herself from the twenty-first century and its inhabitants.

Indeed, Clark might have died in relative obscurity (as much obscurity as someone worth $400 million can achieve, at least) had it not been for several MSNBC features published last year, including one that questioned the motives of those who cared for the heiress, asking provocatively: "Who protects an old lady who secluded herself from the world, limiting her life to a single room, playing dress-up with her dolls and watching cartoons?" The piece ignited interest in Huguette, ensuring that plenty of eyes would be trained on her estate in the instance of her demise.

Now that Clark has died, questions about her estate and vast personal holdings are finally being answered. The heiress' will was released this week -- you can read the entire document here (pdf), courtesy of the New York Post -- and it has some interesting bequests.

Part of Clark's immense estate will be used to start a new fund, the Bellosguardo Foundation, "for the primary purpose of fostering and promoting the Arts." The showpiece of the foundation will be Bellosguardo itself: Clark's grand California home, set on 23 acres and reportedly worth $100 million. The property will be made into a museum -- filled with art (including paintings by Renoir and John Singer Sargent), musical instruments (including a Stradivarius), and rare books, all moved west from Clark's kingly 42-room Fifth Avenue apartments. Clark herself had apparently not visited Bellosguardo "for at least 50 years" before her death; now, the house will likely attract large crowds.

Not all of Clark's art will go to the California estate, however; a $25 million Monet -- one of the "Water Lilies" paintings -- has been left to Washington, D.C.'s Corcoran Gallery, which already has a wing named after Clark's senator father (and owns his 775-piece art collection).

As to the people who will personally profit from Clark's will -- including, prominently, the heiress' longtime nurse -- The Atlantic Wire has assembled a handy cheat sheet. Clark left nothing to her relatives, whom her attorney, Wallace Bock, says she "knowingly and assiduously avoided" over the years.

One million dollars will be split between Bock himself and Clark's accountant, Irving Kamsler, both of whom fell under suspicion for mismanagement of Clark's wealth when last year's MSNBC report was released. "The Manhattan district attorney’s office is investigating how Mr. Bock and Mr. Kamsler have handled Mrs. Clark’s money, according to a person briefed on the case who spoke on the condition of anonymity," The New York Times reported Wednesday.