"Jersey Shore" cast gets the boot after Season 5 wrapup 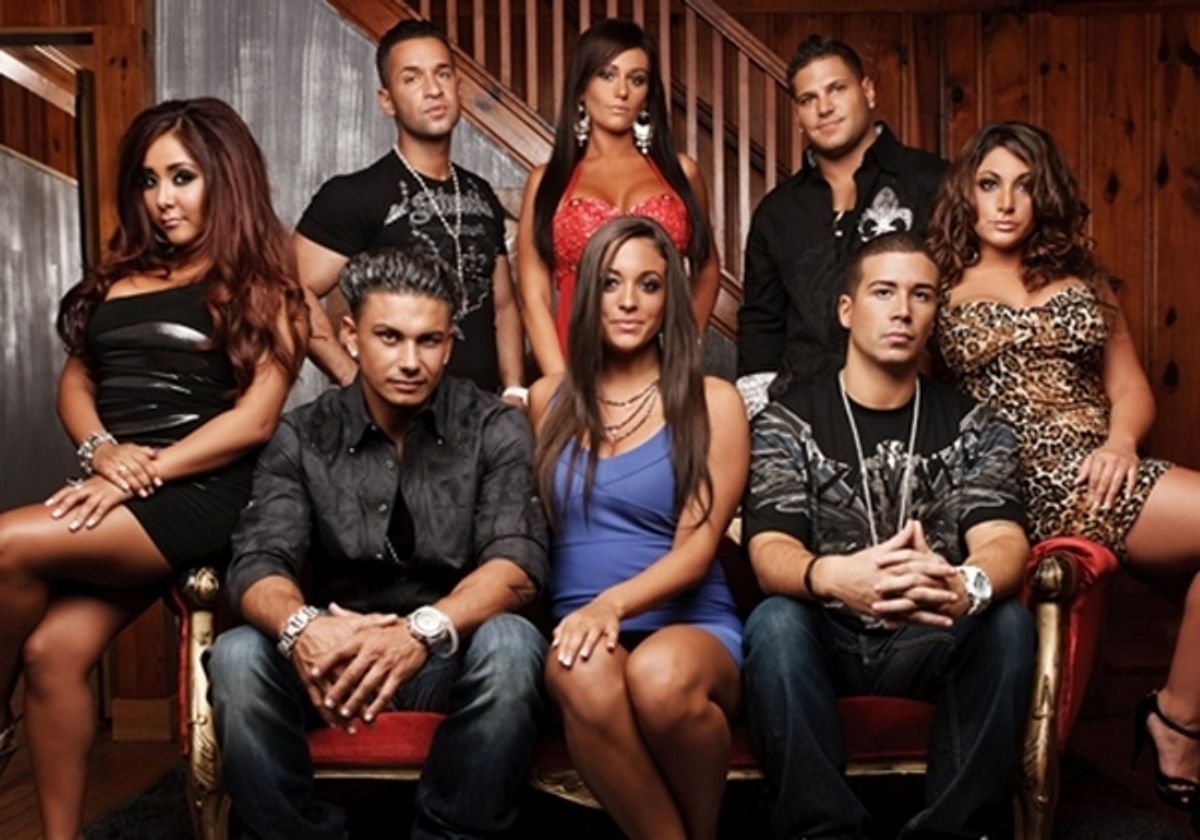 I guess that Italy really did put a curse on the cast of "Jersey Shore." Not only have more than half the self-proclaimed Guidos been injured during the filming abroad, but now MTV is putting the kibosh on the kids after they finish up shooting the fifth season back in New Jersey.

To the rest of us, this tragicomic experiment has already gone on too long. Why do these poster children for bad ideas need another 13 episodes back on the shore once they've returned from their failed European vacation? Although the jury is still out on whether car accidents, fistfights and carpal tunnel syndrome count in the "con" column to MTV producers, the fact is that any real dramatic tension on the show is usually leaked months ahead of time by the paparazzi, and Italy has been relatively quiet on that front. Not a good sign about the narrative arc this season.

Despite your personal feelings toward the show, the ratings on the "Shore" have inexplicably remained near the top of their time slot all three seasons ... including the most recent incarnation last fall where literally nothing happened beyond Ronnie and Sammi Sweetheart toeing the line on domestic violence charges.

So while it's tempting to ask why MTV hasn't pulled the plug sooner on the show, a better question would be, "Where are they going to find new personalities big enough to fill the oompa-loompa-shaped hole left by Snooki?" A cash cow like "Shore" doesn't stop running just because the players have started Derek Jetering their way into larger paychecks; it just attempts to stop the bleed-out. After salary disputes that have to be renegotiated every season, MTV is just letting go of the entire team -- from Vinny to JWOWW and everyone in between -- and hiring a new crop of eager young idiots who will work for peanuts compared to the millions Michael "the Situation" Sorrentino currently makes.

Although, if it's a money issue, it seems a strange move on MTV's part to give half of the original "Jersey Shore" cast their own spinoff shows -- the Situation, Snooki, JWOWW and Pauly D. have already been signed by the network for their own programs. Again, though, the logic underneath this move is actually quite clever: MTV gets to trim the deadweight like Deena, Ronnie, Sammi and Vinny while keeping the break-out "stars" of the show to spawn even better ratings in four different time slots. It's what the network does with "16 and Pregnant," where the most "interesting" girls from each season get to go on to the next stage of reality show fame with "Teen Mom."

And thus the circle of life continues. Hakuna matata, keep on trucking, and don't forget to set your DVRs for "Pauly D.'s DJ Party," coming next fall to a purgatory near you.

Update: MTV has denied the rumors of switching the current lineup: "We love the present cast, and their summer adventures have just begun. We currently have no plans to recast the show."