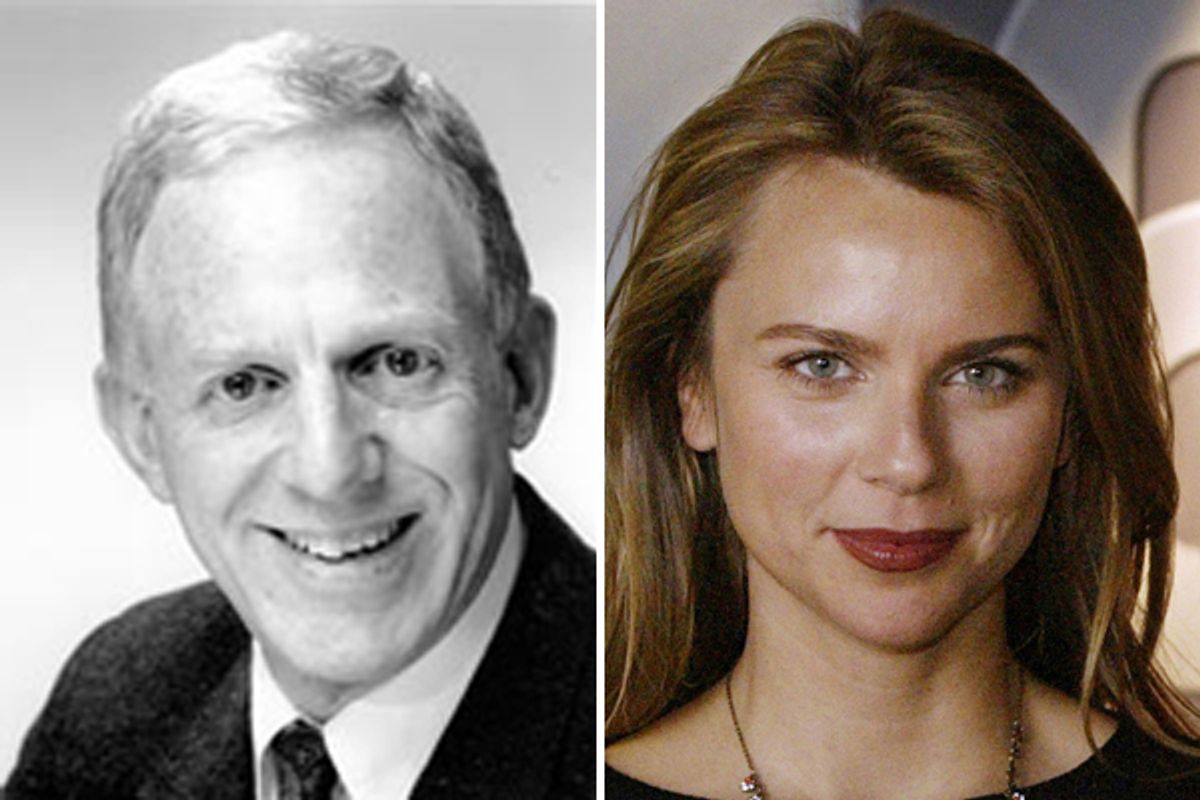 It's a good rule of thumb that when a writer says something like "obviously we shouldn't blame the victims," he's about to say something that completely contradicts that notion. Likewise, when Philadelphia's Broad Street Review editor in chief Dan Rottenberg wrote this month that "Women today are technically free to do all sorts of things that were forbidden to their grandmothers, which is all well and good," what else could possibly have followed but a tawdry screed of victim-blaming? And what happened next has blossomed into a durable dialogue in the Philadelphia press -- and provided the inspiration for a provocatively titled new play.

It began as an editor's response to an earlier story in the BSR, an online arts publication, about "Male sex abuse and the silence of women," in which writer Sarakay Smullens wrote about the need for women to "speak up" about sexual abuse, and mentioned, among other things, Lara Logan's brutal assault in Egypt last winter. Rottenberg's piece, in contrast, features a photo of a glamorous Logan in a low-cut dress with the caption, "What message was the TV journalist Lara Logan sending here?" Oh, wait, I know this one. Was it, go ahead and rape me at some later date, angry mob?

He then goes on, I kid you not, to devote a whole subhed of his story to "Logan’s cleavage," and note, "I can’t help thinking that women also need to take sensible precautions before they’re victimized …. if you want to be taken seriously as a journalist, don't pose for pictures that emphasize your cleavage." And then it gets worse. He advises women flatly, "Don’t trust your male friends. Don’t go to a man’s home at night unless you’re prepared to have sex with him. " He explains, "Rape and the notion of sexual conquest persist for the same reason that warfare persists: because the human animal -- especially the male animal -- craves drama as much as food, shelter and clothing. Conquering an unwilling sex partner is about as much drama as a man can find without shooting a gun -- and, of course, guns haven't disappeared either. Earth to liberated women: When you display legs, thighs or cleavage, some liberated men will see it as a sign that you feel good about yourself and your sexuality. But most men will see it as a sign that you want to get laid."

Earth to Dan Rottenberg: "Conquering an unwilling sex partner" is not a "craving" on par with food, shelter and clothing. It is not even a "drama." "Game of Thrones" is a drama. Rape is a violent crime. And normal, functioning men don't automatically take a woman's "display of legs, thighs and cleavage" as an automatic green light they "want to get laid" -- and even those who do don't mistake wanting to get laid with wanting to be abused.

Rottenberg then caps his polemic with a tale of two women on his block back in the day, one of whom was never assaulted and the other, who "could be seen puttering around her living room in shorts and a halter" and had a far rougher time.

Since the editorial ran early this month, the response from the local Philadelphia arts community and media has been intense. A piece by Tara Murtha in last week's Philadelphia Weekly called Rottenberg out for his ability to "in less than 800 words ... normalize the desire to rape; attribute that desire to rape to all men ... and [saddle] women and girls with the responsibility of avoiding being attacked."  Change.org and the Women's Media Center have organized a petition, so far over 2,500 signatures strong, asking for Rottenberg's removal as editor of the BSR.

Local playwright Cara Blouin, meanwhile, has whipped up a provocatively titled new short theater piece, "Dan Rottenberg Is Thinking About R@ping You," which debuts Saturday night in Philadelphia as a benefit for Slutwalk. Blouin told PW this week that Rottenberg's original article "itself is inherently theatrical ... Immediately I imagined it as a presentation from him, offering his advice as a five-step program to avoiding sexual assault ... I think every woman has been in the position of trying to explain why this kind of thing is not OK and knows how frustrating it is to try to explain it. Satire gets at it much more closely."

Whether Rottenberg gets either the joke or the seriousness of his words remains to be seen. But his deeply felt faulty reasoning is sure there on display in every line of his cleavage-obsessed screed. It's there when he writes of his two female neighbors, "Ann, you see, saw crime as a personal issue to be solved through her own ingenuity. Sarah perceived it as a political issue to be solved by changing the world."

Here's the crazy thing, Rottenbergs of the world. They're both right. Most of us with common sense, male and female, do lock our doors and circumvent the dicey neighborhoods. But the idea that deviant male behavior is something women need to keep in check is a big wide load of horse manure, and we're going to keep calling BS on it until the world does change. And if you're a rapist, that might be my problem, but that doesn't make it my fault.