Did Obama "wimp out" on gay marriage? 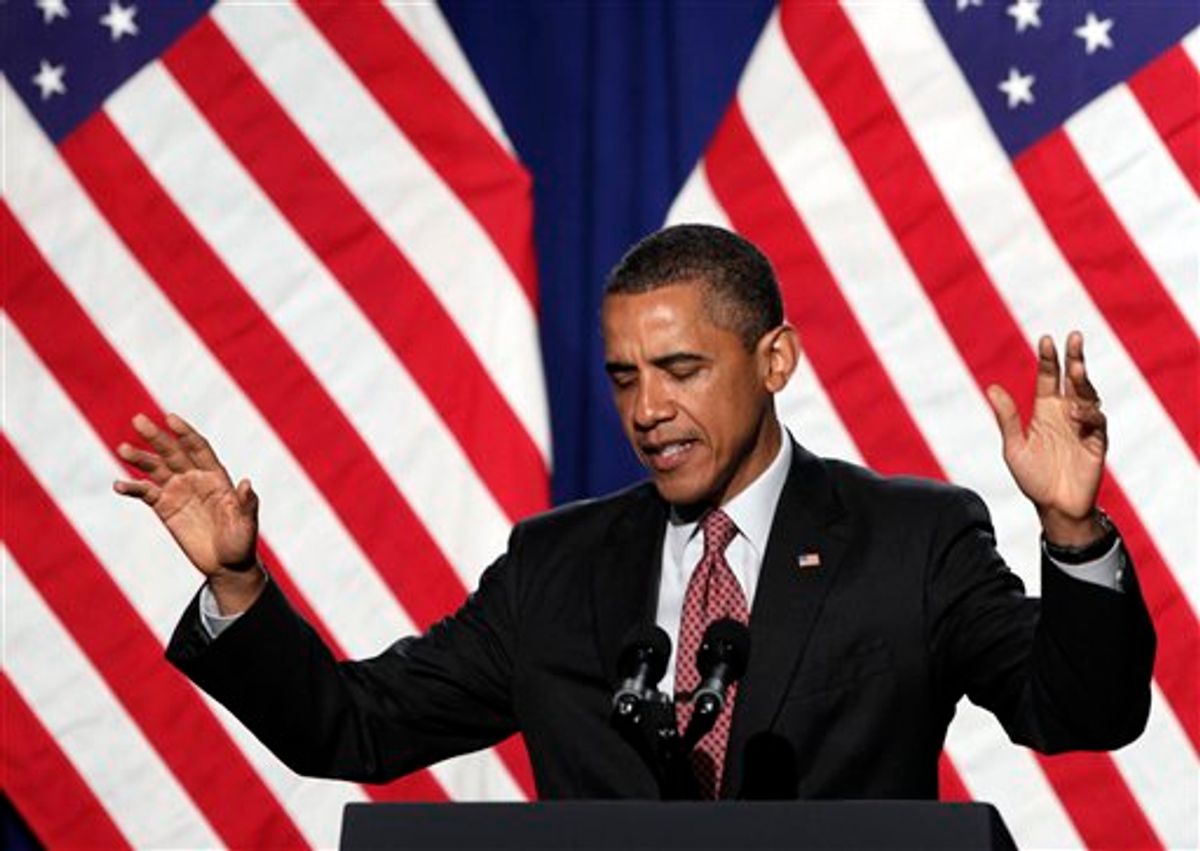 President Barack Obama spoke to LGBT supporters (and generous contributors) at a gala fundraising event in New York City Thursday night. Because of the event's location and timing -- smack in the middle of the New York state legislature's debate on gay marriage -- the president was under intense scrutiny; some same-sex marriage backers hoped (despite warnings to the contrary) that the president might finally offer them his unequivocal support.

They were almost universally disappointed. "Instead of discussing his stand on the issue -- one on which his aides have said he’s 'evolving' -- the president described the battle underway in New York as a hallmark of democracy," Politico's Maggie Haberman reported. Members of the audience "were clearly looking for more."

"Certainly the gala offered the perfect opportunity for Obama to at least throw his support behind the same-sex marriage bill currently working its way through Albany," Nancy Goldstein wrote this morning in The Daily Beast. But "instead Obama, reading from a script that might as well have come from 2008, offered up a straight diet of the same ringing but empty 'inspirational' rhetoric that has begun to wear thin with so many of his progressive supporters." The performance was a "wimp-out" -- and, for the president, a lucrative one.

President Obama said he expected some heckling and he got it. More than 600 gay, lesbian, bisexual and transgender people paid $1,250 each to attend a Democratic fund-raising dinner in Manhattan on Thursday and, to the vocal disappointment of some, they did not hear him endorse same-sex marriage generally or the bill that would legalize it in New York State.

Not everyone was overcome with frustration, however. "I wanted to get mad, but I couldn't," writes CNN's LZ Granderson. "Politics, like the circus, requires its workers to deal with a whole lot of crap. ... It's unfortunate that our political landscape is couched in a this-or-that framework, but until that changes, I don't see how marriage equality becomes a reality without playing the game."

"Does this strategy energize his base?" Granderson asks. "No. But it doesn't provide his opponents with the kind of sound bite that could energize theirs, which is equally as important."